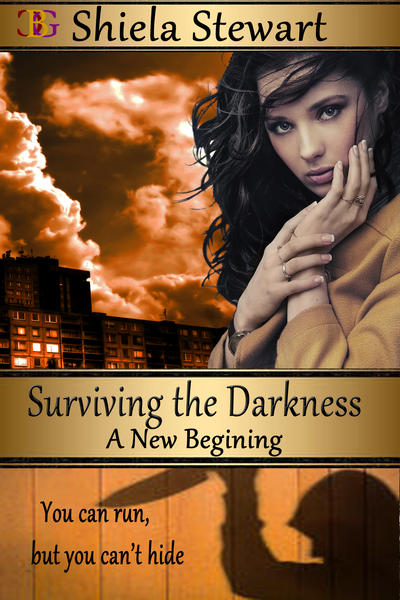 Recently a new neighbor has moved in. Well, of the furry kind. A floppy eared, hoppy kind. It's not unusual to see a rabbit or jack rabbit hopping down the street, or sitting in a yard. The hop away if you try to get close. Me and my family love seeing them and watching them. Several years ago, rabbits decided to take up residence in my back yard. My poor black lab, Bella (RIP) was terrified of them. LOL

But back to my new neighbor. We would come outside to see her (my hubby insists it’s a boy) hunched down in their flower garden. She’s dug out a spot where she sits.

Why, you may ask, do I insist it’s a girl? Because she goes to the same spot every time. She dug a spot in the dirt and she hunches right down and sits there all day, leaving a few times, I assume, to eat. I think she’s making a spot to have her babies.

I think it would be cute to see a bunch of tiny bunnies hopping around. But I do agree with my daughter. They’d eat my plants, though she hasn’t touched any so far.

We’ll keep watching her, and maybe soon, I’ll see some tiny hoppers in my yard.

Then one day, while watching her sitting in her usual spot, I jokingly said to myself, Maybe she’s a shifter. That’s my author's brain at work. My mind goes into overdrive and I began building a story around her. What if she’s a shape-shifter, and she has been sent here to observe the human race, to learn from us, imitate us? What if they plan to take over the world? There could be millions of shape-shifters around in other forms, monitoring us and we would never know it. I now, it's just fiction, yet… when I asked the bunny if she was a shape-shifter, she looked at me, then hopped off. Hmmmm, Maybe…

And that’s what brings me here today. My shape-shifter story, Surviving the Darkness. I’ve never written a shape-shifter into any of my books. I mainly write about vampires, demons and ghosts. Yet here I was, creating a shifter, and not just any shifter. He’s a wealthy bar owner with a passionate heart. And what better place for a shifter than in a town run by vampires.

Surviving the Darkness is the last book in my Darkness series.

Here is the blurb

“What is that?” A rag doll-like dummy held up by posts on either side stood in the living room.


“Your enemy.” Taking her hand in his, Zach led her to the dummy. “Meet Buster.”


“He’s here for you to beat on.” He made the dummy dance and brought out a smile.


“I can feel you hesitating when I’m teaching you self defense. I know it’s because you don’t want to hurt me, so this is my solution.”


“You want me to pound on this rag doll?” She held a hand out to the dummy.


“I do indeed. He can take it.” To demonstrate, Zach threw out a right cross that shook the dummy on the release.

“You’re a very strange man.” Yet it made her smile. When he took her in his arms, drawing her to his chest and kissed her forehead, then her lips, every muscle relaxed.


“I love the dreamy look in your eyes after I kiss you. Okay, let’s get started.”


She felt absolutely ridiculous, but she stepped up to the dummy and jabbed it with her right fist.


Zach snorted beside her. “My grandmother can punch harder than that, and she’s a hundred and ten. Come on, Deborah, give it all you’ve got.”


“Seriously?” That can’t be real. He was probably just egging her on.


“As serious as I am standing right in front of you. Come on, show me what you’ve got.”


Deepening her frown, she jabbed the dummy one more time with a little more heat.


“If he had a voice he’d be laughing at you right now. Hit him, Deborah!”


Shooting Zach a heated glare, she balled her hand and plowed it into the dummy’s gut. It rocked, it teetered, but remained standing.


“See. Now kick it.” He demonstrated with a kick to the dummy’s shin.


“This is stupid,” she said with a roll of her eyes.


He was beginning to piss her off. Lifting her right foot, she slammed it into the dummy’s gut with enough force to have it rock back and forth several times before coming to a stop. “Happy?”


“Not particularly, no.” He walked behind the dummy and lifted one ragged arm. “Is that all you’ve got?” he said in a wimpy, high-pitched voice. “Come on, weakling, bring it on.”


“Look at you, all frail and scrawny,” he continued with the silly voice. “Those arms are like toothpicks. You can’t take me. You’re too weak.”


“Why do you want me to beat on this poor, defenseless object? We both know I can punch and kick.”


“Why did I get you to scream for two days?”


“Because you’re a sadist?” One blond brow lifted.


“I’ve never been called that before. No, it meant to open you up, bring out the fighter in you. Now kick me, Deb and do it with meaning.”


“You never call me Deb.” She hauled off and planted her foot in the dummy’s leg. She was sure if Zach hadn’t been behind it, the thing would have toppled over.

“Because Deborah suits you better. The dummy called you Deb. Do that again, only this time with your left.” She did, but she didn’t have as much power in her left as she had in her right.

“Good, now try the side kick I showed you and go for his mid chest.”


“This is all fine and good for a dummy, but there is no way I can do this to a human.” She did as he asked and shifting to her left, raised her right leg, then jammed it into the dummy’s chest.


She repeated the move with her left, frowning at Zach. “No, I can’t, and I won’t. I can’t hurt anyone.”


“Oh, so you would rather they hurt you. It’s your life or his—which one do you value more?”


“Mine,” she said between her teeth.


“I don’t think you really mean that,” Zach taunted, flapping the dummy’s arms at her. “Say it with conviction.”

“Mine,” she repeated a little firmer, throwing her right fist out at the dummy’s abdomen.


“Mine,” she shouted, and this time she put everything she had into the kick. She gasped when both Zach and the dummy went tumbling backward. He came down hard on his back, dummy resting on top. “I am so sorry! Are you all right?” Rushing to his side, she pushed the dummy away, amazed at its heaviness, then placed her hand on Zach’s face.

Shiela Stewart is a paranormal suspense author with a writing history that stems back to her youth.  Always a dreamer, wondering if her stories would ever reach an audience, she was finally published in 2006 and hasn’t stopped since.  It is rare to find a stand-alone book as she prefers series stories. Her longest running series to date is her Darkness series, which is a vampire romance.

Her joy for scary suspense is evident in each of her books. She has had several accomplishments, including fighting for the top spot in the rankings with author Stephanie Myers, receiving glowing reviews as well as interviews on local television and reviews and interviews in The Romantic Times Magazine.

When not writing, Shiela spends her time with the love of her life, William, and their children and grandchildren.. Her strong affection for animals is evident in the many cats she cares for.

Her favorite time of the day is at sunset.

Thanks for being my guest, Shiela. Great excerpt, and I love your cover. I'm very impressed that you did it yourself.

Thank you so much Lisabet. I love designing covers.