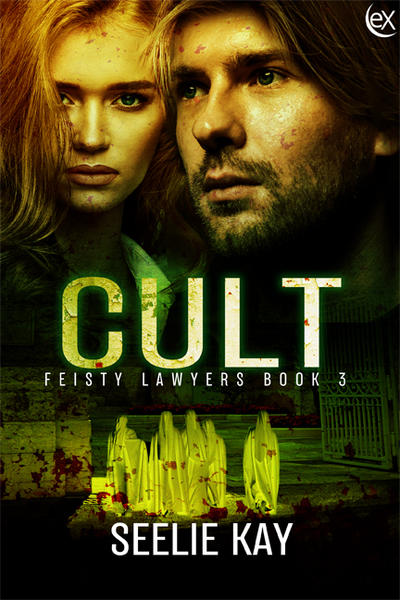 When I was in my teens, I learned that a relative I had never known and in fact, no one had ever talked about, was alive.

So I began to ask questions. And I got no answers. Until one day, someone let it slip that the man in question might be in a certain town in Canada.

Summer came and I became an intern at the local newspaper. I had forgotten about the letter. One day, my older sister showed up at work, bearing a large manila envelope. She said breathlessly, “I got the mail and grabbed this before anyone else saw it.”

I quickly told my editor I was going to lunch and we walked to a local park. After bologna and American cheese sandwiches, I opened the envelope. It was stuffed full of news clippings. The librarian had attached a note explaining that the relative had passed the prior year, but she was sending information she thought would be of interest.

I pulled out the first article and read the headline. I must have paled because my sister grabbed it out of my hand.

I retrieved the article from her hands and began to read. The relative in question had founded a notorious religious cult and defrauded “his flock” of millions of dollars. When a local newspaper exposed him as a fraud, he skedaddled with those millions, leaving many people homeless and destitute.

He had called himself “The Living Christ,” a title his adoring fans accepted without question. They worshipped at his feet. Gave testimony to miracles witnessed. Catered to his every need. And, it was suggested, sacrificed their daughters’ virginity for his lessons in the sacred sexual arts.

I was eighteen. I had no training or experience to interpret or analyze this information. So I went to my father. He showed it to my mother. Who burned it.

It was then I learned the whole story. This relative had not only abandoned his family when the oldest of his children was four, he had embarked on a life of crime. With nothing more than a sixth-grade education and a childhood spent on a tenant farm, he had crafted and successfully executed cons that brought him into contact with the pillars of society—the rich, the famous, the delightfully debauched. Highly intelligent, wickedly handsome, and sincerely charming, he spun tales that left people entranced and enthralled.

With each tale, sometimes posing as a minister, sometimes as a practitioner of the psychological arts, he picked their pockets and when discovery became imminent, skipped town, moving on to another city filled with suckers who had more money than sense.

His skill at his persuasion and his knowledge of all things religion led him to establish his own church, one that grew to more than a thousand members. He had no divinity degree. No religious education. All he had was a silver tongue and the ability to relieve people of their cash.

As a journalist, I continually asked myself, “Why? Why did people fall for his obvious crappola? Was it the times—after World War II, a world weary of war and terrified by the emergence of the Iron Curtain? Was it the need to fit in, be accepted by others? Or was it the need to believe in something, anything, that barely resembled common sense?”

Forty years later, after extensive research and gaining access to information so confidential it would not be released to the public for many years, I still had no answers. Until someone said to me, “Some people just go along to get along. Makes no sense, but it does make them happy. And sometimes, that’s all that matters.”

And that was the beginning of my latest suspense novel, Cult. 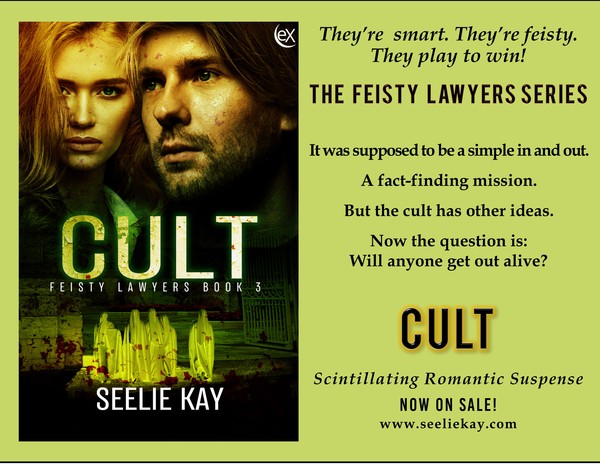 It’s supposed to be a simple assignment. A quick trip to a South American country for an “in and out” fact-finding mission. Unfortunately, the cult has other ideas.

When college students begin disappearing from American campuses, a notorious cult, God’s Delight, is the primary suspect. God’s Delight has been hosting shows featuring sex, drugs, and rock and roll around the country, and young people are flocking to them.

Among the missing is the President’s goddaughter, and he wants answers. When he asks Agent Cade Matthews, a member of a secret covert organization, to find her, the mission appears fairly straightforward. Find the God’s Delight compound, determine whether a welfare check on American cult members is warranted, and get out. Simple. Clean. Easy.

Cade sends newly-married Agents Dianna Murphy and Anders Mark to the University of Wisconsin to follow the trail to God’s Delight, but when they wind up in Bolivia, things go sideways. Suddenly, what appeared to be nothing more than a simple in-and-out could cost Dianna her life. When an Agency extraction is ordered, chaos erupts, and the question becomes, will anyone survive?
Excerpt

“But everyone can leave when they want, right?”

Tillie cocked her eyebrow, clearly amused. “Of course. But why would they? This is paradise.”

“It is indeed, darling Miranda,” drawled a deep sultry voice. A tall, well-built man dressed in a white cassock, a thick wooden cross draped around his neck, wrapped his arms around her and kissed her cheek. His loose, long blonde hair framed a tan, handsome face with a strong nose and a wicked, full-lipped grin. He turned his piercing blue eyes toward Dianna and smiled. “Hello,” he said.

The man studied her, his expression predatory.

Dianna shifted uncomfortably. So, Tillie is using another name. Meaning she’s undercover. Noted. Dianna stuck out her hand and said. “Hi, I’m Bennie. I’m one of the students from Wisconsin working over at the orphanage. You were kind enough to allow us to stay here.”

The man took her hand and stroked it, his expression suddenly thoughtful. “Tell me, Bennie from Wisconsin, what do you think of my paradise?” His hand moved to her lower arm.

Dianna flushed. My paradise? Is this Reverend John? “It’s beautiful. Peaceful. But hot. And humid. Really humid.” She gazed up into the man’s eyes, somewhat stunned at the lust she found there. My God, he looks like he wants to devour me. Dianna quickly looked away.

The man chuckled. “You get used to it. But we keep the air-conditioning on in the dormitories for the newbies and limit their time in the sun. And of course, we all take a siesta during the hottest part of the day if we need one.” He released her arm.
“We worship at day’s end when the air begins to cool. Otherwise, things get a little…sweaty.” He leaned down and kissed her on the cheek, gently tugging her hair. Then he walked away. Dianna’s gaze did not leave him as children followed him, playfully competing for his attention. Just like Jesus.

Coming soon to all other major booksellers! Seelie Kay is a nom de plume for a writer, editor, and author with more than 30 years of experience in law, journalism, marketing, and public relations. When she writes about love and lust in the legal world, something kinky is bound to happen! In possession of a wicked pen and an overly inquisitive mind, Ms. Kay is the author of multiple works of fiction, including the Kinky Briefs series, the Feisty Lawyers series, The Garage Dweller, A Touchdown to Remember, The President’s Wife, and The President’s Daughter. 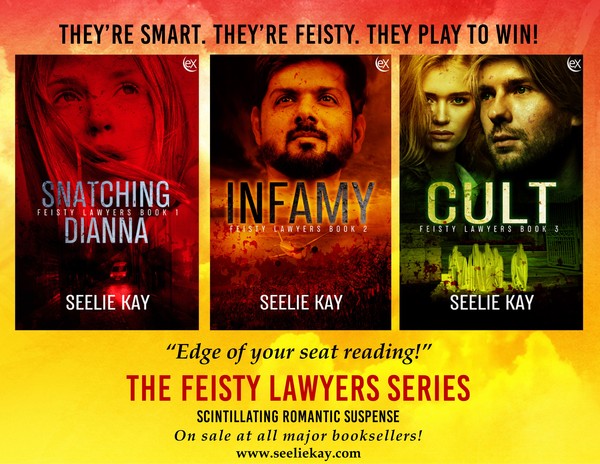 Thanks so much for featuring "Cult" today!