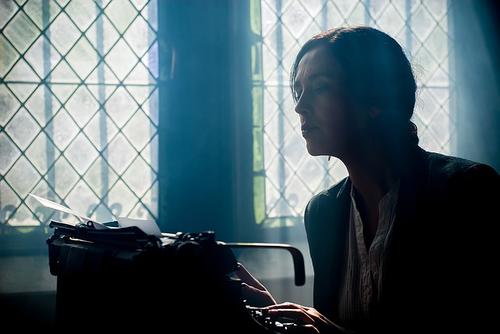 Image by Yerson Retamal from Pixabay


I wish I had a dollar for every time I’ve heard a fellow author say, “I’m not good at grammar.” I might even be able to afford a trip to Eroticon next year! Seriously, it seems that many writers find the entire question of conventionally correct grammatical structure intimidating. Some of them simply give up, relying entirely on their editors. Others try to convince themselves grammar doesn’t matter, that a reader who’s thoroughly seduced by their great story (or aroused by the amazing sex) won’t notice the blunders.

Alas, I think this is far less true than these authors would like to believe. Even if a reader doesn’t recognize an error as such, she’s likely to have a vague feeling of discomfort, a sense that “something’s wrong” with the sentence. Worse, a grammatical faux pas may end up confusing the reader, pulling her out of that zone where she’s connected with your characters to wonder exactly what’s going on.

Grammar is not just something dreamed up by high school English teachers to torture their students. English (as well as most other languages) relies on syntactic structure to convey meaning and resolve ambiguities. Consider the following example:

Rick couldn’t believe how good it felt to drive his big rod into the brunette’s pussy. It has been so long since he’d had a woman. Now he had two! The blond bombshell massaged his balls as he fucked her harder and harder.

This is adapted from a book I recently edited. The paragraph pulled me up short. “I thought he was inside the dark haired woman, not the blond,” I thought. “And how could the blond be fondling his balls at the same time that he’s screwing her?”

Of course, re-reading the paragraph made it clear that there was a problem with a pronoun reference. Pronouns should refer to the most recently mentioned noun with matching gender and number. That’s not the case here. The problem could be fixed by swapping the clauses, so the blond gets mentioned after the pronoun instead of before:

Rick couldn’t believe how good it felt to drive his big rod into the brunette’s pussy. It has been so long since he’d had a woman. Now he had two! He fucked her harder and harder, while the blond bombshell massaged his balls.

Another solution would be to replace “her” in the original structure with a noun phrase, e.g. “her girlfriend”. Now “her” does refer to the most recently mentioned noun (the blond bombshell).

I’m sure that some of you authors reading this post are rolling your eyes. “Pronoun reference?” you may be thinking. “Matching gender and number?” You’re being assailed by visions of fat, grouchy Miss Mackleswain from tenth grade, the nasty old witch who made you diagram sentences ad nauseum and memorize the names of all the different tenses and constructions. “I couldn’t make sense of it all then, when I was young and smart,” you’re thinking. “I certainly can’t remember all those rules now!”

Relax. Take a deep breath. I have some good news for you.

Grammar is not about rules. It’s about relationships.

If you’re an editor or a pedant (and I’m something of both), it’s nice to be able to apply the correct term to a particular construction. However, that’s not necessary in order to write grammatical prose. You can produce beautiful, perfectly grammatical sentences, one that would make even Miss Mackleswain weep with delight, without having any idea of the so-called rules governing the structure.

In fact, so-called grammatical rules are nothing but abstractions developed after the fact to try and make sense of the way language is actually used. That’s one reason why there are so many exceptions! Grammarians and high school teachers like to present grammar rules as prescriptive (that is, as iron clad expressions of what you should do), but in fact grammar is descriptive, an attempt to systematize the complexities of linguistic structure.

And why do I say that grammar is about relationships? Because that’s what most constructions are trying to convey.

Louisa’s boyfriend Jim had been in Hong Kong for a week.

English allows you to use the conjunction “and” to combine two independent clauses:

This compound sentence states two facts of supposedly equal importance, leaving the reader to figure out why they’ve been conjoined. In this case, you might expect a further sentence explaining the situation, for instance:

Normally, they met for sex every Tuesday and Thursday.

This last, somewhat peculiar, example suggests that maybe Louisa has somebody on the side, but that she hasn’t been able to hook up with him or her!

Verb tenses are another example of grammar constructs that are used to establish relationships, in this case relationships related to time. You don’t need to know the names of the verb tenses to understand the temporal relationships in the following sentence:

(1) Genevieve was still a virgin, even though she had slept with several men.

The whole narrative is in the past, but it’s clear that the sleeping with several men occurred before the time of the story.

It would mean something different to say:

(2) Genevieve was still a virgin, even though she slept with several men.

This is also grammatically correct, but implies that Genevieve continues to sleep with the men at the time of the story, that it’s an ongoing state of affairs.

Contrast the previous examples with the following:

(3) Genevieve is still a virgin, even though she has slept with several men.

In this case, we’ve pulled the story into the present, but the time relationship between the events hasn’t changed from sentence (1). Her experiences with men still occurred before the main time of the story. However, we have to use a different tense to express that relationship, because we’ve changed the first clause from past to present.

To extend this further:

(4) Genevieve is still a virgin, even though she has slept with several men. Her mother had told her to keep her pajamas on until she was sure she’d found the right guy to be her first lover.

Now we have three points in time, neatly signaled by the verb tenses:

Present: Genevieve is a virgin.
Past: She has slept with several men.
More distant past: Her mother had given her instructions about staying dressed in bed.

Actually, this example actually includes a fourth, more complicated point in time, the hypothetical time when Genevieve is sure she’s in bed with Mr. Right. As far as we can tell, this event hasn’t happened yet. English has clear ways to grammatically mark this sort of hypothetical statement. (Not every language does.)

If you’re a native English speaker, you will have no difficulty understanding the relationships in sentence (4), despite its complexity. Furthermore, you’ll know something is wrong if you read a sentence like this:

Genevieve was still a virgin, even though she sleeps with several men.

The relationships in this sentence don’t make sense. The first clause already happened, while the second is happening now.

The key to writing grammatical prose resides in that feeling that “something is wrong”. You don’t need to know the grammatical terminology or the rules, but you do need to develop your grammatical intuition. You need to learn how to evaluate your sentences based not only on the basic content, but whether the relationships are sensible and have the intended meaning.

How can you do this? By paying closer attention when you read, both your own work and work by other people.

Try to notice when you get that niggling feeling that something’s not quite right. Reread the sentence or paragraph that’s bugging you, considering the implied relationships between clauses, sentences and events. If you can’t figure out the nature of the problem, ask for help, but don’t just ignore that slight discomfort so you can get on with the story. (Don’t be lazy!)

Furthermore, you can strengthen your grammatical intuition by reading authors who produced really clear, well-structured prose. I recommend reading works from the nineteenth and early twentieth centuries. Literate prose from that period is often far more complex than would be appropriate for modern readers, but Jane Austen, Wilkie Collins, Edith Wharton and Henry James were grammar virtuosos. Educate your ear to the nuances of tense, the layering of logic. Notice how a sentence with five or six clauses can still be immediately comprehensible. You don’t have to study the structure, or figure out how it works. Just allow these exemplars to sink into your brain.

Don’t worry about the rules, just the relationships.

Of course, you also need to practice improving the grammar of your own work. Learn to recognize the mistakes you commonly make. Sensitize yourself to grammar gaffes. Finally, don’t become discouraged. Improving one’s writing craft is a lifelong process—one that can bring great joy and satisfaction.

This was such a helpful post. Thank you for sharing it.