Cover Reveal - The Ingredients of Bliss

Normally I'd have a guest today, but she never showed up. Meanwhile, I just received my cover for The Ingredients of Bliss from the fabulous Totally Bound art director, Emmy Ellis. So I thought I'd share it with you today - just to keep you from getting bored! 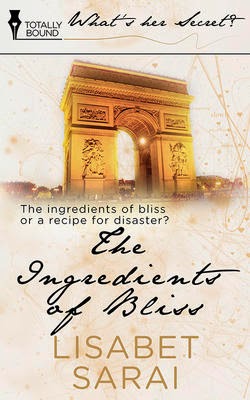 The book is a full length novel which is a sequel to Her Secret Ingredient.  Here's the blurb: