What is different about Love My Fate? #fate #rules #romance @DarylDevore 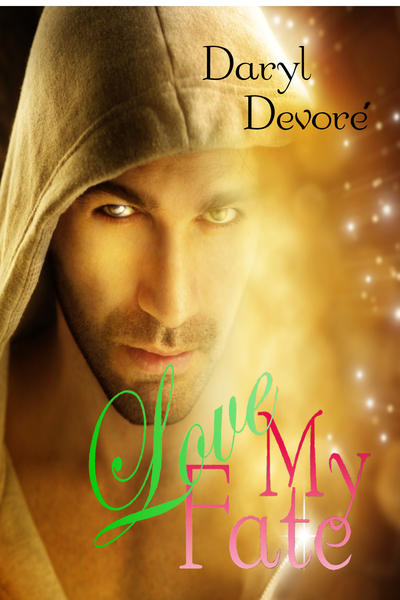 How it was written. I ignored two conventions of romances. First – Love My Fate was written with three distinct sections (acts). A lot of romances have the idea of three acts, but they are not so obvious. The story flows seamlessly from the sweet meet to the happily ever after. Nothing wrong with that. But, I like trying things outside the box. I know I’ll get grief from some readers. Some people do not handle/accept deviation from the norm. Others will find it unique.

Happily ever after just doesn’t happen. Events have to come together to get the two to meet. Both people have background, baggage, quirks and foibles which affect the development of the relationship. Instead of just focusing on the romance, this story focuses on the lives of the two people who are in the sights of Cupid’s arrow.

I let my characters tell their story and this is how Love My Fate came about.

Capri is a business executive with a crazy-ass friend, Kat. They have been best friends since elementary school. While Capri has grown into her mature, responsible corporate persona, Kat is still the wild child.

Kat orders tickets to a sex toy convention and drags Capri to the event. After several glasses of champagne, which Capri needs to bolster herself, she tours the event.

Then it follows her home. Crazy sexiness happens, but Capri can’t cope with the fantasy. She needs stability and reality in her life. She tells the voice to leave. It does and she immediately regrets her decision.

Thall is the youngest son of one of the three Fates.

The Fates control our life. They are who are called upon when a human says – oh, let the Fates decide. Clothos, Atropos and Lachesis are the three main ones with children taking over part of their job as the world’s population has exploded.

Thall has been the overseer to Capri since she was born. He watched her grow up, graduate from university, fall in love, get married and suffer through a soul-crushing divorce. Then something unexpected happened; he fell in love with her. Fates are not human. They have no emotions. Thall couldn’t understand why he felt this way. None of his thousands of siblings or cousins has a ounce of emotion, yet he craves to be with Capri.

In a conversation with Lachesis, his mother, and Xyno, his sister, he confesses he is in love. The women conspire to grant Thall his desire and let him become human so that he may love Capri.

Atropos, his aunt, is furious. It is wrong for a Fate to love a human.

This is where it all happens. And no, I’m not going to tell you.

Second convention I broke - Act 1 and 2 are written in first person POV – to really let you get into the heads of the characters. Act three – Takes a step back to third person POV and let’s the reader watch the action.

Numerous people told me I couldn’t/shouldn’t write the story this way. I ignored them. Hey, if I’m wrong – I’m wrong. But what if I’m right?!?!

Everything evolves. What if Love My Fate is the start of a new trend in writing? Who knows.

Other romance conventions were adhered to. There is suspense – action – oh, and yes – some romance (and a lot of hot sex). The action involves a crash landing – a komono dragon - a run from a tsunami – a man with a knife – a car crash and corporate espionage. Wow – I hadn’t realized how much I put these two through.

One last comment – if you like a book filled with high drama and angst – then this NOT the book for you.

What's a woman to do when a voice follows her home and makes mad, passionate love to her?

Corporate businesswoman, Capricious Gray, is dragged to a sex toy convention by her best friend. After a mysterious disembodied voice helps her with her purchases, it follows her home. Passion ensues, leaving Capri torn between lust for her fantasy lover and the desperate need for reality in her life.

Thall, son of one of the Fates, harbours the irrepressible need to be with the woman he's desired from afar for years. In order to make her his, once and for all, he must help Capri get past her fears, including the fear of what he represents - a fantasy.

Can fantasy become a reality for these two lovers?

Note: This book was previously published by New Dawning Bookfair under the title Capri’s Fate. The edition has a new title, new cover and has restored previously deleted scenes.

Who writes the blurbs for these things?

My fingers hovered over a pair of red, fuzzy handcuffs, having noticed cuffs like these around Valentine's Day and thought they'd be a giggle to own. But could I? I'd never be able to trust a man enough to let him cuff me to… well to anything. Still, I wanted them. Really wanted them. And I kind of would like to find the man who could do the cuffing. Someone mysterious, adventurous and have incredible eyes. Hmph, I'm at a sex toy convention and I'm thinking about eyes. I gave myself a little shake and turned away.

He talked about a five-function clit massager. My knees went weak and my jaw dropped open. By the time he got to powerful, easy to use and comes with multiple adjustments, perspiration trickled down my back and my panties were wet.

Did he stop there?

Nope! On to the latest and the greatest in spanking toys.

He stroked my behind with a long, black stick. "Do you like to be tamed? This is a stiffening crop." He gave my backside a slight slap.

I almost ripped his shirt off.

"You can turn it on low and be teased by your partner. Or turn to four…"

"And what?" Kat's voice was breathless.

He brushed my cheek with the crop. "It's best to save number four for a very naughty partner."

Yes, I bought it. As we left the display stall, my fingernails dug into the flesh of my palms from the vice-like grip I had on my purchases. "I need a drink."

Tee checked her watch as she led the way. "We'll go back to the VIP area. There'll be a demonstration on the main stage in about ten minutes."

I kept pulling Kat out of displays as we walked back. I think she wanted to purchase one of everything in the building.

Can you hear my thoughts?

Trying not to think anything—or pee my pants—I reached for Kat's elbow, but my hand moved and I grabbed an object in the display beside me. The label proudly read The Nipple Tickler. Vibrating nipple clamps?

Tee stepped next to me. "I have a pair of those. I just love them."

I stared at my hand. Every time I tried to open my fingers to release the package, the muscles and nerves ignored my command.

Two writers in one. Daryl Devoré writes hot romances with sexy heroes and strong heroines. Victoria Adams is Daryl's alter ego when she's inspired to write sweet romances with little to no heat.

Daryl (@daryldevore) lives in an old farmhouse in Ontario, Canada, with her husband, two black cats - Licorice and Ginny-Furr Purrkins - and some house ghosts. Her daughter is grown and has flown the nest. Daryl loves to take long walks on her quiet country road or snowshoe across the back acres, and in the summer, kayak along the St. Lawrence River. She has touched a moon rock, a mammoth, and a meteorite. She’s been deep in the ocean in a submarine, flown high over Niagara Falls in a helicopter, and used the ladies room in a royal palace. Life’s an adventure and Daryl’s having fun living it.

I applaud your willingness to do things differently. I find my stories tell me how they want to be told. That might not be in the conventional manner.

Awesome Lisabet. If we all write in the same way then stories can become like too similar.
Thanks for letting me drop by and talk about my latest book.
Tweeted.