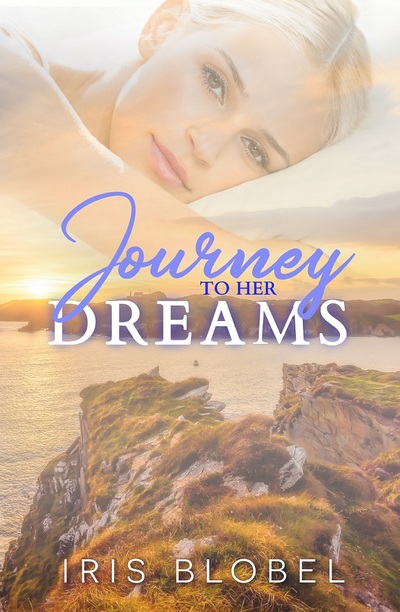 “It’s not the money that makes you rich. It’s the knowledge that the other person loves you and is always there for you, no matter what.
That makes you content and, therefore, rich.”

Thank you, Lisabet, for having me on your blog today to share my latest release with your readers.

DREAMS … who doesn’t have them? They’re an interesting part of our life. There are dreams that are straight forward, or awkward, scary, some we do remember, most of them are gone from our memory once we wake and as much as we try to, we are unable to recall details. I love dreams and I try to check the possible meaning whenever I can. Some make sense, most of them I wonder.

The definition of dream according to the Oxford Dictionaries is “A series of thoughts, images, and sensations occurring in a person's mind during sleep.”

Of course, we day dream as well. As an author I most certainly do. As a reader I do as well, long after the story’s finished I imagine how the characters keep going.

In my latest book, however, a dream takes Hollie all the way from Australia to Ireland … because that’s where she believes she can find the person who’s crept into her dreams for the last few months, making her life miserable.

When I started the story about ten years ago I wanted to include dreams, having just figured out a recurrent dream of mine. And where else to have the answer of a dream to be found in Ireland, the land of fairies, leprechauns, and shamrocks. The perfect setting.

I hope you will give the book a chance. One reader wrote: “Beautifully told through vivid imagery, the characters come to life and stick with you long after reading it. Highly recommend!”

There must be a reason for her dreams...

Hollie Anderson, a young woman living in Tasmania, is content with life, even more so since she has met Jeremy. However, she has been having a recurrent dream that impacts her daily life, as well as her relationship, a dream that eventually takes her on a journey to Ireland.

Samantha Shaughnessy enjoys the success as Head of Advertising for a popular magazine in the Irish capital Dublin. Married to Padraic, she thinks she loves her husband, but when she meets Hollie under unusual circumstances, she needs to face the truth--and not just about her marriage.

When both women meet and find they share an unexpected tie to the past, will they finally be able to move on into relationships with the men they love?

Hollie stared at the sliding door but didn’t dare to move any closer. So, this was Dublin. She had been glued to the window since the plane started descending. It didn’t appear all that different from Tasmania. There were fields upon fields of green paddocks, divided by hedges and rocks, sometimes in even squares and sometimes, it seemed, just randomly. She even spotted a few double-decker buses from way above.

Overwhelmed by the thought that she was about to set foot on Irish soil, she hesitated.

“Hollie. What are you waiting for?” Davo was already outside, but his movement set off the sensor and the door opened in front of her.

He came back in, took her hand, and led her outside. “I’ll be there all the way. We’ll find whatever is worrying you. I promise.” 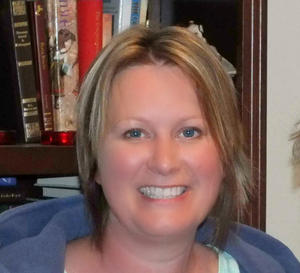 Iris Blobel was born and raised in Germany and only immigrated to Australia in the late 1990s. Having had the travel bug most of her life, Iris spent quite some time living in Scotland, London, as well as Canada where she met her husband. Her love for putting her stories onto paper only emerged a few years back, but now her laptop is a constant companion.

Iris resides west of Melbourne with her husband and her beautiful two daughters as well as their dog. Next to her job at a private school, she also presents a German Program at the local Community Radio.

Thank you, Lisabet, for sharing my new book with your readers ♥

I've never been to either Australia or Ireland - but I imagine they're quite different.