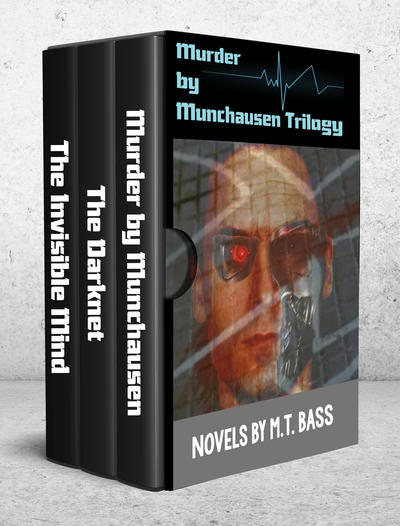 After Jake shoots and kills a murder suspect who turns out to be the son of a powerful city councilman, he finds himself demoted to the Artificial Crimes Unit, tracking down androids hacked and programmed to be hit men.

When his case of an “extra-judicial” divorce settlement takes a nasty turn with DNA from a hundred-year-old murder in Boston and a signature that harkens back to the very first serial killer ever in London, Jake finds himself tangled up in the brutal slayings of prostitutes being investigated by his former Robbery/Homicide partner, Maddie–who is now his lover.

But a madman, The Baron, is just getting started with his AI recreations of Jack the Ripper's brutal crimes. And Maddie and Jake are teamed up again to stop the carnage as the Baron's army of human replicants imitate history's most notorious serial killers.

"It might not make sense, but the beloved Media tags it 'Murder by Munchausen.' For a price, there are hackers out there who will reprogram a synthoid to do your dirty work. The bad news: no fingerprints or DNA left at the crime scene. The good news—at least for us—is that they’re like missiles: once they hit their target, they’re usually as harmless as empty brass. The trick is to get them before they melt down their core OS data, so you can get the unit into forensics for analysis and, hopefully, an arrest." [excerpt from Murder by Munchausen]

Artificial Evil has a name…Munchausen. 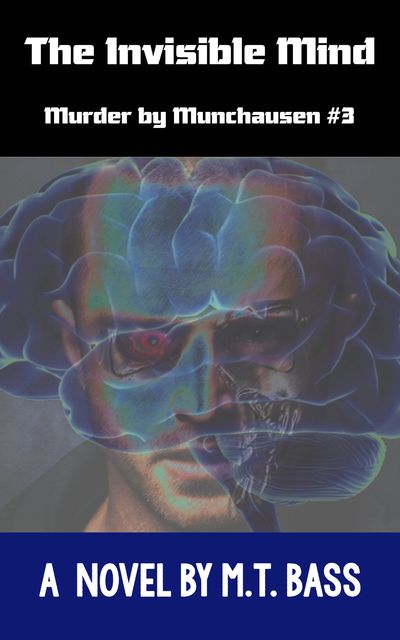 From The Invisible Mind (Book #3)

It sat on a bench outside the dormitory of nursing students, waiting with its kind’s infinite patience. Originally acquired and programmed for landscaping at the Cleveland Clinic, the synthoid was one of a brigade of units which had been hacked and Munchausened, then returned to their menial daily services to mankind to await the Baron’s call.

There was no adrenalin surge behind the extremely life-like facade of humanity when that call came. Data packets, sent scatter-shot through the Atlas Grid, coalesced at the location outside the Cole Eye Institute, where it methodically trimmed and shaped the immaculate shrubbery around the building. To avoid Q’s metadata sniffing algorithms from detecting a download spike in the grid, the information came in digital sprinkles over the course of its human handler’s work shift, slowly building a malevolent intent to be executed that night. In the middle of the afternoon, it left the topiary unfinished to melt into the hospital shift change and disappeared.

Personality modules were a Gen-3 feature upgrade, which is why the earlier models were initially preferred. Swapping out a few IC chips and uploading hacked firmware was a relatively easy way to turn a quick buck with an automated contract killing. But evil innovates, too, and the same features that made synthoids even more human-like in their behavior also helped create robotic assassins which could better camouflage their malicious intents and evade the reach of the Artificial Crimes Unit by melting into and moving undetected through the humanity that surrounded them. For the Baron, it allowed for a greater measure of artistic expression in programming the synthoid’s behavior to not only recreate infamous crimes of the past, but to mimic the behavior of their perpetrators, which intensified the thrill of watching the video feed through the eyes of Jack the Ripper, Ted Bundy or, this particular evening, Richard Speck. Jake wasn’t the only history buff and it amused Jamal that London police had photographed the eyes of Jack the Ripper’s victims, hoping to capture the last thing they ever saw: their killer’s face. If only Scotland Yard could have imagined the future.

The Gen-3 personality modules also supported the ANSI Adaptive Artificial Intelligence Protocol #9 to enhance the artificial human experience of real men and women who interacted with synthoids. The constant writing and rewriting of code in the personality/experience loop formed unique individual synthoid consciousnesses, which manufacturers uploaded to their servers for product improvement teams to study. In Munchausened units, that feed was hijacked and routed to another portal in the Darknet to build a collective id of evil.

At eleven PM, it rose from the bench and entered the dormitory. The bodies of nine women would be found the next day, having been strangled and stabbed to death. Unlike 1966, no eyewitness was left alive, though the phrase "Born to Raise Hell" was written on the wall in blood. 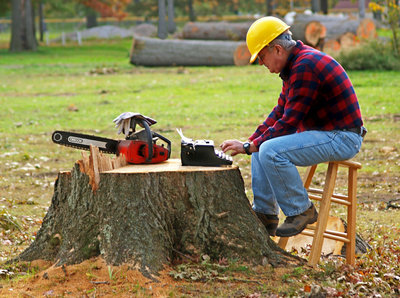 M.T. Bass is a scribbler of fiction who holds fast to the notion that while victors may get to write history, novelists get to write/right reality. He lives, writes, flies and makes music in Mudcat Falls, USA.

Born in Athens, Ohio, M.T. Bass grew up in St. Louis, Missouri. He graduated from Ohio Wesleyan University, majoring in English and Philosophy, then worked in the private sector (where they expect “results”) mainly in the Aerospace & Defense manufacturing market. During those years, Bass continued to write fiction. He is the author of eight novels: My Brother’s Keeper, Crossroads, In the Black, Somethin’ for Nothin’, Murder by Munchausen, The Darknet (Murder by Munchausen Mystery #2), The Invisible Mind (Murder by Munchausen Mystery #3) and Article 15. His writing spans various genres, including Mystery, Adventure, Romance, Black Comedy and TechnoThrillers. A Commercial Pilot and Certified Flight Instructor, airplanes and pilots are featured in many of his stories. Bass currently lives on the shores of Lake Erie near Lorain, Ohio.

M.T. Bass is giving away a $25 gift certificate to one randomly selected reader during his tour.

Thanks for spotlighting my Munchausen Trilogy today.

A note to your followers: The Munchausen 3-novel box set is now available for pre-order at half-price ($4.99) until Monday’s release date (Regularly $9.99).

Hello, M.T. - Welcome to Beyond Romance! I hope your tour does really well. The premise of your trilogy is fascinating - and not all that far fetched.

By the way, I love your author photo ;^) First chainsaw I've ever seen in a publicity shot!

Another one I want to read
jwisley(at)aol(dot)com

Thanks again, Lisabet. I'm having a great time so far.

Would it be too far fetched to say I havested my own pulp for my paperbacks?

My next novel, Article 15, comes out in October, so maybe we'll meet up again in the fall.

This sounds like a great sci-fi trilogy! I enjoyed the excerpt!