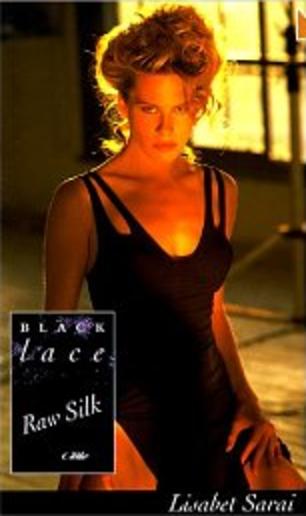 Twenty years ago last month, I published my first novel.

I’ve shared the story dozens of times, in my long bio and on various blogs—how in November 1998 I picked up a Black Lace novel from the book swap shelf at my Istanbul hotel, was hooked by the intense emotion and free-wheeling sexual variety I found within, then got the urge to write something in the same genre. I dashed off three chapters of Raw Silk and sent them (by postal mail, of course) to England, pretty much on a lark. I had no expectations. The form letter I received in response, thanking me for my submission but warning me that due to the size of the backlog I might not hear anything for several months, didn’t surprise me in the least.

On the other hand, when I got email from the Black Lace editor three days later, offering me a contract, I was stunned. Now I had to actually write the novel, a minimum of 80,000 words. The publisher wanted to know when it would be finished. Honestly, I didn’t have a clue.

In the two decades that have followed, Raw Silk has seen four different editions. Meanwhile, I’ve published ten other novels (if you define a novel as a work of 50K words or more). Not that impressive a history, I guess, especially compared to many of my colleagues. Of course, I’ve also produced dozens of shorter works, ranging from flashers to novellas. In addition, I’ve edited both multi-author and single-author erotica anthologies. 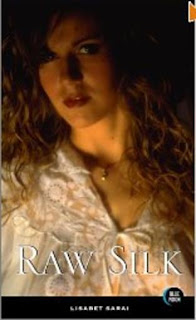 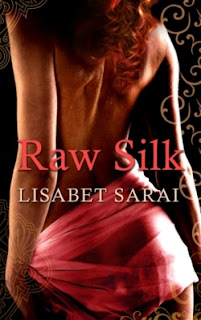 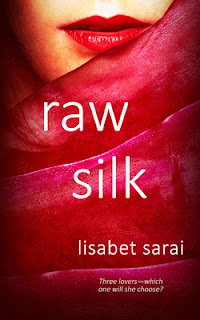 Not long after the release of Raw Silk, I found the EroticaReaders & Writers Association. I was looking for a way to promote the book (a very different enterprise in 2000, before the rise of social media). ERWA wasn’t what I was seeking, but it turned out to be what I needed. Though I’d been writing for self-expression all my life, I’d never imagined a career, or even an avocation, as a published author. I knew next to nothing about either the erotica genre or the nuts and bolts of the publishing world. The community I found here, the acceptance, support, knowledge and creativity, have helped me to develop my skills, to nurture my erotic imagination, and to market and sell its products.

Many people have remarked that being an author is a lonely business. I think that’s even more true if you write a denigrated, socially sanctioned genre like erotica. ERWA offered a delightful antidote to that loneliness. Some of the people I care most about in this world are folks I’ve come to know in the online world of ERWA. A few of these dear friends I’ve met in meat-space, but I know many of them only through the warmth of their emails, the generosity of their critiques and the arousing and challenging fiction they share.

I was in my forties when I published my first erotica, reliving and embroidering on the sexual adventures of my twenties. My early tales were fueled by cherished recollections and personal fantasies. I penned that first novel in just a few months. Passion poured out of me, onto the page. I wrote whatever pushed my own buttons, with no censorship and little focus on craft.

Now that I’m in my sixties, my motivations have shifted, but not as much as you might think. I still write to turn myself on. If I’m not aroused, how can I expect that of my readers? These days, though, I have a bit more distance from my work. I feel far more in control. Like a sculptor, I start with the raw material of ideas and mold them into the shape I envision.

As I mentioned earlier, the decision to self-publish has given me new energy and self-confidence. Perhaps as a result, in the past few years, I’ve found myself conquering what I’d always thought were intrinsic limitations to my writing skill.

For instance, I used to complain that I suffered from “narrative inertia”. What I meant was that once I’d written a story, I found it very difficult to make significant changes. I felt as though the story had chosen its own form, had set itself in stone, permitting me no more than cosmetic modifications. Attempts to alter the structure, the plot or the ending left me dissatisfied and deeply uncomfortable.

Those feelings have mostly disappeared. I’ve taken old tales with ambiguous, even tragic, conclusions, and revised them to end happily. (The market far prefers happy conclusions.) I’ve taken short stories and expanded them into novellas. My words and ideas now seem far more malleable than they did in the past.

Then there's the fact that I always swore I couldn’t write a series. By the time I’d written “The End” on a novel, I really was done. I had little inclination to revisit the characters or their worlds. In a couple of cases, I had thoughts about follow-on books, and deliberately left threads to be followed, but somehow I couldn’t motivate myself to start on Book Two.

Then I wrote a book purely for fun, which turned out to be pretty popular (Hot Brides in Vegas). Almost as soon as it was published, I had more outrageous ideas about the characters, so I started a sequel. The Vegas Babes series is now up to four books, and I just started working on Book Five. 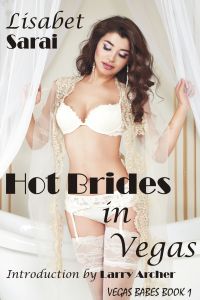 Nobody is more surprised by this than me.

Twenty years is a long time—nearly a third of my life on this planet. I’ve never made much money as an author. Given my other responsibilities, I’ve never been able to devote the sort of time necessary to publish regularly. Still, I do congratulate myself on my staying power. Through the ups and downs, I’ve continued to write and publish—and continued to participate in the erotica community.

I sometimes wonder whether I’ll still be here when I am in my eighties.

Stay tuned!
Posted by Lisabet Sarai at 9:37 AM