Sizzling Sunday: The Gazillionaire and the Virgin - #FreeBook #BDSMEroticRomance #SizzlingSunday 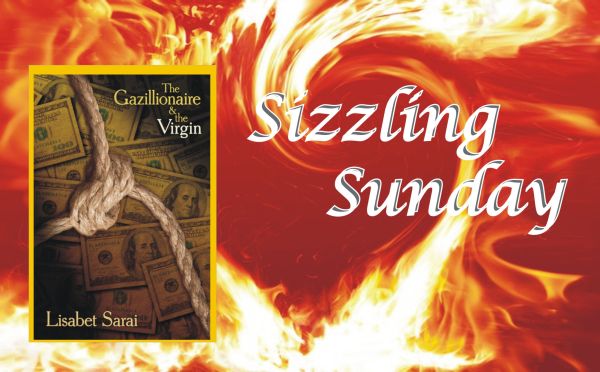 Another Sizzling Sunday – already! I’ve got a brand new, never-before-shared excerpt from The Gazillionaire and the Virgin.

Trust can’t be bought—it has to be earned.

When Silicon Valley entrepreneur Rachel Zelinsky meets reclusive genius Theo Moore, she finds him strangely compelling. Theo is both arrogant and socially awkward, but he has an aura of power that speaks to Rachel’s carefully-hidden submissive side. Disturbed and aroused, she tries to focus on her original objective—a deal to incorporate his Artificial Intelligence software into her company’s popular virtual world. Rachel’s not a woman who lets pleasure interfere with business, but for some reason, she can’t resist Theo’s geeky appeal.

That doesn’t bother Rachel, however. In his bed—in his arms—in his bonds—she discovers the bliss of total surrender. Rachel may be Theo’s first lover, but Theo is Rachel’s first true Master—and the first man to truly touch her heart. It seems that love may harmonize their differing goals and values, until Rachel’s unwitting violation of Theo’s trust threatens to tear them apart forever.

Home Depot is bustling at noon on a bright California Sunday. Theo parks in the most sparsely occupied part of the lot, a long way from the door. I don’t chide him. I know he finds this difficult.

Once more I take his arm—partly to reassure him, partly to keep him from trying to escape. Together we wander through the cavernous store, dodging DIY dads with pallets of construction materials and their hordes of rowdy children. Theo cringes when they cross his path. I pull him closer, pressing his arm against the side of my breast.

We halt in the middle of an aisle. The rack in front of us holds a dozen industrial-sized reels of different kinds of rope.

“Here we are, Theo.” I keep my voice even and matter of fact, but my heart is going like a jackhammer and my pussy is awash. “What type of rope do you recommend?”

“Uh… Rachel, do you mean…?” He searches my face, perhaps trying to determine if I’m serious. “I—um—we—”

“Theo, dear. You find sexual bondage exciting, right? You like the idea of tying women up.”

He stares at his athletic shoes, silent with shame.

I hurtle onwards. It’s too late to stop now. “Given your intelligence, I assume you’ve studied the question of what sort of rope is most appropriate. I’d like you to share your knowledge. Which rope should we buy?”

“What?” His head whips up and his hair tumbles into his eyes. “What are you saying, Rachel?”

I can’t tell if his expression shows shock or arousal. Maybe both. I swallow my own nervousness. “I want to buy some rope, so that you can tie me up. Unless you already have supplies at home, of course. Don’t want to waste money. Do you already have the rope we need?”

“No, no—Rachel—no—I’ve never tied anyone up.”

“But you want to, don’t you?” I lower my voice to a near-whisper. “You’d love to bind me tight, so that I can’t move, then fuck me hard. Isn’t that true, Theo?”

We’re in the middle of a crowded home improvement store, surrounded by oblivious vanilla families planning to remodel a bathroom or build a deck. I don’t care. I wrap my arms around his solid frame and pull him against me, rubbing my breasts against his torso. His massive erection prods my belly.

Theo squirms against me. “God, Rachel—you’re going to make me come…”

“Good.” On tiptoe, I flick my tongue over his earlobe then murmur, “I want you to come, inside me. After you’ve trussed me up like the girls in your magazines…”

He surprises me with a hard, wet kiss, right there in the aisle where anyone could see. Meanwhile his hands slide up the backs of my bare thighs, under the starched shirt of his that I’m wearing as a dress, which reaches almost to my knees. My suit was in no condition to appear in public without a thorough cleaning. Of course I don’t have any panties, either—I hadn’t planned to stay with Theo, hadn’t planned any of this, in fact. So unlike me!

I shudder, feeling exposed and vulnerable, when he cups my rear cheeks in his big palms. He parts them, just enough to allow one long finger to slip from behind into my drenched cleft.

My knees buckle but he holds me fast, tight against his chest, still probing my mouth with his tongue while his fingers dabble in my pussy. Real fear flashes through me—what if someone recognizes me, here in the heart of Silicon Valley? —then vanishes as he presses a damp thumb against the pucker of my anus.

God, he wouldn’t! Would he? 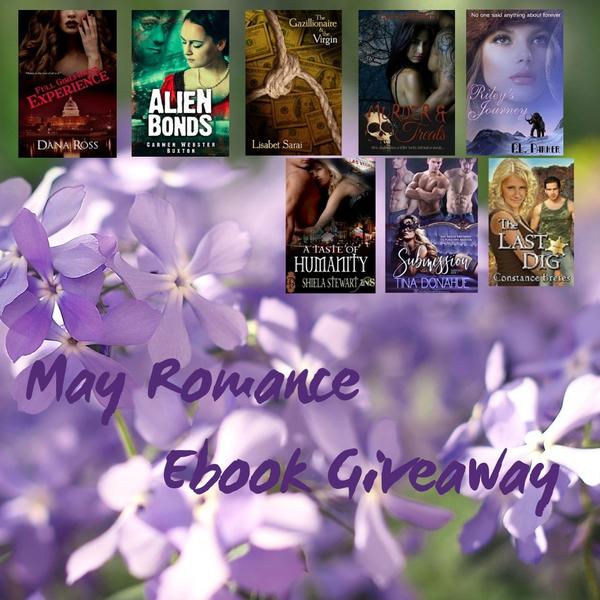 While I have your attention, I want to remind you that I’m giving away a copy of this book as part of Connie Brete’s May Romance Giveaway. To enter, go to:

Scroll down to the Rafflecopter at the end.

If you don’t feel lucky – or don’t want to wait – you can buy the book here:

“What type of rope do you recommend?”

Personally, I like to buy my rope at the drapery store. The type used to tie back drapes is thick and soft so even when the girl is tightly tied up, the rope doesn't hurt the skin but it is plenty strong so there is no chance of her getting away or resisting.

Advice from the master! Thanks, Larry!