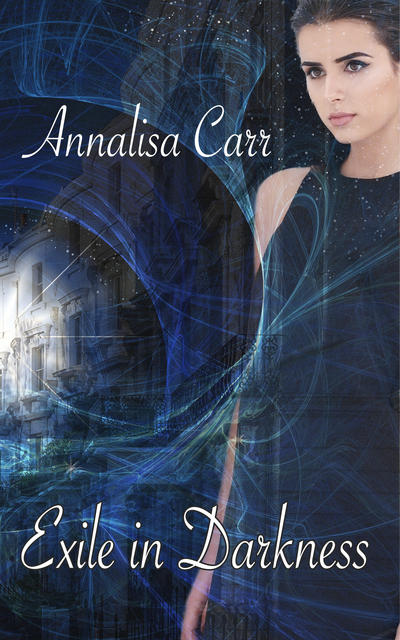 Heritage and magic matter to the London covens.

Aristocratic witch, Isabella Pethany, has heritage but not magic.

Underworld powerbroker, amnesiac vampire Maldit, has magic but no heritage.

Lukas Sindis, coven sorcerer and famous psychopath, has both.

Isabella’s null magic status makes her an embarrassment to her family, but since her sister was murdered, she is all they have left. Guilt makes her willing to do almost anything to compensate for her lack of value, but her grandmother’s proposal to match her with Lukas, in a bid to bring strong magic back to their bloodline, is a step too far.

When Maldit rescues a strange witch from hunting vampires, his main concern is to limit trouble in his territory. Witches are notoriously troublesome, and this one is no exception. Her proximity slashes through his damaged memory, allowing him to catch glimpses of his forgotten past.

Drugs have suppressed Lukas’s magic for almost twenty years, filling him with a reservoir of trapped power. When he escapes, his magic bursts free, falling like a tidal wave on Maldit and Isabella, sweeping away the spells paralysing both of them.

The dark secrets of the London coven are about to explode into the light of day.

Whispers of her own name floated through her mind. She pushed the pillow aside and sat up, pressing her hands against her ears. It didn’t stop the insistent repetition of her name.

Someone called to her, but who would do a thing like that at this hour of the morning? The family would all be asleep by now, and the only servant awake should be the doorman.

Her imagination was running riot. She lay down, closing her eyes, but the feeling of being summoned didn’t go away.

Her name echoed around her skull, louder now.

She sat up abruptly. Next to her, Alfie stirred, growling in his sleep. She ran the palm of her hand over his shaggy flank and switched the bedside lamp on, before walking to the window and drawing the curtain back.

Pools of dim light surrounded the bases of the old-fashioned streetlamps. Between them, the pavement was dark, and the trees in the square cast black shadows over the iron railings. She opened the window and leaned out.

“Isabella?” The voice was a seductive whisper from below. It was definitely real this time, vibrating through the air, rather than her mind.

She squinted into the shadows.

The vampire from the bar stood on the opposite pavement, his figure almost hidden in the darkness.

“What do you want?” She pressed two fingers to the point in her neck where the skin was thinnest. Her pulse hammered against them. 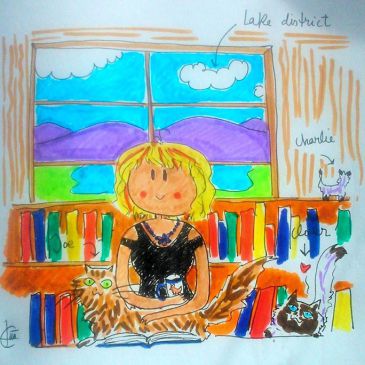 Annalisa Carr lives in the English Lake District with her two cats. She writes in multiple genres, but has a weakness for paranormal romance and urban fantasy.

As a child Annalisa wanted to be a scientist, wear a white coat and explore outer space. She worked as a scientist for a very long time, but never got to fly a spaceship or even travel beyond the solar system. This was a huge disappointment given the reasons for her career choice, so eventually she made up stories instead. Probably just as well, as she is claustrophobic.

Exile in Darkness is set in the same world as the Children of Poseidon series; a slightly skewed version of London.

Annalisa Carr will be awarding a $30 Amazon or B/N GC to a randomly drawn winner via rafflecopter during the tour.

Thanks for hosting 'Exile in Darkness' - it's great to be here and I love the website...

Sorry I missed being here to welcome you. I hope your tour goes really well... and I love your author "photo", with cats clearly labeled!

But aren't there three felines in the picture?

Love the cover, your writing is new to me. I will be adding Exile in Darkness to my TBR list. Good luck to you.

I am always looking for new authors to read. Your book sounds like the kind I would enjoy.
I have put your name on my TBR list.
jwisley(at)aol(dot)com