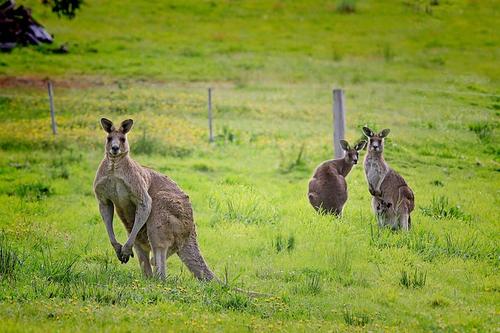 Image by Holger Detje from Pixabay

I thought I’d share my personal experience being a pioneer...

My husband and I recently spent two days at Halls Gap in the Grampians, (Victoria) which is a climber’s paradise. Steep rocky cliffs overhanging thickly treed valleys. Mile upon mile of brooding bushland, silent except for the occasional bird call. One could easily get lost here, and perhaps, as happened in the pioneering days, if you ventured in too far, you would never be seen again. It still looks like an untamed wilderness even now, except for a couple of small hamlets. I could almost visualise the pioneers hacking their way through the heavily treed countryside. The terrain was steep and unforgiving. In some places a fall meant certain death.

I have to confess, we stayed in a cabin, which you could barely discern from the road, as it blended into the background so well. Morning and evening, kangaroos hopped by our window, so close you could almost have leaned out and touched them.

The cabin had all the modern conveniences EXCEPT the heating was an enormous open fire. Hubby and I looked at each other, who was going to light the fire? Thank goodness there was a basket of kindling and a pile of neatly stacked logs. Wielding an axe was beyond us, our pioneering blood was just too dilated, not to mention the arthritis, bad back etc.

I am very proud of the fact that I do come from a pioneering family. One family member landed in Melbourne in 1836, but most of my ancestors arrived in Victoria in the 1850’s, and took up farming. So, they certainly would have had to fight for survival in an untamed wilderness. On my husband’s maternal side, his family were pioneers in the Blackwood area.

So, we did have the correct pedigree one might say.

Well, back to Halls Gap. I was very pleased to have lit the fire at my first attempt. I wondered if I might not have been a boy scout in a previous life, or perhaps my pioneering blood wasn’t quite as diluted as I had thought.

It was truly an amazing feeling toasting our toes in front of this roaring fire, watching the logs burn, and smelling the wood smoke. It brought back a lot of childhood memories of staying with my grandmother and various aunts in the country. They not only had open fires for warmth but they also had wood stoves for cooking. And boy, could they ever cook.

I can remember once in suburban Melbourne, when I was about five years old, the electricity went off for hours. Luckily, we still had an open fire in the lounge room, (rarely used, but that’s another story) anyway, dad lit the fire and toasted bread over the open flames for us.

As I am a published Australian Historical and Western Romance author, this experience made me feel quite close to my heroines as they supported the hero, fighting for survival in the wilderness. 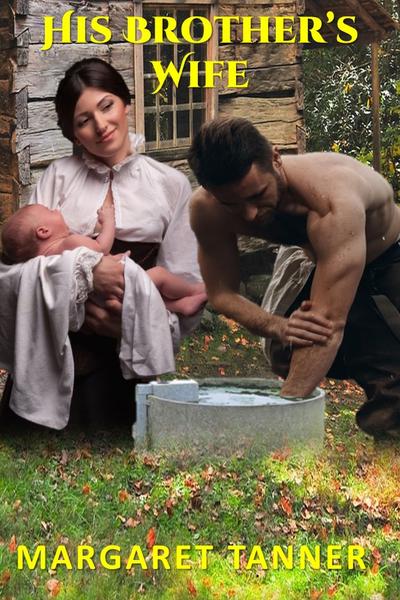 Accused of a crime he did not commit in the American West, William McIntyre flees to his brother’s isolated farm in Australia.

He meets his sister-in-law Mattie, who leads a life of servitude under the iron fist of his cruel identical twin, Wilbur.

When Wilbur is accidentally killed, William takes on his brother’s identity to save both himself and Mattie from being accused of murder.

Will their desperate plan succeed, and can love flourish under such dire circumstances?