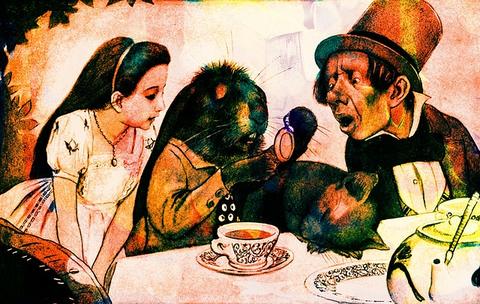 Image by Prawny from Pixabay

How did Guns For Angels came to life? Having tea with my mom.

You see, my mom is the ultimate plotter, and she doesn’t even realize how, to me, she’s as fundamental as Scrivener or the online thesaurus.

Especially when it comes to suspense plots.

She loves mystery, psychological thrillers, stories so dark I’d have nightmares for weeks if I read them. Her? Pfft, doesn’t even blink.
When I was plotting Guns for Angels, a few years back, we were having tea in her kitchen and I started to say, you now, “what if this girl, with an apparently normal life, was thrown into something bigger than herself?”

At that, my mom started throwing out ideas, one more horrible than the previous - and by horrible I mean scary, where my skin would crawl at the thought.

I didn’t want a book that violent, but I did want something that would shatter Ann’s world and shake her beliefs. For that, I had to tone down mom, first.

When she jumped on my train of thoughts, where things were not as bloody, we got along perfectly and the plot was done in one evening.

My mom is the go-to girl for suspense, but I have to look elsewhere for fantasy.

I’m plotting a huge four-book fantasy story, one of those epic things that needs weeks (read: months) of work before one word can be written.

Now that’s where my mom is done. She can tell you any number of ways of having someone killed and cover it so you’ll never be found, but ask her about elemental powers and she’s out.

Luckily, my brother comes to the rescue. I think he read every fantasy book and series out there (don’t get him started on Game of Thrones or The Lord of the Rings. No one has that kind of time). He’s sweet, and when I run an idea with him and it’s crap he’d go, “well, you know, maybe something else? How about…”.

Because I’m no idiot, I listen to him.

Then, whether it’s suspense, fantasy, of contemporary, it comes the time to narrate the entire to story to him: my husband.

This is where things get real, people.

Because the man, from the heights of his scientist's mind, can spot a plot hole, a character mis-step, and generally any weak point in the story a mile away. He would ask questions (“why did he do this if he did that before”), challenge my explanations (“yeah, sure, this works. If the character is stupid.”) He’s not as gentle as my little bro, and I’m telling you, he ain’t easy to please.

So we go back and forth within the story, usually while we make dinner, and solve all the trouble I didn’t see before.
At this point, after all my family had a go at the story, I know I have something worth working on, and that makes a whole lot of sense.

Basically, my family is my ultimate plotting tool, and here’s an example of what we can come up with ;D 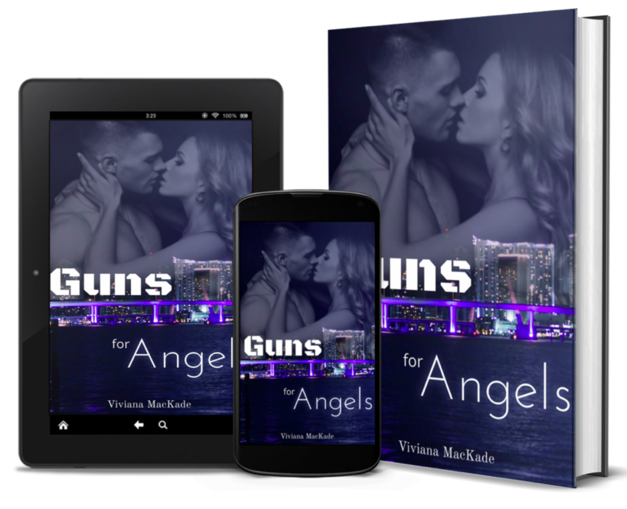 Gun For Angels by Viviana MacKade

My sister was all the family I had. She was taken from me and now, someone wants me dead, too. Not sure why.

The new me will try, anyway.

You see, when she was alive I could live in brightness and peace. Now I have to accept the darkness within me. After all, isn’t life about balance? Ironically, the man who can teach me how to embrace the shadows is broken, hopeless, and angry. Mark is also the only one I trust to lead me through my heart’s night, and back into the light.
The one I trust to keep us alive.

A favor to a teammate: pick up two girls in trouble, take them to the Team’s safehouse. Should have been easy. It was not.

Then someone killed one of my team, one of my brothers. Now it’s personal.

They want me, too.

Even worst, they want Ann. The only person who cut through me, who woke me, who grabbed my hand and guided me back into life one smile at the time.

I’ll be damned if I let them have anything.

Not. One. Damned. Thing.

From NY to sunny Miami, Ann and Mark run into a maze of lie, betrayal, and death, where love is the only, terrifying certainty. And when truth unravels, they will have to risk all to survive.

Only 99 cents until release day

Mark’s voice was dangerously controlled. “When I talk, you don’t.”

“I was still in New York after our last case. He worried about a friend of his, Mary. He asked me to see that she and her sister were safe.”

“It looks like your sister stuck her nose into something she shouldn’t have. Mouse convinced her to disappear for a while. We’ll rendezvous in Savannah.”

Ann nodded. “So, you help people, you’re borderline outlaws, and you’re difficult to find. You guys are the A-Team. Hey, stop glaring at me, I didn’t mean to insult you! The A-Team was very cool, and they always won.”

“Let’s go before I hand you over.”

“I’m sure you’d love that. There’s just one tiny problem: you don’t know who they are.” Ann got off the bed, and stretched her legs before she stood in front of him, hands on her hips. “I want to know who did this to Mary, who dared to hurt my sister, break into my home and kick me out of it. You’re officially hired.”

He stood, towering over her and nodded. She had the feeling that from a man like Mark Carson, a nod was all she needed. 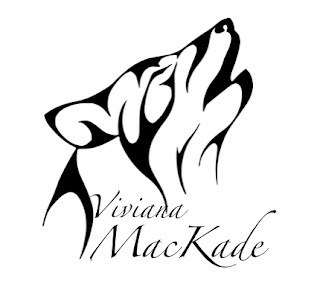 Beach bum and country music addicted, Viviana lives in a small Floridian town with her husband and her son, her die-hard fans and personal cheer squad. She spends her days between typing on her beloved keyboard, playing in the pool with her boy, and eating whatever her husband puts on her plate (the guy is that good, and she really loves eating). Besides beaching, she enjoys long walks, horse-riding, hiking, and pretty much whatever she can do outside with her family.

The best way to know me is through my website (and the books I host): http://www.viviana-mackade.blog/

Amazon Author page is another good place to keep up with me.

You are fortunate you have family members with these skills!