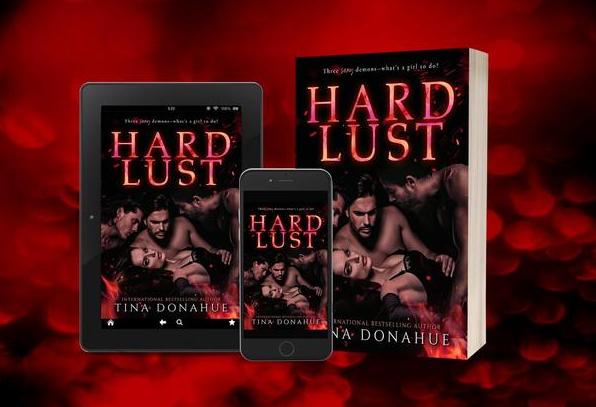 Don't ever trust a demon. Unfortunately, Megan has learned that lesson too late. The deal she made to save her sister's life––has landed her in hell temporarily and about seventy years early. And now she has three sexy demons trying to tell her what to do.

Nope. Not going to happen.

Who would have ever expected she'd end up falling for them? Too bad demons can't be trusted...because someone is trying to kill the magic and threatening her stay in this lusty world. 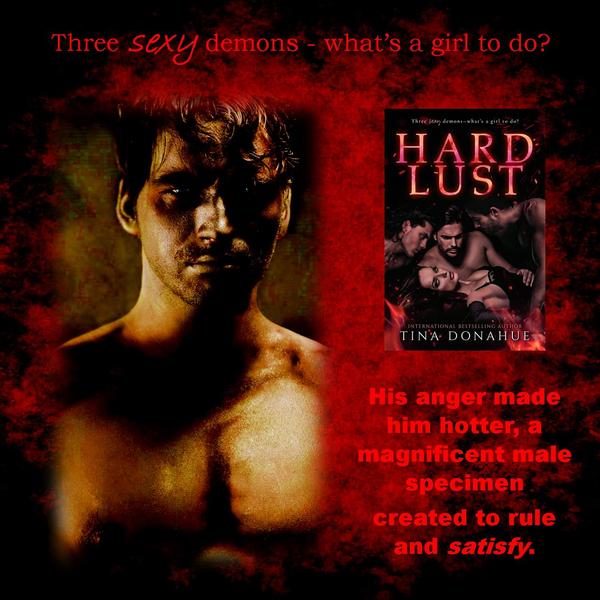 Even during her worst days, Megan Wynters never believed this would happen.

I am so screwed.

Afraid to budge, she stood paralyzed in a garish room decorated in more gold and mirrors than Versailles, a weird symbol she couldn’t decipher painted on bloodred walls. Displayed throughout the cavernous space were countless marble statues depicting nude men and women screwing or going down on each other. Thunderous bass from a death-metal tune pounded through the wall to her left, the pornographic paintings hanging there bouncing on each deafening beat.

She curled her upper lip, turned, and flinched.

A guy who hadn’t been in here a second before, sat in the throne-like chair behind the humongous desk. Early thirties or so, he had hazel eyes and thick blond hair that fell in soft waves to his shoulders. Those suckers and his chest were beyond broad, his well-toned muscles straining against his black silk shirt.

Her stomach fluttered at the astounding picture he created, and then her insides clenched when she recalled where she was.

That didn’t keep her from eyeing him further.

The sun, or a tanning lamp, had tinted his complexion gold, while his features––not only were they masculine, but beautiful enough for an angel.

Down here? In fucking Hell?

Given his great looks, she had to be anywhere but there. Her pulse ticked up. Hope surged.

The statue to her right was climaxing. Jeezus. The writhing life-sized figures weren’t stone but people, or demons, or something animate. The pure-white woman threw back her head and wailed. The pasty guy kept pumping his cock into her.

God, God, God. This definitely wasn’t Heaven. But not quite the other place, either, considering the cool air circulating, causing goose bumps to rise on her arms.

Rattled and wary, she faced the guy.

He regarded her mouth and then met her eyes, his searching and engaged.

Unexpected heat rushed through her, her folds creaming at his inviting response, appreciation for his raw male appeal stealing her breath and—

Hold it. She couldn’t be turned on by him. It’s a trick. He’s fucking doing this to me because he’s…

Uncertain what he was, she cringed at the possibilities but still couldn’t glance away.

He stroked an onyx ring on his left forefinger that boasted a dark red symbol—the same as those on the walls—against a black circle.

Which means? Her stomach rolled and wouldn’t stop. She didn’t want an explanation on what the marking signified. It might murder her dream that this wouldn’t turn out too bad.

Already his silence was killing her. Say something. That was definitely preferable to him doing any other fucking thing.

He smiled, producing deep dimples in his cheeks.

Her knees weakened at his normal, friendly greeting. The way a mortal guy might show delight at seeing her, and that maybe this could lead to something good. Conversation, a few laughs, then other great stuff. If he behaved nicely, she wouldn’t mind. Damn, she hadn’t had fun in forever.

Holy hell. Snapped back to reality, she remembered her presence here was a colossal blunder she had to straighten out. Her mouth was so dry she struggled to speak. “I don’t know who you are, but—”

“Andros.” His smooth baritone caressed and enticed. “And you’re Megan.”

She wasn’t admitting to anything.

He glanced at his computer screen. “You waitressed at Sally Jean’s before coming here.” He grinned, making new dimples. “We’ve been waiting for you.”

Get your copy now!
https://www.amazon.com/Hard-Lust-Tina-Donahue-ebook/dp/B089F9L6B5 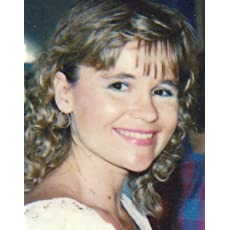 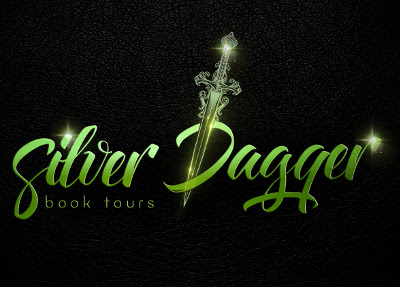 Tina is giving away a $10 Amazon gift certificate during her tour. Enter below!

Congratulations on the new release, Tina! Sounds like a scorcher ;^)

Thanks, Lisabet! It definitely is. :) With each purchase of HARD LUST, the buyer gets a link to download WICKED HOT - my PNR menage. Two books for the price of one. :)

Love the cover. This sounds like an awesome read!!

Can't wait to read this sounds like a great read

Looks hot, hot, hot! And the cover made me fan myself! Phew.

Well this sounds like an interesting bunch of characters! Thanks for sharing a bit of your book with us!

The cover is very striking. It sets the tone for the book.

The cover is amazing. Based on that this will be one hot book.