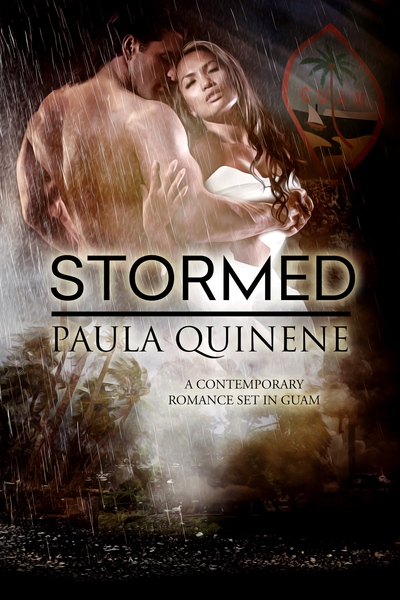 A medical doctor educated in the United States, passionate and fierce Liz Taimanglo must now fulfill her promise and return to her island home. Liz makes the long flight across the US and the North Pacific Ocean to Guam, uncertain of what her future holds. Heading into the epicenter of her family and prime typhoon season for the Mariana Islands chain, the disquiet of her heart threatens to do more damage than any typhoon might inflict on Guam. Little does Liz know, the man featured in the newspaper would indeed unleash delicious torment rivaling even a Category 5 super typhoon.

Manny Artero is adamant about fighting for his island, his culture, and the rights of Guam’s Chamorro people, after having been fired from his teaching job. That is, until Liz walks up to him with her machete-wielding eyes and her undying respect for the American military. Manny had vowed never to risk his heart again and to become a more vocal activist, but this woman threatens to challenge all his intentions about love and life on Guam. Brushing off the safer choice, he plots a series of surprises to change her mind.

For Liz, becoming a doctor of medicine was supposed to be the right path, but her universe imploded when her training failed to save the life of the most important person in her world. Though a former US Marine, Manny could no longer accept the loss of land, rights, and freedom that Chamorros continue to suffer in their own homeland. Helpless against the strengthening attraction between them, Liz and Manny must face not only their opposing political views, but the storms stirring in their hearts and the very land upon which they stand.

Liz stood still, blindfolded. Rearranging furniture? We haven’t gone in the house yet. Water tumbled against rock perhaps, not too far from her. The striking of a match. A whiff of smoke brushed by her nose. Soft music filled the air, but Liz couldn’t make out the words because she was on edge. His surprise must be out here.

She bit her lip and swayed side to side. I might regurgitate my lunch if he doesn’t hurry up. The sun had already set so whatever he was planning, he needed to be quick. “You have about killed me with all this secrecy.” After another minute, Liz felt Manny standing behind her.

“I hope you’ll think it was worth it. Ready?”

Oh my God I’m going to burst. It took a moment for Manny to return to her side. Liz shivered even though it wasn’t cold. It was warmer where she stood. Wood crackled. A stronger scent of burning tångantångan wood filled the air. If she bit her bottom lip any harder her teeth would puncture the gum.

The blindfold fell away. She opened her eyes and her jaw hung open; not a word came out. Liz looked at Manny then back at the firepit in front of her, a low orange flame dancing. The sound of cascading water caught her attention again. A small statue of Sirena, Guam’s mermaid, sat atop a rock. It was set off to the far-right corner with water flowing around her in a waterscape. Liz looked up. Only dusk hung over them. 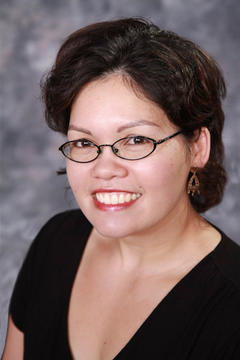 Born and raised on Guam, Paula Quinene continues to take pride in her Chamorro heritage. The Chamorros are the native people of Guam and the Mariana Islands. Paula, like many of her fellow islanders, left home to pursue a higher education. A resident of North Carolina since 2000, Paula’s homesickness has resulted in her Guam cookbooks, A Taste of Guam and Remember Guam, and her Guam romance novels, Conquered and Stormed.

Paula Quinene is giving away a $15 Amazon/BN GC to one randomly chosen reader.

Thanks for hosting! Readers, the book is FREE on KU!

Håfa Adai and good morning! Thank you so much for hosting my Guam romance novel. All of my other Guam books are on a Kindle countdown promotion!! https://amzn.to/2ANYygo

I'm delighted to host your tour. Though I've never visited Guam, I am an ardent traveler, and love books set outside the ordinary places.

I love to read romances set in exotic places that I'll never be able to go visit in person. Looks like a great read!