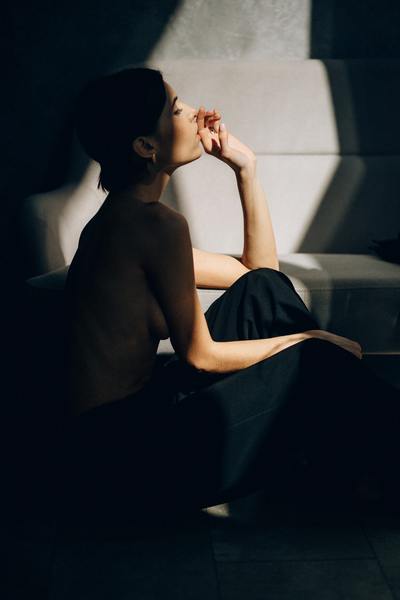 Photo by Nataliya Vaitkevich from Pexels

This post is not about one night stands. I've explored that topic before: the thrill of the unknown, the intoxication with the unfamiliar, the tantalizing possibility that a random encounter might lead to a world-altering epiphany. Today, however, I’m actually talking about writing.

At this point, some of my author colleagues may be shaking their heads. How can I prostitute myself in this way? How can I betray my art? Why would I surrender my creative vision and allow someone else to dictate the content and style of my work?

When I write something in response to a call for submissions, I have a generic audience in mind. I probably understand the type of tales a particular editor prefers. Furthermore, the anthology theme or the focus of the CFS provides some guidance as to content and tone. Within those broad boundaries, though, I’m free to follow my imagination in any direction it leads. I know I can intrigue and arouse at least some subset of the community of readers; I really can't hope for more.

When I write for CES, on the other hand, I have an audience of one. I know exactly what turns that audience on – because the customer has shared his or her secret desires. It’s my job to put flesh on the bones of the story specification, to make my customer’s lusts concrete and then satisfy them.

That’s where the intimacy arises. I don’t have any direct communication with the customer (although I am allowed to ask questions, via the management, if I see issues in the spec). Nevertheless, he (almost all my assignments have been writing for men) and I are connected, by his act of sharing his lewd dreams and my willingness to assume them as my own.

Some fantasies I’ve received as assignments don’t appeal to me personally at all. (I’m free to refuse assignments that I might find repugnant, of course. So far that hasn’t happened.) Still, I’ve managed to turn them into tales that pleased my unknown reader. This requires a kind of suspension of my own sexual identity in order to connect with his. By the time I’m finished, I’m usually turned on by the tale, regardless of my initial reaction. If I’m not, I know I haven’t fulfilled my part of the bargain.

What really makes it work for me, though, is getting inside my customer’s head. Watching one of these stories unfold is a weird feeling, but exciting, too. It's almost as though someone were whispering naughty ideas in my ear. I may have never considered these notions before, but when I wrap my mind around them, I begin to see the appeal.

It has occurred to me that my submissive tendencies account for some of my success in writing custom fantasies. My master once called me “suggestible”, and I suspect that’s an appropriate evaluation of my personality. The fact that I'm bisexual and exceptionally broad-minded about sex probably helps, too.

My one regret about these CES stories is that nobody else will ever read them. They belong to the customers who paid for them, not to me. I can't post them on my website. I can't even talk about the specific fantasy scenarios involved; that would be a breach of confidentiality. They're eternal secrets, between my customer and me.

The last assignment I handled, though, involved an outrageous, kinky, gender-bending scenario that turned me on from the moment I opened the specification file. My personal sex life became significantly more interesting while I was working on the tale, because of the fantasies it inspired. I had no problem identifying with my audience in this case. And yet writing that story was possibly more difficult than my previous assignments, because I had to stop my own imagination from hijacking the customer's vision.

I view my tales for CES as a sort of writing exercise. They require a level of control far beyond what's needed for a free form story written to satisfy a vague theme. I believe that they've helped me hone my skills as an author of erotica.

The real payoff, though, is emotional – the heady sense of power that comes from bringing my customer's dirtiest dreams to life. At the same time, it's a sort of ecstatic surrender, a willingness to sink into my customer's desires.

I will never know who my readers are, and they'll never really know me. For a short while, though, we're as close as lovers.

Interesting, do you get much work from CES and what's the average word count desired? That would probably be fun to try as you're playing to someone else's fantasies and not your own!

I actually haven't written anything for them in several years. All the commissions I've been offered have to do with sports and fitness, which is definitely not my thing.

The stories I've written have mostly been in the 5K range. It's quite hard, though - you have to be very disciplined to keep your focus on what the customer ordered.

"For a short while, though, we're as close as lovers." No, I would say that you're closer than lovers. No matter how much we talk, and try, we can never BE in the heads of our lovers. But while you're writing these pieces, you are there. I can't imagine subsuming my own desires and kinks enough to be able to do this.

And yes, I agree with you about sports and fitness not being that arousing--though we have played "personal trainer and customer" on occasion. LOL.