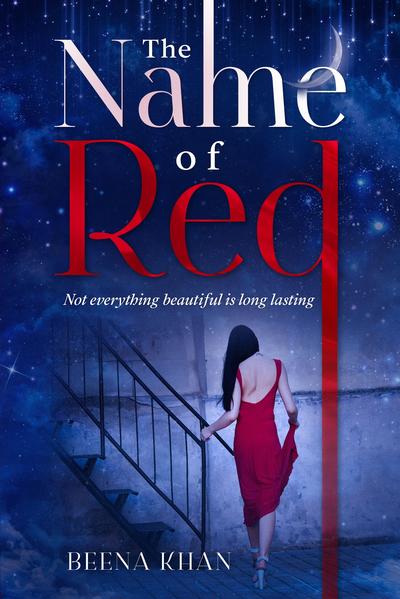 Two strangers on the same path.
Survivors. Companions.
They will be each other’s salvation.

On a rainy, winter night, a mysterious woman in a red dress seeking shelter comes inside the restaurant Kabir was busy working in —primarily the bar— and night after night, drink after drink, she comes back to the same spot. That is where he sees her for the first time.

Hundreds of patrons around her try to speak with her daily, but she dismisses them. It appears she wants to remain in a blissful peace alone with her booze and books. After seeing the mysterious woman reading a book, and because of his shy nature, Kabir gains entrance into her life by anonymously leaving books with notes for her.

The Name of Red is the story of two strangers, two different personalities who meet on a winter, rainy night who challenge each other. They have a connection which blossoms into a friendship due to their fondness of books. But they both have secrets that can bind them together or threaten their newfound relationship forever.

The restaurant Ferdaus was filled with a buzzing crowd.

The smoke around the people twisted and formed curls, illuminated under the bar lights. The atmosphere was a hazy cloud, lingering against their clothes. Several people came in seeking shelter from the pouring rain outside. The customers of the restaurant turned to look at the entrance door- bell jingling. They glanced at the large crowd coming as the glass door was pulled open, and they watched as someone new stepped in behind them.

The woman walked into the bar for the first time in the winter rain.

She didn’t have an umbrella on her; her little sleeveless dress ended at her ankles, fully drenched. Her wet dress clung to her body, showcasing the outlines of her curves. In one hand, she was carrying the skirt of her dress. Suddenly, she let it go, and her long, bare arms moved upwards as she tried to fix her damp hair which had darkened in intensity due to the rain. It fell past her shoulders, the strands sticking to her face. She attempted to comb through the tangles with her fingertips.

The men watched her movements hungrily, their eager faces drawn to her and at the sight of someone new. Their eyes trailed from her face, to her wet body, then back to the movements of her hands entwined in her hair. Under her arm, she carried a book and a trench coat. It appeared strange she wasn't wearing the coat when it was pouring outside and freezing in the middle of November. Men were left mesmerized by her, and she turned heads as she walked by. Something radiated from within her, drawing the men around her in.

The women who were with some of these men noticed their gaze on the unfamiliar woman. Now they stared at her with jealousy and anger.

Who is she? they wondered. 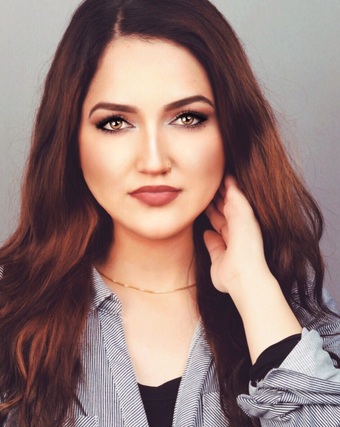 Beena Khan lives in a suburb in Queens, New York in her apartment. She is 27 years old from Azad Kashmir, Pakistan. She is an immigrant who moved to New York when she was five years old. She currently holds a Masters Degree in Developmental Psychology from CUNY School of Professional Sciences. She enjoys reading, writing, and netflixing. This is her debut novel.

Beena Khan is giving away three ebook copies of the book and a $10 bookstore gift certificate during the tour. (Four winners total!) Use the Rafflecopter below to enter.

Welcome to Beyond Romance, Beena!

Thank you for sharing my book, if interested in a review copy, please email me at beenaxkhan@gmail.com :)