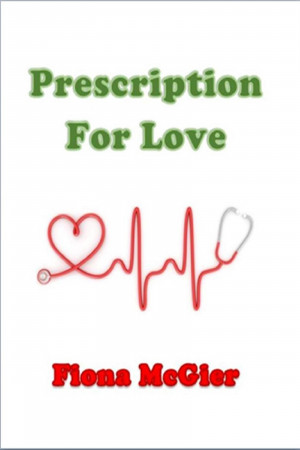 Dr. Enrique Reyes grew up in Chicago, but he has set up his practice in his grandfather’s small town in Mexico. Though he’s a long way from the rest of his extended family, he feels a strong connection to the home of his ancestors. The townspeople like and respect him, and he’d generally happy. The only thing missing in his life is a woman to love – someone who both fires his passion and inspires his respect.

Research biologist Tanora Doyle has come to Mexico for her field work, searching the jungle for medicinal plants. Stubborn, ambitious and bossy, Nora’s not the sort of woman to be wowed by a man, even someone as attractive and well-spoken as Enrique. Indeed, since she was raped at gun-point while out jogging, she has pretty much given up on men and sex. Still, when she shows up in Enrique’s office with a broken wrist, Enrique’s almost certain she’s the special someone he’s been seeking. Now all he has to do is convince Tanora of this fact.

Meanwhile, I didn’t find the attempted rape later in the book very plausible. I mean, the scene itself was vivid and well-written, but the notion that the local men with whom she’d already traveled into the jungle would suddenly turn around and become rapists seemed a bit strange. Tanora’s smart, and it seems she would never have trusted creatures as loathsome as the would-be-rapists.

None of these issues kept me from enjoying the book. However, I know from experience that Fiona McGier can do better.

I just saw this now, 2 days later. Thanks! Our internet has been going on and off for days now. Tech just left, saying he'll return tomorrow to hook us up to fiber optics cable. Um--okay. But since I've had no internet, I've been amusing myself by re-editing his book--what a huge coincidence! Since I'm only on chapter 10, I'll keep your criticisms in mind as I rewrite as needed. Thanks for your kind words.