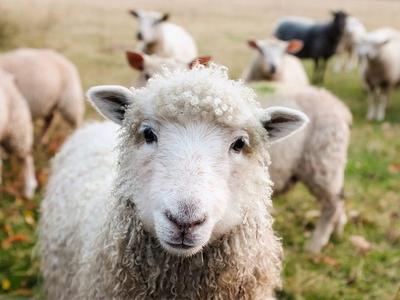 Image by David Mark from Pixabay

In my own quiet way, I guess I’m something of a outlaw. For one thing, I write smut – generally not considered a socially acceptable activity. My life hasn’t followed the standard script for women of my generation. I’m an engineer, a field often viewed as male-dominated. I left my birth country nearly two decades ago and have permanently settled half way around the world. Although I’m married, my husband and I have an open relationship. We’ve both kept in touch with former erotic partners, and we’ve experimented with swinging and polyamory. He and I have no children. However, we’ve founded several companies together.

My path has been a bit torturous but mostly enjoyable. While I don’t go out of my way to flaunt societal norms, I like to make my own decisions. Certainly, arguments based on popularity or mass appeal hold little weight for me.

I trace at least some of these attitudes to an incident in the early sixties. I was in fourth grade, living in frigid New England. That winter we had snow banks three feet high and weeks of temperatures in the teens (Fahrenheit). I had to stand outside with the other kids for twenty minutes every day, waiting for the school bus. Much to my embarrassment, my mother insisted that I wear padded snow pants under my dress. I hated this; only babies wore snowsuits! Furthermore, I had to tuck my skirt into the pants so I could hook the elastic suspenders over my shoulders. I looked even chubbier than I was.

“But Mom,” I argued one icy morning. “Everyone thinks I’m weird. Nobody at the bus stop wears snow pants!”

My mother, a strong woman with definite opinions, peered at me through her glasses. “Who cares about everyone else? Do you want to be a sheep?”

I was about to tell her I didn’t mind, but the deep contempt in her voice stopped me. I could tell from her tone that she’d never let the majority dictate what she should do. Wanting to make her happy – and amazed at the strength of her convictions – I donned the hated garment and headed out to catch the bus. I still felt conspicuous and silly, but I was also toasty warm. I noticed that the girls who had bare legs huddled together, looking distinctly uncomfortable.

Maybe she was right. Maybe being like everyone else didn’t matter nearly as much as I’d thought.

I’m still doing that now, especially when it comes to writing. Over my twenty year publishing career, I’ve seen the rise and fall of multiple fads and genres. Vampires, billionaires, virgins, step-brothers, cuckolds, reverse harem, Navy SEALS, mafia, aliens, motorcycle clubs – every few months there’s something new that “everyone” is writing. In a recent email, a friend who makes her living writing erotic romance was bemoaning the fact that she can’t keep up with what’s trendy. I told her (but I’m not sure she believed me) that it was hopeless, and recommended that she write what she enjoys, what sparks her personal passion. I could have asked: do you want to be a sheep? But that wouldn’t have been kind, or polite.

Sorry, but I don’t care what “everyone” is writing. Of course I have that luxury, because for me writing is a beloved avocation, not a career. But I also believe it’s impossible to gain either success or satisfaction trying to suss out what the masses are going to want next. Nobody can write fast enough to keep up with the fashions.

Meanwhile, I know from experience that my best work comes from tapping into my personal kinks and fantasies, not from writing to the market. For years I tried to produce the kind of romance my publisher wanted. I won’t say I failed completely, but trying to clip the wings of my salacious imagination resulted in books I now view as mediocre.

Not all my colleagues agree. Another friend has been analyzing the stats from Amazon, working to determine which genres have the best sales for the least competition. He’s very deliberately writing with an eye toward financial gain.

I wish him luck.

As for me, I now realize that my mom’s advice was precious, no matter how I resented it at the time. Her wisdom might not have brought me wealth, but I’ve reaped an abundance of joy.

I enjoyed reading this, Lisabet - we seem much alike there in the sense that we both choose to write whatever we feel like writing. I stubbornly stick to my Golden Shana series, rejected by at leat a dozen publishers and agents, because I refuse to change it and make "commercial" work out of the series as editors kept on telling me to do. I'd welcome the money, but my... artistic integrity and independence mean more to me. No sheep!

As you know (you read and reviewed the Bound to Tradition trilogy) Golden Shana is more a continuation of the Lindqvist family saga. I wrote about the billionaire Erik and his virgin Khira over a decade before a certain Mr Grey took the world by storm. And the Bound to Tradition trilogy won me several literary awards from more than one continent! Admittedly I steer well away from BDSM, but steamy sex between couples who are "a fool" for each other has always been my domain and joy. I revel in unique sexual experiences, and draw the stories from my own, which I embellish with more of my fantasies.

Thanks for sharing this, Lisabet.

Thanks for sharing your thoughts. Your work is original, passionate and genuine. That's what I look for in my reading. I just wish more readers valued these qualities.

Yes! What she said!

I think readers do value quality writing, but don't always know where to find it. And the various shills, like Goodreads, only push the authors who pay them, or who sell a lot of books on the big A. Alas, we're proud of what we write, but finding readers is the Holy Grail. Thus it probably has always been.