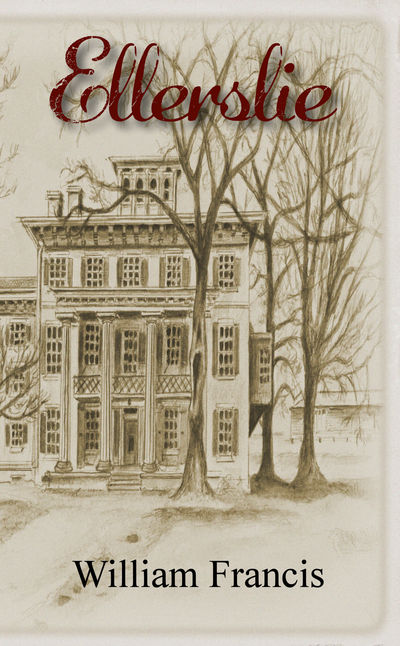 Did you know author F. Scott Fitzgerald and his wife Zelda lived in a haunted house?

It’s the Jazz Age, it’s Prohibition and aviator Charles Lindbergh is the most famous person in America. Author F. Scott Fitzgerald rents a mansion in Edgemoor, Delaware called Ellerslie hoping for a quiet retreat so that he can write his next novel following The Great Gatsby.

April Ross, the first and only female history major at the University of Delaware, is commissioned by the owner of Ellerslie to research the estate’s history for a potential sale. At least, that’s what April is told. In the days ahead, April’s historical research uncovers Ellerslie’s former owners dating back to 1810. She interacts with the Fitzgeralds, yet endures unexplained occurrences and visits by an unknown woman. Against her better judgement, April eventually accepts that the woman is a ghost and realizes that her true purpose is to find out who this woman is, or was, and what happened to her in real life.

The door had swung violently away from April and slammed shut.

“How did that happen?”

Nobody closed the door, nor did she feel a gust of wind. It would take a strong wind to close the heavy door. So how had it shut on its own?

April cautiously turned the metal door latch and peeked into the hall. She looked left. She looked right. Nobody was present. She glanced across the way and might’ve suspected the maid Elena, but the maid was busy rehanging Zelda’s clothes. So without a logical explanation for what happened April had no choice except to shrug it off and close the door.

April stripped to her slip and turned the handle to the sink’s hot water facet. The plumbing made a low rumbling noise for a couple of seconds before rust-colored water spilled out. April wasn’t alarmed. The same discoloration happened at her family home. And like home, she waited a few seconds for warm and clear water to appear.

She grabbed a bar of Pear’s soap already at the sink and started to wash her hands when a familiar aroma struck her nose.

April knew the fragrance well. It was her mother’s favorite. Mama rubbed the oil on her face and hands in the belief that it calmed the skin and reduced wrinkles.

Something flashed in the mirror.

Like the sensation of being watched, April felt someone, or some-thing stood near, very near. It was close enough to give her goosebumps on her arms and raise the hair on the back of her neck.

There was a clawfoot tub in the back half of the bathroom. The hot and cold-water valves were turning on their own.

Water shot from the two spigots.

She hurried to the tub, shut off the flow, and then stared dumbfounded at the draining water. Her heart pounded as she scratched her head and wondered out loud. “How did that happen? What’s going on?”

A tiny crack developed on the upper right corner of the mirror.

April sucked in air and watched in disbelief as a jagged fissure slowly spread diagonally across the mirror, about to split the glass in two.

April ducked and covered her head as the mirror shattered and shards of glass clinked into the porcelain sink and scattered onto the tile floor.

When she raised her head, April stared at the glassless frame awestruck and bewildered. “Sweet Jesus, it really happened. I didn’t imagine it. It’s not a delusion.”

April then experienced a paralyzing fear as she felt something like fingertips caress the back of her neck. 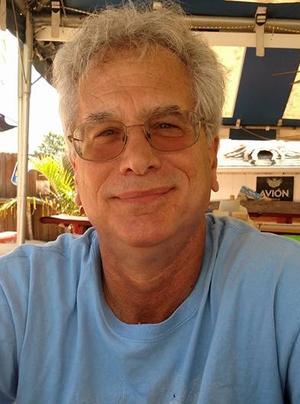 Raised in Newark, Delaware, William spends his days working in Corporate America and writing about the First State. He achieved a Masters Degree in Writing Popular Fiction from Seton Hill University, but also writes non-fiction. Through Arcadia Publishing he has produced 5 books related to Delaware: The DuPont Highway, Along the Kirkwood Highway, Along the Christina River, Building Interstate in 95 in Delaware and Newark Then & Now. Fiction titles include: A Life Told to None, The Umpire, Seacrest, and the five-star The Katie Dugan Case. Whether his books are fact or fiction, William hopes to entertain as well as inform and leave the reader with a satisfying experience.

William Francis will be awarding a $25 Amazon or B/N GC to a randomly drawn winner via rafflecopter during the tour.

Thank you for your post about my new novel, Ellerslie. I thoroughly enjoyed the research and effort it took to bring about its publication. I hope everyone who enjoys a good ghost story mixed with historical figures, especially fans of F. Scott Fitzgerald, will get a good fright and learn something about this writer of The Great Gatsby. Regards, William Francis

Welcome to Beyond Romance, William!

I hope your tour is going really well.