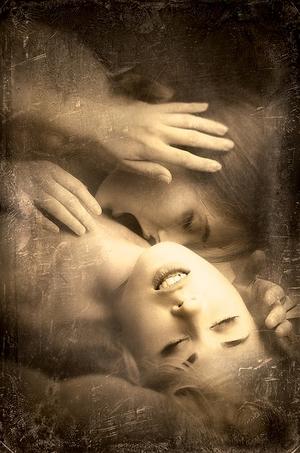 Image by Stefan Keller from Pixabay

I'm starting to wonder whether craft is the enemy of heat.

My first novel poured from my imagination onto the page in a breathless rush of passion. Looking back, I remember the process as almost effortless. Nothing seemed to block the flood of fantasy. My heroine Kate was my personal proxy, indulging in ever more transgressive erotic scenarios as she explored her sexual identity. As she surrendered to her master Gregory, I was reliving and perfecting my own odyssey of submission and then moving beyond recollection to conjure the imagined scenes I never had the opportunity to try. I wrote the whole book in a peculiar state of arousal - not exactly on the edge of orgasm, but with an exaggerated appreciation of every sexual stimulus, both internal and external.

I was an amateur back then. Now I'm a professional. All my self-conscious craft, though, seems to have smothered the spark that used to kindle my readers (and me) into vicarious flames.

It's much more difficult now to write a truly sexy scene. There's too much going on in my head. Instead of simply reveling in my personal perversions, I worry. Is this too stereotyped? Is this too raw for romance? Is this too tame for erotica? Haven't I written this same thing a million times before? Sure, it pushes my buttons, but didn't I just read more or less the same thing in someone else's story? And what about that sentence? I used “cock” twice already – should I change it to “prick”? Have I already used a storm metaphor for orgasm in this tale?

Still, I sometimes wonder whether I should stop being concerned about craft and just write “Sucking Daddy's Big One” or “Slave to the Cruel Professor” or “The Pirate's Whore” - the type of books that Amazon tells me people decide to purchase after viewing my BDSM story collections. It's true - the stories in those collections are more subtle, surprising and literary than Raw Silk, but they're not as hot. I don't know if I COULD silence the analytical voice in my head, or ignore my concerns for originality and freshness, but if it were possible, would I be able to recapture the glorious searing intensity of my early work?

Instead of worrying about this... I should probably be writing!

Interesting conundrum, isn't it? I feel the same way sometimes. I bemoan that my best books are behind me. But my one son who has read almost all of my books says he thinks my recent 2 werewolf books were me at the epitome of my craft. True, they were written "in the flow" as you call it.

But your writing is always interesting to this reader. Your frequent sex scenes, ie in the Pornographer's Apprentice, were steamy and arousing--yet the story kept moving along, and while not all of the characters grew and changed, certainly Gillian did. And even though I've been told by editors that foreshadowing is "no longer allowed in romance", I was intrigued by your hints at the direction the next book will take--and I eagerly anticipate its publication.

Did you ever see Idiocracy? Very quirky movie, where society worldwide has devolved to where the top grossing(yes, it's a pun) movie is just a naked ass farting. People roll in the aisles. But by the end of the book, the protagonist, Luke Wilson, says that from now on people will know "whose ass it is, and why it's funny." I think that's the epitome of the conundrum. But I, for one, hope you don't stop writing!

I thoroughly enjoyed Daddy X's short stories. I understand why he moved on, but I miss his sense of humor and his eroticism. Selfishly, I don't want to have to miss yours too!

Thanks for your kind words.

Foreshadowing is "not allowed in romance"? What kind of a ridiculous rule is that? Actually, I've never heard anyone say that before, but foreshadowing is simply one trick in the writer's tool box. It can be overdone, but sometimes it's essential.

I loved Idiocracy, though I often cringe to see how close we seem to be to that society that was supposedly 500 years in the future. Sigh!

Yeah--years ago I let a young teacher borrow my copy of Idiocracy--I asked him when he returned it, what he thought. He snorted, saying "those people aren't 500 years in the future. Some of them are in my classroom every day!" And now that we have adults acting like snotty adolescents, I fear for humanity.

I was re-reading some Greek mythology and realized that if that was humanity in its infancy (no science yet, so when they asked "Why?" they had to make up an answer using a story), then I don't think humans have progressed as a species much past about 4th grade. We're still sneering and yelling insults at each other. Sigh.

My husband thinks we've maybe made it to early adolescence--hormones raging, conquest desires utmost in our minds, wanting to constantly fight to prove we're right--and never listening to anyone else.

Either way, it's a sad moment, world-wide.