Whether you’re a Kardashian or a beast, you can’t survive without friends - #SmallTownRomance #DamagedHeroine #BroodingHero @JWilck 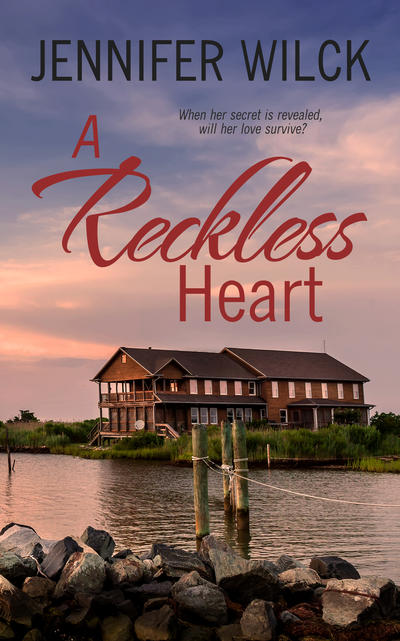 Thank you so much to Lisabet for hosting me today!

In my latest book, A Reckless Heart, the theme of friendship plays a huge role in both of my characters’ lives. Simon, the hero of the book, is a world-renowned landscape architect, with more money than he knows what to do with, but he became a recluse after a fire destroyed his family and scarred his face and body. If you asked him, he’d tell you he neither has friends nor wants them. However, two people in his life refuse to give up on him—Claire and Jed, Simon’s college friends and business associates.

Claire has grown up with Simon and is one of the few people who didn’t abandon him after his accident, when he made it clear he wanted to disappear. Married now, with a busy life of her own, she’s constantly poking Simon via text or email, teasing him about his new tenant, dropping off books he requests from the library, and checking in on him. She’s a catalyst that helps him get involved with the heroine of the story.

Jed is the caretaker and therapist at the botanical garden where Simon received therapy after his accident, and where he goes for inspiration. Therapy gardens meet the spiritual, physical, and psychological needs of their patients, and Simon’s work at the garden helped improve his fine motor skills after his hands were burned, as well as his psychological scars. Additionally, Jed suffers from a form of dwarfism, yet he doesn’t isolate himself from others, and serves as a role model and confidant to Simon.

Simon’s college friends are all at the pinnacle of their careers, with large amounts of money, and they formed an investment group where they pool their extra money and use it for philanthropic projects. Through frequent conference calls, the four men keep in touch with each other. Their investments allow them each to see beyond their own lives and branch out and help others.

Little by little, these interactions help Simon come out of his shell. But it isn’t until he meets Meg, the heroine of the story, that he is fully drawn from the shadows.

Meg’s friends also play an integral role in her life, but for the completely opposite reason. She is a former publicist to society’s elite. The pseudo-celebrities who want to see and be seen. It’s her friendship with these people that gave her purpose, until that friendship was tested. Meg took the blame, and her friends disappeared. Unlike Simon, whose friends provide the unwavering support he needs (even when he doesn’t recognize it), Meg’s friends are friends in name only. When she can no longer give them what they crave—publicity—they disappear. Her move to Gull’s Point, Maine, not only gives her the chance to start over, but it throws people into her path who are willing to look at who she is beneath the surface and who value her for herself, rather than for what she can provide.

When Meg and Simon meet, it takes both of them time to trust each other and develop a friendship first, before they move further into a relationship. But it’s that friendship that establishes a strong foundation, enabling them to ultimately withstand the forces that try to pull them apart.

Meg Thurgood, former society girl, took the blame for her friend and paid a steep price. Now all she wants is solitude and a chance to rebuild her life. She thinks she's found that in an isolated house she rents from a mysterious stranger.

Simon McAlter has hidden in his house on the coast of Maine since a fire left him scarred. A successful landscape architect who conducts his business and teaches his classes remotely, he's lost his inspiration and is trying to pretend he's not lonely.

Simon's new neighbor is more than he bargained for. When he learns Meg's secret, will he retreat into the shadows or will he learn to see past the surface and trust in Meg's love?

And here’s an excerpt to whet your appetite.

Nervous laughter bubbled in her chest. They’d been close before and held hands. Granted, he’d covered hers on the ladder, but still. It wasn’t the first time they touched. Why was this different? She remembered the sensations when he’d covered her hand on the roof— warmth and roughness and safety. And she wanted it. She bumped her hand against his, on purpose, to feel his skin. It wasn’t smooth like hers. Its texture, unique to him, fascinated her. A moment later, he rubbed his arm against her.

Was it accidental, too? She snuck a glance at his profile. Although his hair blocked most of his face, she’d swear when the wind blew it, a ghost of a smile hovered, like they shared a private joke. Her belly warmed, and the air between their knuckles, where they almost touched, crackled with electricity.

The next time their bodies touched, she slipped her hand through his elbow. His body jolted before he pressed her arm against his side, and they walked to the curve of the shore connected.

When they stopped, they watched the waves lap over the rocks, their froth sputtering into the cracks.

“This is the only place I’ve ever not felt alone,” he whispered.

“How long have you been alone?”

“Too long,” he replied. “This is the only place I’ve ever felt seen.”

“I can’t imagine you invisible,” he said.

“When “It Girls” and camera bulbs surround you, it’s easy to fade into the background.”

The sky and water darkened as the light faded, and she shivered in the chill air. Her hand grew icy as he pulled away from her. As she was about to complain, a weight landed on her shoulders. His arm drew her close. He remained still, as if he waited to see if she’d object. Instead, she leaned against his side. Heat emanated from him, and tingles ran through her body. A desire to turn into him, to press her body against his, to kiss him, overwhelmed her. He positioned her in front of him and rested his chin on the top of her head. His heart beat against her back. A soft moan escaped her lips, and they both froze. All of a sudden, she was aware of how close she was. His jacket was warm from his body and smelled like him. 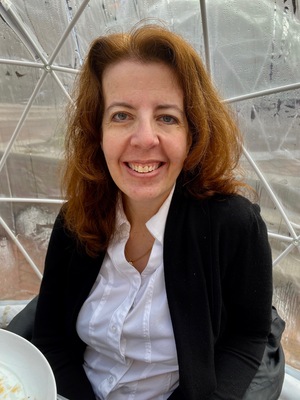 Jennifer started telling herself stories as a little girl when she couldn’t fall asleep at night. Pretty soon, her head was filled with these stories and the characters that populated them. Even as an adult, she thinks about the characters and stories at night before she falls asleep or walking the dog. Eventually, she started writing them down. Her favorite stories to write are those with smart, sassy, independent heroines; handsome, strong and slightly vulnerable heroes; and her stories always end with happily ever after.

In the real world, she’s the mother of two amazing daughters and wife of one of the smartest men she knows. When she’s not writing, she loves to laugh with her family and friends, is a pro at finding whatever her kids lost in plain sight, and spends way too much time closing doors that should never have been left open in the first place. She believes humor is the only way to get through the day and does not believe in sharing her chocolate.

She writes contemporary romance, some of which are mainstream and some of which involve Jewish characters. She’s published with The Wild Rose Press and all her books are available through Amazon and Barnes & Noble.

In keeping with the theme of friendship, I’d like to offer a $10 Starbucks gift card to one person who comments on the blog. After all, what better way to celebrate friends than with a coffee date! Winner will be drawn at random on April 7. Good luck and thanks for stopping by!

Thanks for sharing a bit about your book! :)

Welcome to my blog! I hope A Reckless Heart does really well.

And thanks for the giveaway!

Thank you so much for hosting me!

Colleen, thanks for stopping by!

Really cool and intriguing blurb! Curious as to what will happen next! reneela2000(at)gmail.com

Thanks for the great post and intro to your book. I would love to read more.
debby236 at hotmail dot com

Wonderful post Jennifer. Intriguing blurb and excerpt. I'll have to add this to my TBR list. Good luck!

I am always looking for new authors to read. This book sounds like the kind I enjoy reading.
I like the storyline and anxious to see how they resolve their issues.
jwisley(at)aol(dot)com

Hey, Aero, Debby, Tena and Joye, thanks so much for stopping by, as well as the kind words about my book. I loved writing it, and hope you enjoy it.

I really enjoyed the excerpt and can't wait to see what happens.

I love the cover of your book. The artist did a beautiful job of the light and the water.

It's an intriguing premise, and I like the excerpt!

I have loved everything I have read so far. "In The Moment", "Waiting For A Miracle" and "Addicted To Love" are some of my favorite books.

Audrey, thank you so much, that means a lot!

Deb and bn100, yes, I was very pleased with the cover artist as well. Thanks!