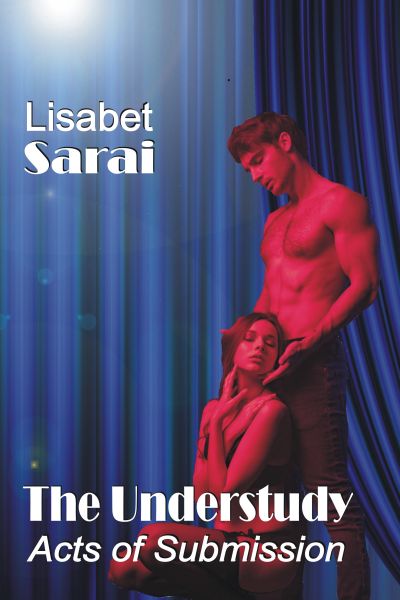 I don’t usually do “cover reveals”. I’d rather wait until my book is released, so that readers can not only ogle the cover, but also get their hands on a copy. I’m not big on delayed gratification!

However, I spent hours yesterday – most of the day – trying to create a cover for my upcoming release, and I’m so proud I have to share.

Although I think I have some artistic talent, I’m a total novice when it comes to using photo editing and other graphic arts software. The situation is complicated by the fact that I use the Linux operating system, rather than Windows or Mac, so the packages available are somewhat different from what most people employ. It seems like forever that I sat there, peering at the screen, erasing errors pixel by pixel, swearing when my hand slipped and I lopped off a bit of my hero’s nose, or my heroine’s fingers. It was truly painful. But maybe it was worth the effort.

The town car slid to a silent stop in front of the steps. The uniformed driver opened the back door, then stood back to let his passenger alight. For a long moment nothing happened—like the suspense before the curtain rises. I realized I was holding my breath.

A pair of long legs clad in black emerged from the shadowy interior. A lean torso followed, wearing a white shirt open at the neck under a black jacket. Finally, I could see his face.

Up close—he stood no more than a dozen yards from us—he looked more rugged and less refined than he had seemed on stage. Thick black hair curled above a noble forehead. I had a sudden, almost irresistible urge to bury my fingers in those lustrous waves. He had a Mediterranean complexion and a proud nose with a slight hook. I remembered reading that he was part Armenian and part Italian, despite his British stage name. His square jaw suggested stubbornness, his wide mouth and full lips, sensuality. His eyes were set deep under well-shaped, somewhat bushy brows.

He turned those dark eyes on me and I felt suddenly faint. They were the eyes of a predator sizing up his prey. His lips twisted into a half smile, displaying his pearly teeth. I wanted to run, but I was rooted to the spot. My cheeks burned. Sweat gathered under my arms. I realised my nipples were hard, pressing painfully against the constraining fabric of my bra, and I said a silent prayer of thanks that I’d at least worn a bra today. At least he couldn’t see those brazen nubs. The way he looked at me, though, with that focused, cruel attention, made me feel completely naked.

I couldn’t look away. The moment stretched itself out. My disobedient body betrayed me more deeply with each breath. I felt him rifle through my thoughts, seeking my lewdest fantasies. I tried to empty my mind. I couldn’t banish the image that surged up without warning, a picture of him grabbing me and tearing my clothes off.

Stay tuned! I expect a release in the middle of April!

Posted by Lisabet Sarai at 9:51 AM

Good luck with your new story. It sounds interesting from the snippet!