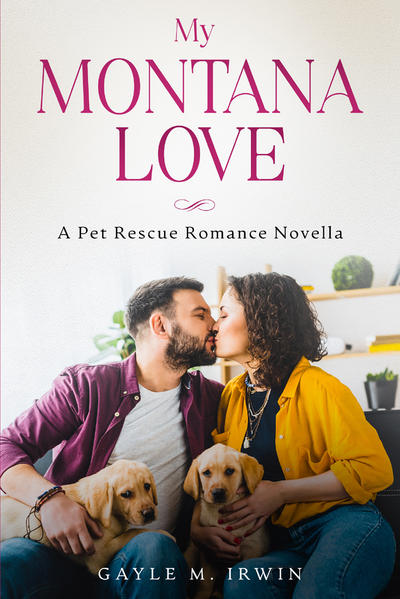 The month of spring has arrived – March, and upon a not-so-distant horizon lies a big birthday for this author # 6 – 0. Yep, I turn 60 years old in just a few short weeks. I struggled with the big 3 – 0, and now, here I am, 30 years later. Good grief – where did those three decades go?!

I guess because I am I older is one reason I enjoy writing second-chance romance with characters in their 40s and 50s. I’m also a product of second-chance romance, being married in my 20s and 30s, divorced before 35 and remarried at 40. My husband was also older when we married (older than me, even!). We recently passed our 20th anniversary. So, for me, writing romance with older characters is fitting.

“Write what you know,” many say. I certainly do that! Not just regarding romance at an older age, but romance stories that weave a large passion of mine: pet rescue and adoption. My series, which I called the Pet Rescue Romance series, now consists of four books, each one weaving the idea of animal rescue and adoption. My new release, called My Montana Love, is a sequel to my first romance novel, Rescue Road. 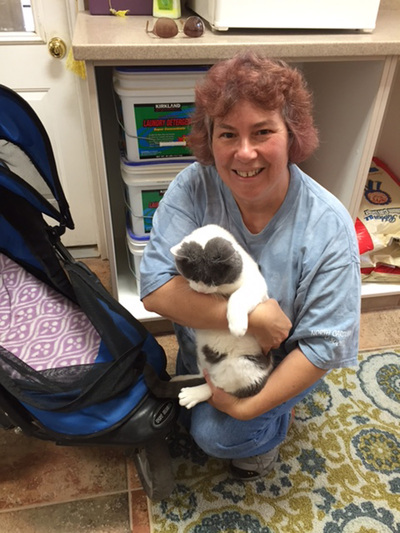 Gayle and Chet the Cat

In that book, my primary female character, Rhiann, meets Levi and later in the book they begin a romance despite many challenges. My Montana Love moves readers five years ahead, with new and difference challenges to the couple’s love. In both books, as well as the other two (one which is a sequel to Rescue Road, and the other, titled Finding Love at Compassion Ranch, is about Rhiann’s sister, Erin, who experiences her own second-chance romance), readers will discover some amazing rescue dogs and cats.

My own pets are rescues that my husband and I adopted. I volunteer for various animal welfare organizations, and I donate a percentage of my book sales back to such groups.

So, as My Montana Love releases on the landscape of my 60th birthday, I’m thankful for the pathway I’ve traveled. Becoming a novelist, writing romance that weaves my passion for pet rescue and adoption, is a dream come true for me. I’m not only entertaining readers, hopefully I am inspiring and educating them about the importance of pet rescue and adoption. 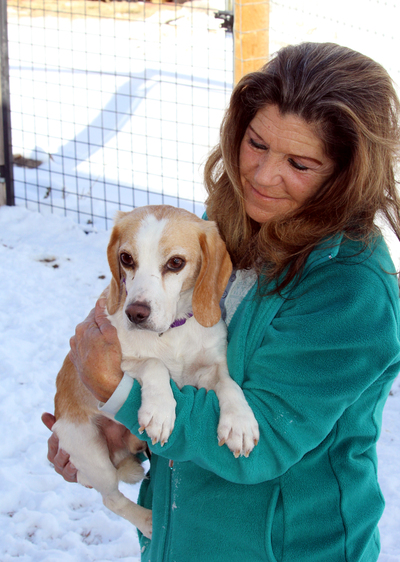 Sundance Beagle and Mary the caregiver

So, turning 60 isn’t so bad after all – it’s a doorway through which I’ll continue my journey as a clean, contemporary, second-chance romance writer who showcases sweet dogs, cats, and horses and the joy they bring to

Crisis and Chaos in Paradise

Rhiann and Levi married five years ago. Their blissful life on a Paradise Valley, Montana ranch, buying, breeding, and selling horses and operating a rescued animal sanctuary, is challenged when Levi experiences a health crisis. A much-anticipated anniversary trip to Ireland postponed, a financial situation she didn't expect, and a past experience she thought she'd put behind her causes Rhiann to face critical decisions. Can she keep the ranch and sanctuary solvent and her marriage intact, or will these incidents cloud her judgment and cause chaos she cannot control?

Levi rose from the kitchen table, balancing his unsteady body by placing a hand on the table as a brace. His reddened face contorted.

Rhiann flinched. He took a deep breath and tried to steady his voice.

“He’s the nephew of the man who tried to take this land. There’s no way I’ll allow him to work our ranch.”

Levi again sat down. He put a hand to his head. “Of all the men from here to Bozeman and west to Harrison, this guy had to answer the help wanted ad.”

“Maybe it’s a sign,” Rhiann responded in a low voice.

He looked at her. “A sign? What are you talking about?”

She sat in a chair next to him.

“I think we both have been carrying unforgiveness toward Dallas Patterson ….”

“For justified reasons. He meant to kill you, Rhiann.”

Levi stood again. “Ever since we brought Dave on, things haven’t gone as well for us, even between us.”

He looked at Rhiann and saw her ashen face.

“What do you mean by that?” she asked, her voice cracking.

“Our disagreements, our not being on the same page about things.”

Rhiann stood in front of him. “Levi, people don’t always agree on things. And Dave has turned out to be a great ranch hand.”

“Yeah, but why? Maybe he and Patterson’s nephew have been conniving all this time, spying on us for some loathsome purpose.”

Rhiann placed her hands on her hips. “Like what?”

Levi hobbled toward the kitchen sink and leaned against it.

He faced her, and she continued, “As far as our disagreements, we’ve had them before, but we always found a compromise.”

“Yeah, involving me giving in. I’m getting tired of it.”

He watched as her eyes first bulged and then narrowed.

“Rhiann Elizabeth Kelly, maybe I’m just weary of being the dog in the fight.”

“You used my maiden name.”

His wife’s soft voice startled him. Their eyes locked.

“You don’t want to be married to me anymore, do you?”

Levi’s gut tightened, and he nearly doubled over. He reached out to her.

“Of course it is. You just couldn’t come out and say it.”

Rhiann turned her back on him, and he watched her shoulders shake. He attempted to walk to her, but one leg wouldn’t budge. He stumbled and fell to the floor. He heard Rhiann’s deep intake of breath just as he heard a deep, male voice.

“I guess that’ll teach you to be such a jerk.”

Levi turned his head to see his friend Phil standing in the kitchen’s entryway, arms crossed over his chest, and a deep frown furrowed on his face. 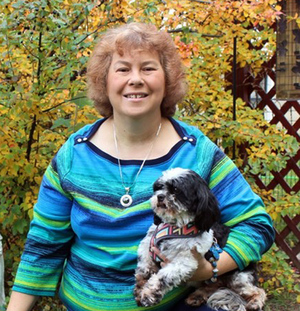 Gayle M. Irwin is a contributor to seven Chicken Soup for the Soul books and the author of many inspirational pet books and stories for both children and adults. Her clean, contemporary romance series, Pet Rescue Romance, consists of Rescue Road, released November 2019, Finding Love at Compassion Ranch, released in May 2020, a 2020 holiday novella, Rhiann’s Rescue (the series’ prequel), and the upcoming My Montana Love. She subtly weaves important life lessons within the lines and pages of her stories, including the importance of pet rescue and adoption. Learn more about Gayle and her writing here: https://gaylemirwinauthor.com/.

Find Gayle on the Web

Thanks so much for being my guest, Gayle! I love your photos of you and the critters. Personally I can't imagine life without a couple of rescue cats. We have one who's crippled because she fell off a roof when she was a kitten, another who lived in a cage for the first ten months of his life. They're both darlings.

One of my besties has always volunteered at shelters. She has one dog and two cats she couldn't part with after fostering them. That kind of compassion is part of why we've been besties for so long.