A sinister past, a terrifying present... #Horror #Fantasy @AshleyLister 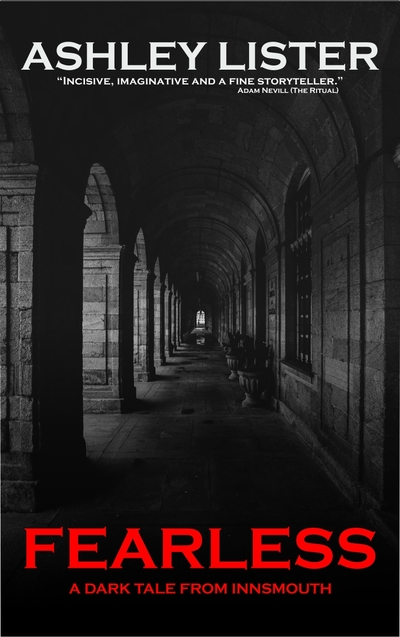 Innsmouth University is a place with a sinister past and a terrifying present.

Two brilliant students, involved in illicit and unethical practices, believe they have found a cure for fear. The unwitting subjects of their experiments are subjected to a range of horrors as the students try to discover if it is possible for any individual to be truly fearless.

Available in ebook and print!

West smacked a bitch-slap across Robert’s face. The sound was hard and flat in the cold acoustics of the room. Robert staggered back from the impact, raising an arm to stop further assaults.

Graham considered stepping in to intervene but he did nothing. A part of him worried that West looked sufficiently powerful to handle physical threats from himself and Robert, and he had no wish to incur the humiliation of being bitch-slapped. A larger part of him figured that Robert probably deserved this punishment.

West raised his hand again. Despite Robert’s best efforts, West planted a sharp and punishing blow across Robert’s other cheek.

“Don’t tell me to calm the fuck down,” West told him. “And stop backing away when I’m trying to slap the smugness off your shit-pig face.”

Graham could have told West that it would take a lot of smacking to remove the smugness from Robert’s face, but he didn’t think the contribution would do anything positive to resolve the potential issues. “What’s the problem, Mr West?” Graham asked coolly.

West rounded on him.

“Problem?” His eyes were bright with hatred. “There’s no problem. I’ve just had my life’s work stolen by this weasel-faced shit-pig and, to rub salt into the wound, he has the temerity to invite me to the sales pitch he’s giving to those vultures who will be squabbling over the ownership of my contributions to science and technology.” In a tone that dripped with toxic sarcasm, he glared at Graham and asked, “That’s not a problem, is it?”

“Your contributions to science and technology?” Graham repeated. He glanced doubtfully at Robert. “What’s he talking about?”

Robert didn’t get a chance to respond.

West said, “I’m talking about my approaches to eradicating fear from the human psyche. I’m talking about the way I took steps to lessen activity in the amygdala. Those were my breakthroughs and this shit-pig is trying to steal the credit for my accomplishments.”

“Will you stop calling me a shit-pig?” Robert demanded.

West hit him across the face again and called him a shit-pig.

“Easily one of the best ghost stories I’ve read lately. Ashley’s character work is wonderful, he doesn’t go for the cheap scare, he builds the world and the people in it to the point where you can’t help but feel fear for them and the horrible situations they find themselves in. I’d recommend this to any supernatural horror fan, and I’m looking forward to whatever Ashley puts out next.” 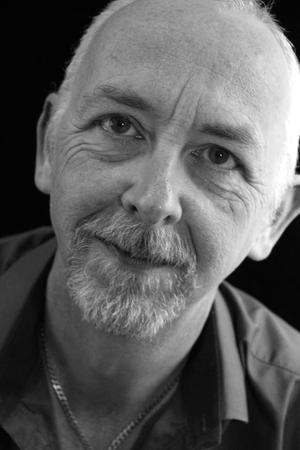 Ashley Lister is a prolific writer of fiction across a broad range of genres, having written more than fifty full length titles and over a hundred short stories.

His fiction includes a broad range of titles, written under an array of pseudonyms, although he is currently writing under his own name and producing horror fiction, such as Raven and Skull, Doll House, and the series of novellas he calls his dark tales from Innsmouth.

Ashley is a Higher Education lecturer with specialisms in creative writing and linguistics. He holds a PhD from Bolton University for his thesis Five Plots: the relationship between plot and genre in short fiction.

He is the co-host of Blackpool's Pub Poets and a regular participant (and occasional winner) in their monthly Haiku Death Match.

Posted by Lisabet Sarai at 7:11 AM

Welcome to Beyond Romance, Ash!

This sounds like a great premise. Lovecraft would be proud!