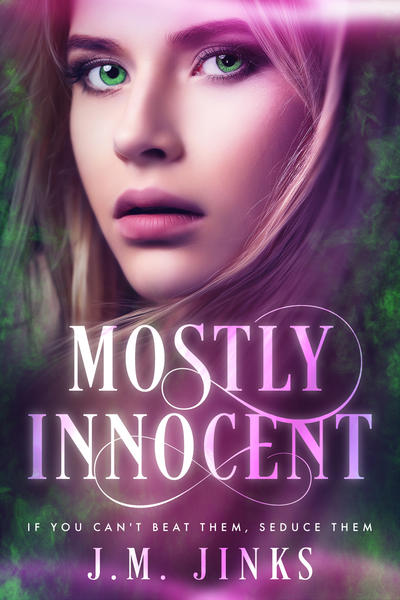 Meet Layla James, your typical smart and snarky chick—except for the whole succubus thing. After nearly a millennium on Earth, Layla’s settled down in a boring life in Palm Springs, until a smoking-hot hunter comes to arrest her for murder. But Layla knows the rules—she'd never kill someone and incite the wrath of The Powers That Be.

Elijah Daines is a hunter, maintaining the balance of good and evil in the mortal realm, his power stronger than any hunter she’s ever encountered. Plus, he’s a seriously sexy distraction. Too bad he’s accused her of a crime she didn't commit.

As the killer continues a murder spree that not only frames Layla but threatens to expose the existence of supernatural creatures to humans, Layla and Elijah team up to investigate. Hopefully, they can fight off their escalating attraction for each other long enough to exonerate her and stop the murder madness.

He edged nearer the counter. I, or maybe my succubus, decided on a whim I would not be intimidated by his power. I wasn’t sure where my sudden courage came from. He had to have sensed my succubus signature. We weren’t a violent race when we controlled our urges. I’m Queen of Control over here. I’m sure he knows I won’t hurt him. Right?
But why is he here? Something must be wrong.

With every step he took closer, I had a better look at him. His dark hair was in slight disarray and his crystal blue eyes scoured my face. He towered over me in every sense of the word. My stomach dipped.

He and Jolene should go back-to-back so I can get an accurate measure of his height.

I shook away my thoughts of him. Given his disapproving glare, he came here on a mission. Greek god or not, he was still a hunter, and I—

I was a product of evil, aka something he hunts.

“Succubus,” he growled. One little word filled with eons of unabashed hatred. It vibrated through me. All hopes of him wanting a new bathroom paint color vanished. No, this visit wouldn’t be pleasant, not at all.

Perhaps I could seduce him. Hell, he could do me right on the floor of aisle nine next to the light fixtures, if it kept him from killing me. I bit my lip. Hunters weren’t typically susceptible to succubi charms. A failed attempt of Aphrodisia could earn me more problems.

I released a breath. Some buried-deep, natural instinct rolled through me again, and I decided to stand my ground. I stood straighter and barked back, “Hunter.” 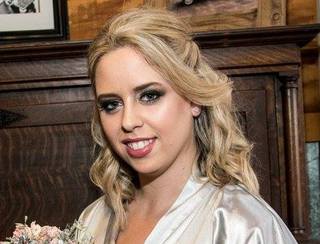 J.M. Jinks was born and raised in Southern California. She lives with her husband, two dogs, and two cats in her hometown. J has a Bachelor’s in French and a Master’s of Education. She is a teacher by day and a writer by night. J and her husband welcomed a baby boy in May 2018.

J has always had a love of reading that progressed into writing. Mostly Innocent is her first published book.

J loves to connect with her readers. You can find her at:

J.M. Jinks will be awarding a $10 Amazon or B/N GC to a randomly drawn winner via rafflecopter during the tour.

Hello, J.M. - welcome to Beyond Romance and congratulations on your first book, the first, I hope, of many!

I love the cover. And has anyone ever told you you look like Buffy the Vampire Slayer? Not a bad thing for an author of urban fantasy LOL.

Thank you for hosting! And OMG telling me I look like Buffy is like the biggest compliment ever, she is my favorite heroine of all time!