Writing for the market - not! #market #smut #contrariness 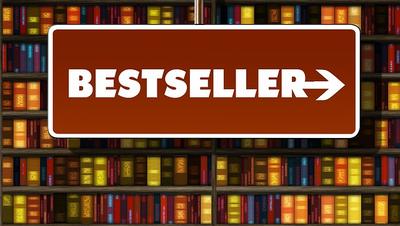 Market? Do I have a market?

Definitely not what you’d call a large market, though I’ll admit it’s one I respect and for which I’m grateful...

The funny thing is, to a very large extent, I understand what’s popular in the different genres where I dabble. I believe that I could write exactly what the market wants, if I set my mind to it. Another lusty virgin seduced by a dark, seductive, haunted dominant? I cut my literary teeth on that trope, in my very first novel. (Okay, Kate wasn’t exactly a virgin, but she was a total newbie as far as BDSM was concerned.) Been there, done that. Although tales of power exchange push my personal buttons more than almost any scenario, the world now has more than enough books with that basic plot. I have little desire to write another.

In fact, I’ll admit that when it comes to my writing, I have a contrary streak a mile wide. I love to experiment with different genres. When I do, my first thoughts involve ways that I can give the genre an original twist. For example, I wrote a feline shape shifter romance in which the hero was originally an ordinary cat. I wrote another shape shifter romance about Quetzlcoatl the feathered serpent. In The Gazillionaire and the Virgin, the bossy billionaire is a woman and the virgin is a guy (a nerdy professor who is borderline Asperger’s). In my multi-genre opus RajasthaniMoon, I challenged myself to include the classic elements of as many genres as I could. I ended up with a steampunk/ BDSM/ multicultural/ menage/ werewolf/ Rubenesque/ Bollywood tale that I personally think is pretty brilliant (or at least, a huge amount of fun), but which apparently left readers puzzled.

On the other hand, I find myself struggling to tone down the raw sex in my romance. I make my editors squeamish. Then there’s the problem that my characters always want to have sex with the wrong people, instead of staying focused on their soul mates.

I understand how fiction works and how language can manipulate emotion. I feel as though I have decent control over the tools of my craft – better than the majority of published authors today. I’m confident I could bring those tools to bear in order to construct, if not a best seller, at least a series of books that would sell much better than what I write now.

The bottom line, though: I don’t want to do that. I’m not trying to make my living at this. I can write what I like – even if only a few people share my tastes. My true market consists of the relatively rare individuals who care about originality in fiction and who appreciate the way a story is told as much as the story itself.

I first read this post at 3am Las Vegas time when I stumbled into bed and have been asking myself if I should respond to this post or not. But the inability to stop myself from opining on things pushed me over the top but when I woke up this morning, I had regained my senses.

My response got so big that I decided to wait and post it as my monthly ERWA post on the 24th. However, teaser is this while I agree with you mostly, I look at writing smut and the reasons why in a different way. Thought provoking blog post!

Okay, now you have me REALLY curious, Larry. Are you really going to make me wait for three weeks?

I say, keep writing what you enjoy. I really enjoy reading my old books, and feel pride in all of them. But sales? If I have to write a glowering, rich alpha-hole dominating a virgin with low self-esteem to make money, I guess I'll never make any royalties. I don't even like to READ those books, let alone to live with those characters talking in my head long enough to write a book about them. Because that's what writing entails:letting those characters dominate your thoughts while you write their story. And I prefer to choose who dominates my thoughts. Like Melina Mecuri in the movies "Never on Sunday," says to a guy who is offering her more money than the one she chooses to take home with her, "In my line of work, I have to like them first."

Would you like my help in self-publishing your backlist? It's really a straightforward process. And you make more money than when there is a publisher in the middle. If you're interested, get in touch by email.