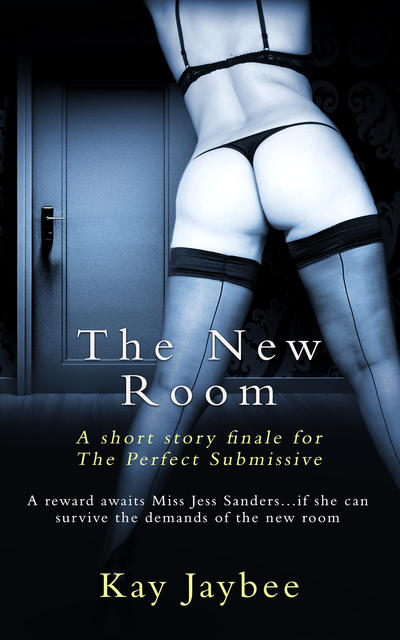 Resident submissive of the Fables Hotels adult entertainment floor, Miss Jess Sanders, has been instructed to test out the new facility that her manageress, Mrs Peters, has designed for the sexual pleasure of her clients.

With a dungeon, Victorian study, medical bay, school room, and the daunting White Room already available for their guests, Jess can’t begin to imagine what lies behind the innocent looking door to the fifth floor’s new room.

With the feeling that she’s acting in a play that everyone knows the script to but her, the Fables perfect submissive is challenged to the limit in Mrs Peters new room, and beyond... 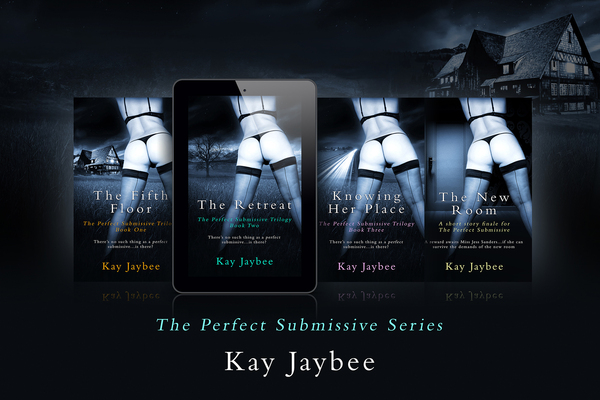 Her instructions had been to go through the door, walk three paces forward, and then stand and wait inside the fifth floor’s latest facility.

Frost was already crusting over Jess’ shoulders, and the dampness of anticipation that gathered at her crotch prickled as it chilled against her surrounding’s winter-like caress. Her eyes stung with as she blinked into the stark brightness of the space, but as Jess’ hands had been secured behind her back, she couldn’t rub them better.

As the submissive looked about her, she saw that not only could the discerning paying guest at the hotel enjoy the delights of a pseudo-school room, a Victorian study, a dungeon, a medical bay, and the intimidating White Room; they could now experience icy arousal in a fairy-tale style snow grotto.

The ceiling and walls had been studded with crystals and draped with shimmering chiffon fabric that took away the room’s rectangular proportions, making the space feel cavernous. Tiny silver fairy-lights sparkled like glitter, while genuine ice granules clung to every surface, including the fake snow that made a distinct crunch beneath Jess’ strappy silver heels.

Having been stripped of all her clothes by a silent Mrs Peters, prior to being thrust across the new room’s threshold, Jess had been surprised that she’d been allowed her to keep her shoes on. Now she understood why. Only the heavy silver and green velvet robe that had been hung around her naked shoulders gave the submissive any level of protection against the all-invading cold. If she’d had to stand on bare feet in the room, even after all her endurance training, Jess wouldn’t have lasted for more than a few minutes before she had frost bitten soles and toes.

Surveying her surroundings more thoroughly, Jess was just contemplating how easy it would be to hide instruments of sexual play and deprivation between the fake cavern walls and the real walls, when she became aware of the sound of a faint hum.

The distinct brrring vibration of a refrigeration unit.

No wonder it felt so arctic; the room was literally a freezer.

A freezer that held nothing but two chairs, that sat in the very centre of the frost-crisped pseudo-cave.

One seat was more like a fairytale throne than a chair. Made of wrought iron and painted silver, its high back was decorated with intricate butterfly and flower shapes. Well padded with plush, silver satin cushions over the back and seat, Jess already knew it was far too comfortable to have been placed in the room for her use.

The chair to the throne’s right was stark by comparison. Wooden and straight backed; it had been painted plain white and held neither ornamentation nor cushions. That’s where I’ll have to sit, Jess thought, if I’m permitted to sit at all.

The crunch of snow being scraped behind her told Jess that someone had opened the door. She didn’t turn to see who it as. She knew better than that.

A pair of hands came to her shoulders, but the heavy fabric of her cloak prevented Jess from being able to tell whose grip it was. Mrs Peters had told her this was to be the first staff training session in this room; therefore the hands had to belong to a member of the Fables staff. The tone of the breathing behind her, combined with the size of the handhold, informed Jess the newcomer was male. That meant it had to be either Master Lee Philips, the barman and occasional helper on the fifth floor, or Mr Sam Wheeler, Mrs Peters’ personal slave, business partner, and professional artist.

The hands didn’t move from their position on Jess’s shoulders as the whirr of the generator was abruptly drowned out by the activation of some ethereal music from a speaker hidden between the folds of the fake ceiling. The haunting Celtic lyrics drifted into Jess’ ears, adding to the eerie atmosphere and making the hairs on the back of her neck stand up as the unknown person stepped closer to her back.

With each fresh second that passed, Jess had the uneasy feeling that she’d walked into the throne room of the Snow Queen – a wicked Snow Queen.

The masculine hands moved slowly. The confidence of touch that Jess had come to recognise from the men on the Fables staff was missing. As the palms slid down her arms, ducking beneath her cloak, the visitor took each of the submissive’s tethered wrists in his hands, and briskly marched Jess forward.

The submissive’s mind raced. Who is this man?

Kay Jaybee was named Best Erotica Writer of 2015 by the ETO. 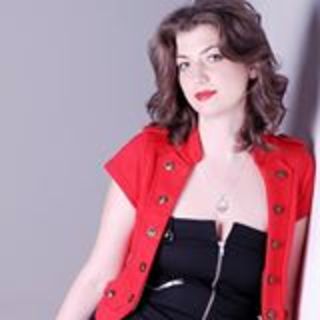 Details of all her short stories and other publications can be found at www.kayjaybee.me.uk

I'd say the book sounds hot, except for the excerpt. Original idea, though I have to say that being cold is pure torture for me.