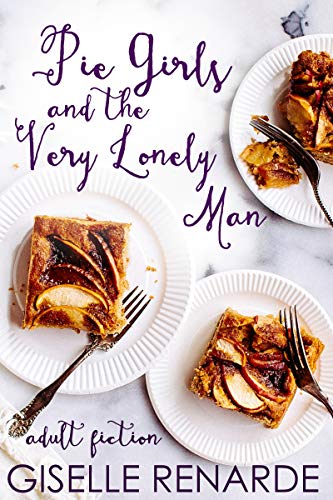 When mild-mannered accountant Jerry Butler breaks a date so he can go support his mother during a family crisis, Jerry’s girlfriend Tracey throws him out. Instead of sympathy, his mother offers criticism. According to her, he’s nothing but a useless wimp who can’t commit or keep a relationship alive. Jerry makes allowances for his mom; after all, her new husband Walter is on his death bed. Still, he’s feeling pretty lost and lonely when he wanders into the local pie shop. He’s all by himself in a strange town. Though he still has a job in the city, he’ll be homeless when he returns. Tracey has made it clear she intends to keep possession of the apartment they’d shared. His many sisters are wrapped up in their mother’s tragedy. Nobody really cares what happens to Jerry.

Lindy, the curvy proprietrix of the pie shop, serves him the best blueberry pie he’s ever had, then offers him a taste of her own ample flesh as a second dessert. Jerry’s astonished, but not about to refuse her gloriously full body. He doesn’t know what to think, though, when they’re interrupted by a thin, stylish woman who turns out to be Lindy’s wife Alberta. He’s even more confused when Alberta comes on to him, too. Are the two spouses really so out of touch with one another? Or are they conspiring together, using him for their sexual satisfaction while deliberately keeping him off-balance?

I absolutely adored Pie Girls and the Very Lonely Man. The story is funny and touching by turns, filled with original notions and unexpected twists. Jerry’s a sweet, appealing character without a macho bone in his body. He’s as delighted to give pleasure as to receive it. (It occurs to me now that having grown up with lots of sisters may be partly responsible for his generous and female-friendly attitude.) Lindy and Alberta are complicated, both together and individually. Ms. Renarde keeps the reader guessing about their real motives until fairly late in the tale, but eventually we realize that Jerry is just what the two women need to stabilize their fraught relationship.

When writing erotica, it’s tough to avoid repetition and clichés. I am a huge fan of Giselle Renarde’s sex scenes, which always seem creative and fresh. In Pie Girls, she has outdone herself. Jerry’s encounters with Lindy and Alberta are full of delightful surprises. The three-way sex scene demolishes gender stereotypes in a most satisfying way– satisfying both for the reader and the characters.

I highly recommend this sweet, sincere and arousing story. It will leave you hungry for more.