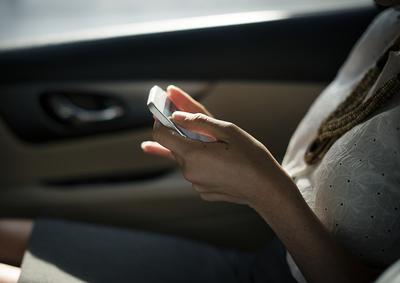 Sunsette is a discreet app that can be downloaded to any iPhone device (Android coming soon) which delivers one sex-positive, fictional erotic short story each day, at sunset. What sets Sunsette apart is the sex-positive angle - all of Sunsette’s stories are non-demeaning and generally feature women as protagonists, which is a big shift from mainstream erotica, still dominated by male producers and consumers. Content is also especially high-quality, with stories sourced from talented writers across the world, many of whom are regularly featured on Amazon and USA Today best-seller lists, including of course Lisabet Sarai, author of this blog and one of the early contributors to Sunsette.

Sunsette’s tagline is “No Guilty. Just Pleasure.” This is a refreshing alternative to the “ick factor” many users can relate to when watching adult video content. Further, Sunsette says the text format (vs. video) allows readers to engage their imagination, something that is proven to increase arousal. According to the Journal of Sex Research, women who read romance novels have 74% more sex with their partners than those who don't. Even if this statistic is just directionally accurate, it behooves us all, or the majority of Americans who indulge at least once per month, to take notice (and dare we say download the app!).

Alongside Sunsette, myriad startups are entering the sexual wellness space to cater towards the wide and booming consumer segment beyond straight males. Personal product companies like Dame Products, popular blogs like Future of Sex and even direct competitors like Frolic Me, all seek to make the business of arousal more relevant and comfortable for historically ignored demographic groups.

Startups like Sunsette are well-positioned: the global market for sexual wellness products is expected to grow at 13% per year over the next eight years to reach $123B in value according to Stratistics MRC. This trend is directly implicated as a causal factor in recent headlines decrying the declining rates of sex in America today. At Sunsette, we may be one of the few companies leading consumers back towards intimacy instead of away from it.

My partner Joe holds an MBA and has a tech background with Tesla. He has led the technical architecture buildout for the app. I am a publishing native. I handle sales, marketing and author support. The Sunsette App was developed in collaboration with Perch Design Studio in Portland, ME.

Our goal is build out the Sunsette app to serve more diverse consumers with tailored content. On the horizon, the founders are planning additional offerings in the sexual wellness category that can serve their community more widely. Additionally, Sunsette donates 10% of profits to ending sexual violence, grounding the enterprise in a philosophy of helping people who need it most. The company states it more plainly: “Feel good about feeling good.” With Sunsette, that seems like a given.

Keep tabs on Sunsette’s progress by subscribing to our newsletter or download the app, and of course, look out for more stories by Lisabet in the future!