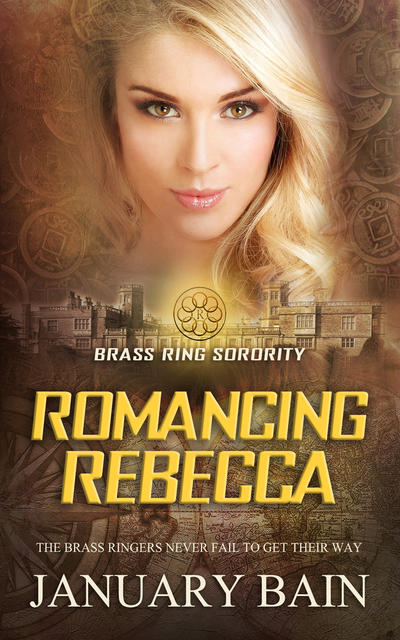 Canadian romance writer Rebecca Fairfax thinks a few months living in an English castle will allow her to test out her research theories about the castle and get new material for her writing. Oh, and she’ll be able to carry out her Brass Ring Sorority sisters’ dare to kiss a duke, too. Only, the whole experience ends up changing her life in a way she could never have seen coming…

Ash Piers isn’t interested in peerage and titles. He’s a freewheeling playboy who’s adopted a hedonistic lifestyle after a disastrous love affair. He thinks the upstart Canadian is a gold-digger of the worst kind, kissing his father, the Duke of Piers, on first greeting, then getting engaged to him a moment later! But, damn, he’s attracted to the woman who’s living in his home for the summer. How’s he, a red-blooded Englishman, supposed to keep his hands off her as propriety and family demand?

But with the castle lurching from one crisis to another, Ash and Rebecca have to work together to ensure his family make it through events that threaten to tear everyone apart. And when an ancient and deadly danger looms, both Ash and Rebecca are forced to conquer all fear—physical and emotional…

“Perhaps I should carry you?” he inquired, his plummy voice tinged with concern.

“Perhaps that would be best.”

She looked into his eyes. Oh my, what a lovely shade of melting chocolate. Then she caught sight of the thief from the corners of her eyes.

“Stop him! The thief—he’s getting away.”

“I thought the matter had not been decided yet?” He raised a sardonic eyebrow, his mouth twitching. Strange, he seemed less worried about the real thief than she did.

“Your tour guide can vouch for me. He pointed the way before I gave chase. Plus, this guy”—she pointed at the slippery culprit still moving with obvious discomfort down the tunnel, holding onto the side while hopping on his one good foot—“gave the game away by announcing what was in the package. The Fabergé egg. How could he know that if I was the one to steal it?”

Hmm, those melting pools of chocolate. Are those flecks of gold? Hard to be certain in the dim light. He paid her words homage and his expression softened. “Of course, that does make a great deal of sense. Though he still might have seen you take it.”

“Duh, of course, it does.” She slipped into defensive mode. “And I did not take it—I’m not the one trying to sneak away.”

“You can let me go,” she said with reluctance. “And nab the guy.”

“Are you certain? I don’t want you falling and suing us.”

“For goodness’ sake, I’m not going to sue your ass. Though, on second thoughts, perhaps I should consider suing you for slander.”

He pulled away from her, leaving her instantly colder and bereft of the lovely sensation of being in La-La Land. She tugged off her helmet, letting her fair hair spill out over her shoulders. She fluffed it out with one hand for added emphasis.

“You wouldn’t happen to be a duke of something or other, would you?” she asked at his recoil, praying it was so. That would even make up for slugging through water and ruining her best pair of motorcycle boots.

“No, just an earl. The Earl of Craigmere to be precise. My father’s the duke, so I don’t inherit until he’s gone, which I hope is a long way off—at least most days. He can be a real ballbreaker about my life at times, though perhaps he has reason.” He ran a hand through his hair, disheveling the arrangement and only managing to look even more fetching. “Excuse my language. Ash Piers at your service. Why did you want to know if I’m a duke?” 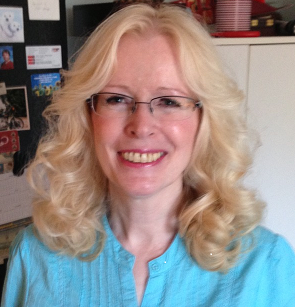 January Bain has wished on every falling star, every blown-out birthday candle, and every coin thrown in a fountain to be a storyteller. To share the tales of high adventure, mysteries, and thrillers she has dreamed of all her life. The story you now have in your hands is the compilation of a lot of things manifesting itself for this special series. Hundreds of hours spent researching the unusual and the mundane have come together to create books that features strong women who live life to the fullest, wild adventures full of twists and unforeseen turns, and hot complicated men who aren’t afraid to take risks. She can only hope her stories will capture your imagination and heart as much as they do hers.

If you are looking for January Bain, you can find her hard at work every morning without fail in her office with two furry babies trying to prove who does a better job of guarding the doorway. And, of course, she’s married to the most romantic man!

If you wish to connect in the virtual world she is easily found on Facebook, her second home. Oh, and she loves to talk books…

Any other social media -
https://www.goodreads.com/author/show/6437282.January_Bain

January Bain will be awarding a Paypal $25.00 cash payout to a randomly drawn winner via rafflecopter during the tour.

Thanks for the honor of sharing my newest book with your readers! Much appreciated! Hugs, January

Thanks for being my guest. Great excerpt, and I love the cover too. I hope your tour is hugely successful.

My family and I all appreciate you bringing to our attention the book description of another great book to read. Thanks so much!