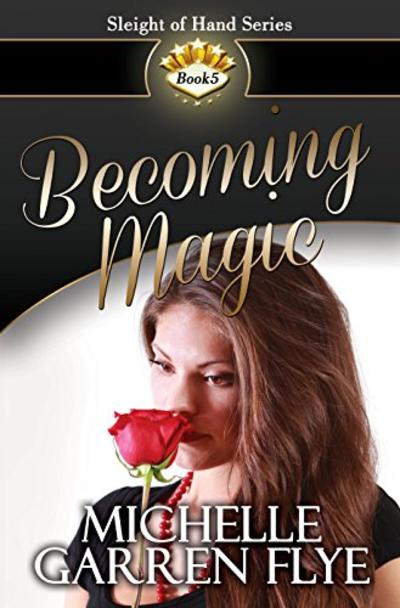 To understand my obsession with magic, I have to tell you a little story.

I was about five years old when I saw my first magic show. I remember it only vaguely, with flashes of detail. I remember we had to go downstairs into a basement, and there were small squares of carpet on a concrete floor. All the kids were supposed to choose a carpet square and the magician promised to make one of them fly!

I obediently sat down on a carpet square. I was that kind of kid. Obedient, quiet, never a rule breaker. I remember there were a lot of empty squares around. There were several near me. I don’t remember most of the show. I think he was the typical saw a lady in half, pull a rabbit out of a hat magician. I know he had a pretty assistant because she pulled the number of the magic carpet out of a jar at the end of the show. It happened to a be a tiger-striped carpet square a little ways away from me that no one was sitting on. I know it wasn’t mine, but somehow the pretty assistant decided I was close enough to the magic square to be the one to fly.

How amazing, right? How splendid that I was chosen. I took my little carpet square up, thinking somehow it wasn’t right because it wasn’t the tiger-striped one, but the pretty assistant said it didn’t matter. And she put my carpet square on top of a tall pedestal and sat me down on it and told me to close my eyes and they’d make me fly. But no peeking!

Oh, how I wanted to peek. I wanted to see myself flying. I wanted to see the looks of amazement on the audience’s faces, and all the other kids and my mother! She was there with me, wouldn’t she be surprised to see me flying? But I couldn’t. I had never not done something an adult told me to do. I had never disobeyed a direct order. I wasn’t a rule breaker. And that’s where the real magic came in, isn’t it? Looking back on that show, I wonder, how did the pretty assistant know I wasn’t going to open my eyes in the middle of the act and see the trick?

Even now, forty-some years later, I’m pretty impressed. But more than that, I am grateful because that show began an obsession with magic that I’ve enjoyed for years. I’m not the performing type, but I do love watching and trying to figure out the trick. I love researching the ways tricks are done and watching different magicians perform the same ones. It truly is all in the performance.

It stands to reason that eventually I would want to translate my love of magic into my love of writing. Why not write a series of books about magicians? Magic is romance, magic is fantasy brought to life, magic is…magic.

Carole Barnes once believed she would make her own way in Hollywood, but those days are long gone, leaving behind only a dark, slimy secret that Carole has never shared with anyone. Now she hides in the bright sunshine of the Crystal Coast of North Carolina. As far away as she can get from Hollywood. But what to do when Hollywood comes knocking in the form of a sexy movie star?

Connor Wallace has everything going for him—looks, talent, a successful career—but what he really wants is to perform magic on stage. His love of magic leads him back to his mentor Walt Bryson. At first, he’s pleased when Walt suggests his assistant Carole produce a documentary of his transformation from movie star to magician. He’s worked with Carole before—but the ambitious girl who had a crush on him is gone now, leaving a beautiful, withdrawn woman.

It’s the perfect arrangement. Carole knows she can make a success of the movie and Connor wants to work with her. But as they grow closer, Connor determines to find out her secret. Can love overcome the boundaries of fear? Or will Carole’s past return to plague them both?

Connor pulled the linking rings back out of their velvet bag and began practicing with the engagement ring on them. “I may need your help, too.”

“With the trick?” She raised her eyebrows. “I’m not sure I’m the one—”

“Nonsense. You know how it works. You just have to catch it correctly.” He tossed the ring to her. She caught it neatly, but the engagement ring went flying.

“Damn.” She cursed softly. “I thought I could do that.”

“No, you weren’t sure. You said so.” He found the engagement ring and replaced it on the linking ring. He fixed her with a stern look. “Be certain.”

“Okay.” She shrugged, but she knew what he was talking about. Every movement in magic—or any showmanship, really—had to be done with certainty. No rethinking yourself or doubts allowed. The audience should never be aware that you might not know what you’re doing. And so she banished any doubts and looked at him expectantly.

“And don’t look at me like that.” He twirled the rings in the air, absently connecting and disconnecting them. She knew how it was done, but he’d gotten so good at it, she couldn’t catch him.

He paused in the act of juggling the rings, caught them and displayed them all connected with the engagement ring dangling at the bottom. “Because you make it hard for me to be certain.”

She tilted her head, wondering what he meant… 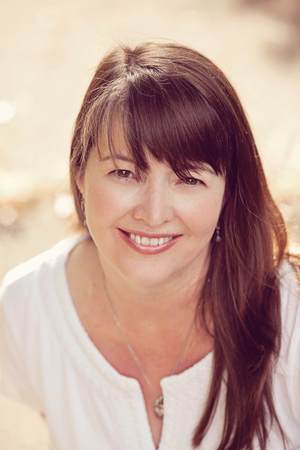 Michelle Garren Flye is an award-winning romance author of eleven novels and counting. Her short stories have been published by the romance anthology Foreign Affairs, Opium.com, SmokelongQuarterly.com and Flashquake.com, among others. She has served on the editorial staffs of Horror Library, Butcher Shop Quartet and Tattered Souls. Michelle has a Bachelor’s degree in Journalism and Mass Communication from the University of North Carolina at Chapel Hill and a Master’s degree in Library and Information Science from the University of North Carolina at Greensboro. She is the mother of three and lives in North Carolina.

Michelle Garren Flye will be awarding a $50 Amazon or Barnes and Noble GC to a randomly drawn winner via rafflecopter during the tour.

Thank you so much for letting me visit your blog. :) I'll be around if any of your readers have any questions.

I've bever read any books with magic as part of the story, I'm looking forward to reading this one.

Thanks so much for bringing to our attention another great book out there to read. I appreciate hearing about them since I have so many readers in my family.

I have always loved magic and illusion - I remember the days of watching the David Copperfield specials on TV, knowing it was a trick, but still being amazed and delighted.

the cover is pretty

There is something about childhood magic shows...

I've always been fascinated with magic as a child and still as an adult. I look forward to reading your stories. Thank you for a chance

I adore magic! I went to a magic show once and watched as the pretty assistant had her head locked in this cool box and then the magician picked it up off her shoulders and walked away!! I'm still not sure how they made that illusion work!!
This book sounds like Somethin NG I would really like to read! Thanks for posting!

Thanks for being my guest. I've always believed in magic. When I was just a kid, I had a birthstone ring that I truly believed had magic powers. When I wished on it, I could get us a snow day so we didn't have to go to school.... (kind of weird, actually, since I liked school, but kids aren't logical)

Thanks for hosting. I was intrigued by the exerpt

Thank you everyone for the comments! Yesterday got busier than I had intended, so I didn't make it back to reply to everyone. It's wonderful to see there are so many magic lovers and believers out there, though! Thank you all for reading. :)

Lisabet, I often wished for snow days! I didn't get many as I grew up (and still live) in North Carolina, though. Did your ring ever work?

Sally, I loved David Copperfield when I was a kid! It was on my bucket list to go to one of his shows. I managed it in Las Vegas a few years ago, and got to sit in the front row. It was pretty cool.

Ashley, that sounds like a really cool effect! I'm intrigued. Maybe I'll figure it out and work into a future book. :)

I really enjoyed the blurb and excerpt and can't wait to read your book.

Actually, Michelle, the ring DID work. More than once. That's how I knew it was magic...!

And I am certain there were good reasons why it didn't work on the other occasions! ;)