It seems that every day brings a new story of some horrific disaster.

Many of my friends and family in the US are reeling from the effects of recent hurricanes Florence and Michael. Meanwhile, since I live Southeast Asia, I’m getting painful daily reports on the aftermath of the devastating earthquake and tsunami that struck Sulawesi, Indonesia, two weeks ago. More than two thoussand people are confirmed dead from this dual disaster, with thousands more missing. Meanwhile, in comparison to the wealthy United States which has resources and systems in place for coping with emergency situations, Indonesia is a developing country, with Sulawesi one of its poorer regions. The tens of thousands of survivors in Palu and Donggala, the worst hit towns, have literally lost everything.

Today’s Charity Sunday is intended to provide some small amount of assistance to these victims. For every comment I receive on this post between now and next Sunday, I will donate one dollar to Unicef, the United Nations children’s organization, which has teams on the ground helping kids left orphaned, traumatized and homeless by September 28th’s double whammy. 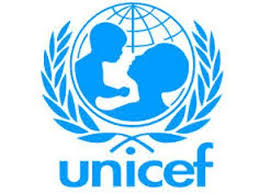 And I hope you’ll share this post with your friends, family and fans. The more comments I get, the larger my donation.

Here’s a bit from the book, to let you know what’s on offer! (The book includes two bonus stories featuring the same characters, too: On the Beach and Silver Bells.) 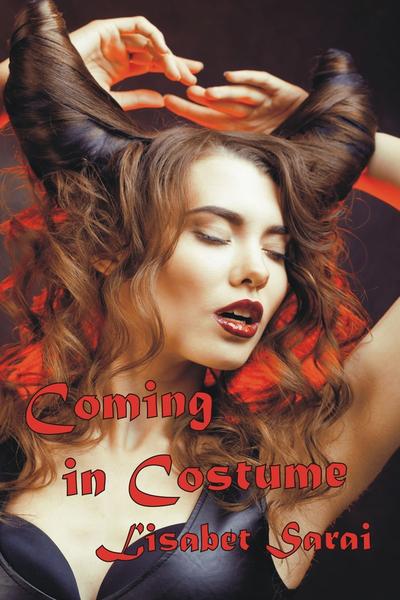 “On the desk, Miss Archer. Arms out, palms flat.”

I should have realized Greg had something up his sleeve. Normally he hates big parties. His work requires him to interact with all sorts of people, but I know he finds it stressful. To relax he prefers more—how should I put it?—intimate gatherings. So I really should have understood he had some deviant plan in mind when he told me about the Halloween masquerade.

“Samson-Sewell Advertising—you know, Bella, they’re one of our biggest accounts—anyway, they’re throwing a huge Halloween party. Pulling out all the stops, I gather, to impress their clients. They’ve actually hired the Roosevelt Rotunda at the Natural History Museum for the event. I’m surprised that’s even possible, but I guess money talks, and these days they’ve got plenty. Which is great for our firm, of course.”

“And you’re going?” I looked up from my breakfast to scan my husband’s darkly handsome face. A half-smile played on his lips.

“We’re both going. It’s next Saturday night. And they want everyone to come in costume.”

I clapped my hands in delight and his grin broadened. Greg knows how much I adore costumes and role-playing. “Oh, wonderful! Maybe we can go as a pirate and his captive! Or the sheik and the harem girl… Or how about a Roman aristocrat and his slave?”

“You want everyone to know you’re my sub? My filthy, kinky, obedient slut?” He revved the motor of the vibe strapped to my clit. I moaned and clenched my muscles, struggling against orgasm. Fortunately, he released the switch before I lost control.

“Greg—sir—please!” I gasped. “It’s Halloween. The one night we can be someone else!”

“Sounds to me like you want to show off your true self, Bella.”

“I—you know, I just like to play with those fantasies.” Rising from the table, I went to hug him, moving carefully so as not to dislodge the BenWa balls he’d slipped into my pussy before we got out of bed. “But we can wear less—um—revealing costumes if you prefer.”

He nuzzled my hair; I burrowed deeper into the warmth of his arms “I guess that might be better,” I continued, fighting to keep the disappointment out of my voice. “For your business and all.”

Please don’t just disappear without leaving a comment! Help the poor kids in Indonesia, and maybe get a sexy book in return!

Thank you!
Posted by Lisabet Sarai at 2:24 AM

Wonderful cause helping UNICEF in its efforts with this disaster. Yes I am thankful everyday to be in USA.And I have read this story great author you are.

Tweeted, FB'd, Google+. Godspeed help to those who are suffering.

What a wonderful way to help others. I've posted the link on my Facebook page. Thoughts and prayers to all who are suffering. Thank you for doing this, Lisabet!

Thanks to all who have commented so far. Marle, if I choose you as the winner, I'll give you something you haven't read.

Thank you, Lisabet, for doing good to make the world a better place.

You are so right about other countries having a much harder time recovering from disasters than the US. I donated to Unicef, and thanks for doing this.

Shared on Google and Twitter. Wonderful thing you are doing.

This is a wonderful thing to do. I am going to donate as well.

Shared on FB and Twitter. Thank you, Lisabet for helping a great cause.
Andra

Another worthy cause, Lisabet.
Thank you for all you do.
Shared <3

Wonderful thoughts - too bad our Prez can't vocalize the same amount of care for those in need. Thank you Lisabet

I'm always glad to help you with your cause...thanks for the opportunity. :-)

Hope I'm not too late...thank you so much!

Not too late! I am about to make the donation now.

And congratulations to Claire, who is the winner of my giveaway!