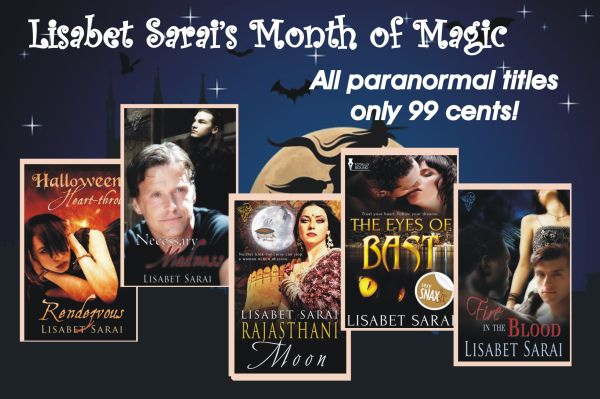 The notion of finding one’s soul mate—the one individual in the universe whom you’re destined to love—is a favorite romance trope. I can understand the appeal of this concept. It’s both reassuring and thrilling to imagine a lover perfectly attuned to your needs, your ideal complement and companion, a person who makes you whole and vice versa.

I find it hard to write stories about soul mates, though. I’m always aware that reality is much messier than romantic fantasy. Mostly I create contemporary stories where the relationships are realistically complicated. My heroines are frequently unsure about their own feelings. Sometimes they’re attracted to more than one person, in different ways. That’s one reason my back list contains so many ménage tales, I think, to save my heroines from having to choose who to love!

But paranormal romance frees me from the constraints of realism. In a world infused with magic, I can suspend disbelief about forever-after perfect matings. Magic imposes structure and symmetry on the tale. Perfect love may be kindled by enchantment, or may reflect age-old connections. Old souls, old lovers, may meet again in a new life. A quest, a struggle against evil forces, may bind two characters together for eternity.

I don’t explain why Tom and Shaina are soul mates. I don’t need to. It’s obvious that magic is involved. They are under one another’s spell, an enchantment that can’t be broken. That’s enough to allow me, and hopefully my readers, to believe that these two belong together. 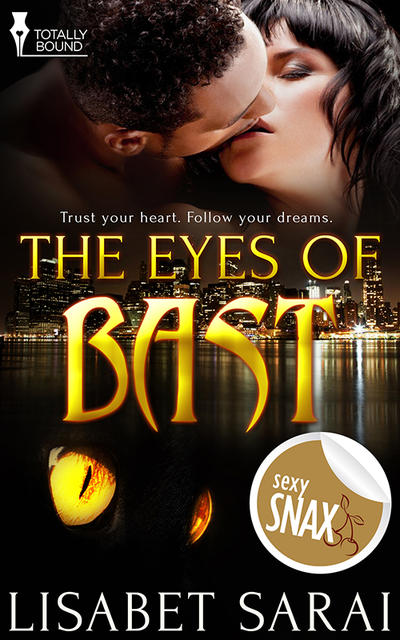 Shaina Williams' grandmother bequeathed her that wisdom, along with a old pendant from the Islands, carved from an ocelot's tooth. When instinct tells Shaina to visit the feral cat trap she'd set in Central Park, she listens to that inner voice, She discovers she's caged a magnificent black tom, but the cat inexplicably vanishes after she tends to his wounds. Seeking the errant feline, Shaina encounters instead a handsome stranger whose slightest touch sets her body on fire. As the day dawns after a night of ferocious passion, her mysterious lover is forced back into his true shape—the tomcat she'd rescued.

Born a cat, Tom was transformed into an unwilling shape shifter by a sorceress who craved a human plaything to satisfy her perverse lusts. Centuries old and irresistibly powerful, Delphine Montserrat will stop at nothing to find her runaway familiar. Shaina vows to do whatever is necessary to defeat the vicious but seductive witch and save the man she believes is her soul mate— even though it might mean losing him forever.

I found my apartment door locked. Had Tom not returned yet? The studio was dark, all the lights out and the blinds drawn as I’d left them. “Tom?” My voice was hoarse with fear. She found him. She’s caught him.

A man-shaped shadow rose from the chair near the window. “Shaina! Thank the gods you’re safe!” In an instant, he had wrapped me in his strong arms and buried his face in my hair. Peace and comfort flooded in, washing away my worry and uncertainty. This was where I belonged.

Unerring even in the darkness, his lips found mine. I opened automatically, drinking in his sweet, wild flavor. He smelled of smoke and earth, crisp nights and growing things. The tension that had sustained me through my encounter with the sorceress vanished, so that for a moment I felt limp and weak. Taking advantage of my lassitude, he drew me closer, until the rigid bulk in his trousers settled between my thighs and made me gasp. As he boldly probed my mouth, he let his hands roam over my hips to my ass. Cupping my ample flesh, he pulled me tighter still.

Fierce need swept through me like a forest fire. I threaded my fingers into his wiry curls and took over the kiss, sucking his tongue into my mouth, gnawing on his lips, devouring him. With a growl, he sank his fingernails into my butt—I could feel the bite even through my jeans—and ground his erection against me. The friction kindled sparks in my swollen clit. They shot through me, lighting up my body like fireworks.

His muscles shifted like bands of steel under his shirt, under my hands. My fingers itched to feel his nakedness. At the same time, I was unwilling to release my hold on him so that we could get undressed. Desperate with desire, clutching and writhing, we rocked against one another like boats caught in a storm.

We managed to separate long enough to tear off our clothes. Tom seized me around the waist and dragged me to the floor. He flipped me onto my stomach as though I weighed nothing then grabbed my hips to haul me up to my hands and knees. His nails dug stinging crescents into my bare ass and his coarse pubic hair scratched the back of my thighs.

“Tom…?” I peered over my shoulder at his looming figure. His roughness both thrilled and scared me. He was so much stronger than I was. I could never fight him off.

But why was I thinking about fighting? I wanted everything he had to give me.

The Eyes of Bast is only 99 cents until the end of October, as part of my Month of Magic celebration!