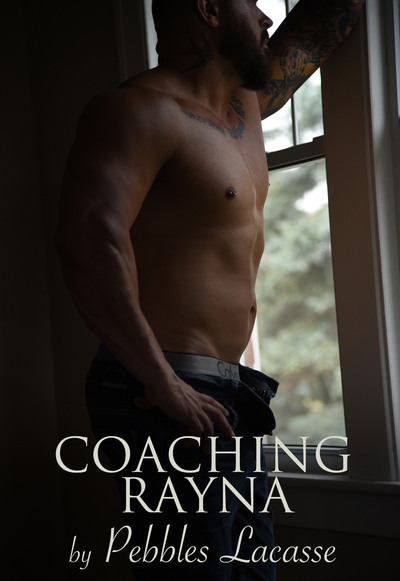 Coach is ten years her junior, a bad boy bodybuilder, too wild to be tamed. He knows she deserves more than the likes of him. She’s good and perfect. He’s sexually aggressive with unusual kinky desires. Nonetheless, she is the object of his fascination.

Rayna is a divorced mother craving to be seduced by the brawny neighbour she’s been watching and fantasizing about for three years. She’s lonely but has too much baggage to consider acting upon her infatuation with the carefree hottie next door. He’s worthy of an uninhibited, younger woman with a supreme body and a fierce sexual drive, none of which describes her.

One steamy summer afternoon has them unable to deny their sexual hunger any longer. While he’s enlightening her about his savage sexual nature, she’s teaching him that connecting on a deeper level can be more rewarding than anything he’s experienced.

It seems too easy but not everyone is thrilled these opposites connected. They will not be pushed aside, ruthlessly trying to take their revenge with a pound of flesh. Can the two survive this love story or will their connection end in disaster?

“Do you want to come over for another glass of wine?” he asks, now wearing a very serious expression with salacious eyes that seem to pierce right through me, reading my deepest, darkest thoughts. A bead of sweat trickles down the tanned skin on his huge bicep and I nearly lean in to lick it simply to quench my ravenous thirst.

My curiosity and secret desires are no longer my own kept secret. I’ve opened a can of worms here but I’m not sure I want to try to put the lid back on it quite yet. I’ve fantasized about this moment so many times. In those dreams he’s always lived up to my expectations. What if he doesn’t compare in real life? The fantasy will forever be destroyed. But, what if he does?

“Yes, I do but I shouldn’t,” I reply, hating myself for turning down his offer. Whether or not his performance measures up to my high expectations, I’m sure we could have had an entire afternoon of steamy, dirty sex, had I accepted the offer. “The kids are home and they’d eventually notice that I was gone.”

“Tell them you’re going for a walk. I won’t keep you more than an hour… unless you’d like me to, then I’ll keep you for the rest of the day.”

His hand hovers over mine, middle finger delicately caressing my middle finger. The contact feels electric, forcing a sigh from me. My eyes meet his once again and now a smirk has formed on his thin lips and his eyes seem darker, so much more dangerous and enticing than I’ve ever witnessed. I’d be a fool to deny myself this once in a lifetime opportunity.

“Okay, but I need a little time.” I haven’t done any maintenance on myself for a very long time. Sex is absent from my life, so I can’t be bothered.

My stomach tightens like a vice when he wraps his massive hand around my wrist, slowly and assertively pulling me closer to the fence. We are face to face, looking at one another, our breath brushing over each other’s faces. My whole body is shaking violently, and I can’t control it.

“Don’t take too long, okay?” he whispers, his sweet breath feels hotter than the summer breeze that caused his skin glisten so perfectly. “Just walk in the front door and come down the stairs. I’ll be waiting for you.”

He releases my wrist but watches me as I concentrate on each step I carefully take, fearing my weak legs will fail me at some point. Even when I get to the stairs, I can feel the heat from his stare as it burns into my body. I hold the railing tightly as I ascend the steps.

The moment I’m inside the house and far enough away from the door that he won’t be able to see me, I slide down the wall until my ass is planted on the cool hardwood floor. My hand is rubbing the wrist he was holding simply to make sure he isn’t still attached to me. My skin is superheated from that one touch. How will it feel if he touches my more delicate regions?

Panic sets in. Oh god, what have I done? I can’t go to his place. If I walk into that house and he touches me, I know I won’t be able to maintain my control over my primal needs. Do I want to hold back though? That’s a good question. It’s been too long since anyone has touched me. I’m not sure I’ll remember how to do everything.

BookSprout
[Five stars] Really hot, but it brings all the emotions out to play too
By Lucy Alice
I generally don't expect a lot of emotional involvement in erotica, but I have to say this book brought it all to the table. While the scenes are s.t.e.a.m.y and I had to reread some of them a few times, the story brings a really decent level of emotion with it. There's love and suspense and whodunnit and a bit of fear too, (for the well-being of the main character) and there are things that made me cringe at the mere thought but other things that were just straight up hot. As a single parent who finds dating pretty much impossible, I could really relate to the struggles of trying to start a relationship without the kids finding out or getting attached and I thought that element of the story was handled really well. I thoroughly enjoyed the characters, fell for Coach in a big way, and totally wish I had hot neighbours and a lawn that needs mowing.

[Five stars] Loved it
By JJ
This book was so good. Rayna sitting outside fantasizing about her younger next door neighbor had me feeling like I was sitting there with her enjoying the view.

Then what happens next was one of those moments I was glad I wasn't reading around other people because that was an invitation I don't think I would have turned down.

Coach is a young, attractive guy who likes his sex with a kink. Rayna being a divorced single mother don't know what she's in for.
Then you have the twist. Sure there is a lot of sex but that twist was not what I was expecting. I read this one in one sitting because I can admit I was addicted. Vivid writing, characters who demand your attention and a great ending. What more could you ask for? 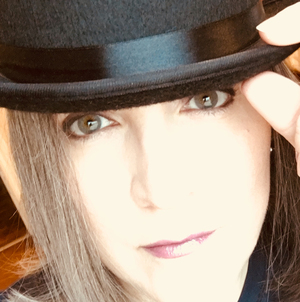 Many of my plots started out as dreams. When I wake from a one that really captures me, I write it down as quickly as possible so that I won’t forget what it was about. Needless to say, I have a lot of plots scribbled on loss sheets of paper. When I finish writing a book, I go through my notes to choose one of those scribbled notes start writing that tale.

Writing is a passion of mine. While my fingers are typing away, my mind is lost in the fantasy, playing out the characters actions as if I were watching a slow-playing movie. I always fall in love with every one of my characters, even the wicked ones, because each of them will become my close and personal friend while I’m writing their most intimate thoughts, building up their personalities and their histories, so the reader can understand what makes them tick.

I plan to create many, many more books in the future until most of my captivating dreams are recorded. Helping people to escape their everyday woes and into an imaginary existence, even if it’s only for a little while, makes the effort worthwhile to me.

Follow me, visit me, let me know what you think!

This sounds original and arousing, Pebbles! Hope it does really well.