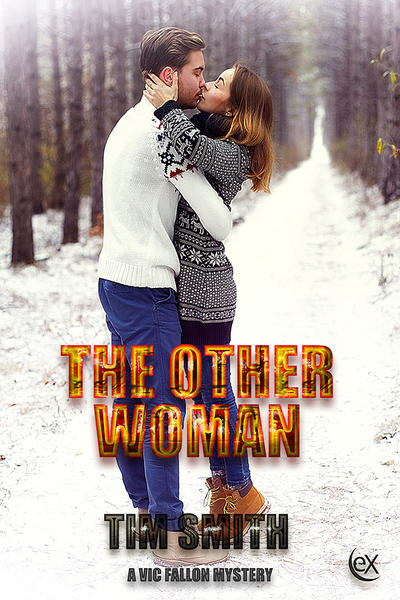 I’m pleased to announce the release of my 20th book, TheOther Woman (Vic Fallon Book Four) from Extasy Books. This is a romantic mystery featuring an old-school private eye in a contemporary setting. It has all the classic elements—action, humor, quirky characters, witty dialogue, unexpected plot twists, and steamy sex. What more could you ask for?

Former cop Vic Fallon only wanted to get home to Sandusky, Ohio in time for Christmas after completing his latest private eye assignment. A chance meeting in the Atlanta airport with a U. S. Senator from his hometown thrusts Vic into a murder investigation when the man turns up dead shortly after they speak. The unwanted case produces more questions than answers. Why did the Senator ask Vic to deliver a Christmas card for him rather than mailing it himself, and why does the recipient react with hostility when she finds out who it’s from? Why is the FBI looking at Vic up close and personal when he wasn’t involved in the killing? And why does a police detective from Atlanta show up in Sandusky, asking questions that have little to do with the murder investigation?

Vic’s life becomes more complicated when the woman he delivered the card to is arrested after an accidental shooting, and he feels a responsibility to prove her innocence. Add the strain that the case places on Vic’s current romantic relationship, and it results in the holiday from Hell. Can Vic solve the multi-pronged mystery he’s found himself in the middle of and repair the damage to his love life? Or will the other woman cause a permanent rift?

Fallon is a former police detective who lives on the Lake Erie shore in northern Ohio. He took a disability separation after being shot in the line of duty and now takes on cases when he’s intrigued, bored, or broke. The idea for this book was the result of a personal experience. Several years ago, I was flying home from the Florida Keys and had a long layover at the Atlanta airport. At one of the departure gates, I recognized the Ohio Attorney General, and we spoke for a few minutes. When I was plotting this story, I did my usual “What if Vic runs into a politician from his hometown and the man gets killed shortly after they speak?”

As with all good gumshoe stories, there’s a hot and heavy romance with a sassy, sexy femme fatale. This time, I did something different by giving my hero a steady girlfriend, rather than the one-night stands of the previous books.

Vic and Michelle reclined on the floor in front of the gas fireplace and the Christmas tree. The candle on the table filled the room with the aroma of pine, and the lights were turned off. Their lips were locked in a passionate kiss and Vic rubbed Michelle’s neck under her long mane of hair. She lightly massaged his shoulders and draped her leg over his.

She pulled back and peered into his eyes while gently stroking his cheek. “Are you sure you want me to stay over?”

“If you really want to.”

She pulled him in for a deep kiss. “I want to.” She stood but held his hand. “Be right back.”

While she disappeared into the bedroom, Vic refreshed their glasses of wine, then adjusted the volume on the stereo. He had chosen a CD of jazz piano Christmas music courtesy of Dave Brubeck, light enough for the mood without the distraction of vocals. He reclined on the floor and stared at the orange and blue flames dancing along the faux logs.

“Have you been a good little boy this year?” she teased.

She chuckled, low and husky. “Poor choice of words.”

Vic stood, pulled her close, then kissed her deeply, running his hands along her back. Michelle’s fingers raked through his hair, then she massaged the back of his neck, her tongue dueling with his. Vic’s palm slid down her back to fondle her firm ass. He murmured appreciatively when he discovered she wasn’t wearing panties. He felt his cock coming to life, pressing against his shorts. Michelle rubbed her groin against his, teasing him into full arousal.

She dropped to her knees, unzipped his pants and let his dick leap free. She grasped it and gently stroked, getting him fully erect, then planting gentle kisses on it from tip to base and back again. She took Vic into her mouth and lovingly sucked him, humming softly, taking more of him into her mouth with each bob of her head.

“You didn’t say what size, so I got you an extra-large,” Vic quipped.

The Other Woman is available in digital and print versions at Amazon and Extasy Books. Happy reading!

Love the excerpt! I hope the book does really well.