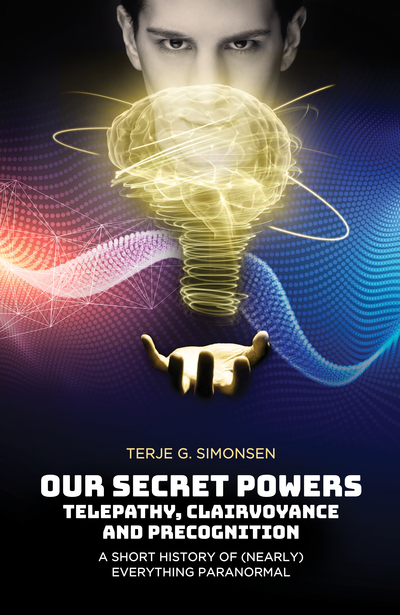 Is the paranormal normal?

Many readers will be surprised when learning that reputable scientists, among them several Nobel laureates, have claimed that telepathy is a reality. Their curiosity will increase when reading that Cleopatra’s lost palace and Richard III’s burial place were recovered by means of clairvoyance. And some will think it to be science fiction when finding out about Stargate—the espionage program where the American military and CIA engaged in the development of psychic spies!

Simonsen, a Norwegian historian of ideas, introduces an array of entertaining paranormal tales from history, archaeology, anthropology and psychology, and presents scientific research that has provided fascinating results. He argues that the stories we hear about telepathy, clairvoyance and precognition ought not to be dismissed as superstition

In step with spiritual and occult traditions, the author suggests that consciousness is not limited to our own head. Rather he thinks that all humans (and perhaps all living beings) are linked together in a “Mental Internet.’ Via this network we may exchange ‘telepathic emails’ with friends and family and make clairvoyant ‘downloads’ of information.  Thus perhaps what we usually call ‘supernatural’ is completely natural but little understood communications via this Mental Internet?

Our Secret Powers gives us a engaged and entertaining analysis of a controversial subject and would make an excellent travel companion.

"Superb survey of the paranormal... Although serious in content, it is written in a light, often humorous, style which is a delight to read. As someone who has myself made a lifelong study of the paranormal, I cannot recommend it highly enough." ~ Fantasy author, Herbie Brennan

"Simonsen describes his book as 'A travelogue from the twilight zone',but he is far too modest. Our Secret Powers is a sprawling work, meticulously researched, in which the author deftly, and with engaging wit, pulls together the various strands of "psi"--telepathy, clairvoyance, precognition,telekinesis, and healing--and presents them for our consideration." ~ Pulitzer-prize winner, Teresa Carpenter

Based on this idea, we launch a quite simple model, called the “Mental Internet.” The basic metaphor here is that somewhat in the way our computers are linked together via the Internet, the ‘consciousnesses’ of all humans, and perhaps all living beings, are linked together via some sort of Mental Internet. Consciousness, like the Internet, is—on some level—something that we are all doing together; it is networking. And telepathy is the communication that drives this network.

I therefore invite the reader to engage in a little thought experiment throughout the book: namely that an Internet Model of consciousness may have some relevance. Galileo once invited the Inquisition to look through his telescope in order to see what he himself had seen. But, as we know, the inquisitors were not very keen on having their horizons expanded and instead muttered murkily of ‘the work of the Devil.’ However, I take it for granted that the reader has a radically more open attitude than those darkened souls, and I am therefore confident that my invitation will be well received.

I find it intriguing to think that our everyday perception of Space and Time may, in some respects, be merely a mental frame, a habit. And therefore it might be possible to think outside the box in a more radical way. The proposed thought experiment about a Mental Internet allows for this, and telepathy can then be considered as the ‘emails’ sent and the ‘downloads’ made via this mental network. Many phenomena that otherwise would appear inexplicable will in light of this model fall quite nicely into place. More (much more) about this later! 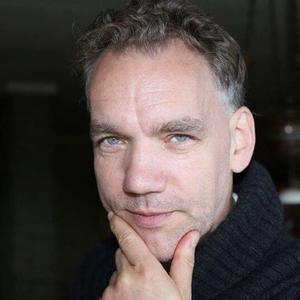 Terje G. Simonsen is an author with a Ph.D. in the History of Ideas. He has increasingly focused his attention on the esoteric and occult traditions and on paranormal phenomena, as telepathy, clairvoyance, precognition, telekinesis, healing etc. Recently he published the highly acclaimed Our Secret Powers, based on his extraordinary knowledge within this field. Elegantly and with great personal wit and insight, he discusses parapsychological phenomena such as telepathy, clairvoyance, and precognition.

Simonsen has had his work praised by several of the world’s most renowned experts on the paranormal: The bestselling parapsychologist, Dean Radin, chief scientist at the Institute of Noetic Sciences, says: ‘As an encyclopedic introduction to the psychic side of the fascinating but puzzling domain known as the paranormal, there is no better choice than Our Secret Powers.” And Stanley Krippner, expert on hypnosis, shamanism and altered states of consciousness, former leader of two departments in the American Psychological Association, says: “This is an outstanding book and it deserves all the attention it can get. Not only is Our Secret Powers a book for all seasons, it is a book for all reasons!’”.
http://www.paripublishing.com/authors/terje-gerotti-simonsen/

Terje G. Simonsen will be awarding a $25 Amazon or Barnes and Noble GC to a randomly drawn winner via rafflecopter during the tour.

Who is your favorite character from the book? Congrats on the release. Bernie Wallace BWallace1980(at)hotmail(d0t)com

Thanks for hosting, Lisabet!
I'm open to questions from readers....

Great excerpt, I enjoyed reading it.