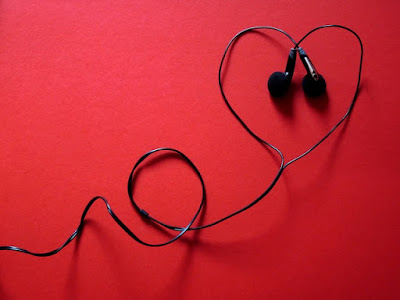 I now have five audiobooks. Later, I will regale you with a little more about them.

Two of them had a super narrator, an Englishwoman who brought Love For Sale and Morgan D’Arcy: A Vampyre Rhapsody to life. Her voice is beautiful, her accent perfect for the books. In Gambler’s Choice, I was told the recording wasn’t as clear. For Her General in Gray, a few reviewers didn’t like the narrator’s delivery. Gylded Wings—I thought the narrator’s tone wasn’t right for the book.

So, as you can see, it is a crap shoot what will turn out when you sign the contract. By and large, I am pleased with my audiobooks. I have been candid. You can listen to samples at Audible.com, and the audiobooks are free with a membership to Audible.com.

Writing for audiobooks is different, too. The dialogue must be clearly tagged as to the speaker. Sometimes, I write untagged dialogue when on the page it is easy to tell who is speaking. When you are listening, those passages of conversation might not be as easily understood as to speaker.

You ‘proofread’ the book by listening and sending corrections to the narrator, like a mispronunciation or a comment on the tone. I loved listening to my words being read aloud. I have a new release probably early next year, and it is my fervent desire that it will go to audio. Since Sinners’ Opera is the book of my heart, I hope I get a classy English narrator for the production! 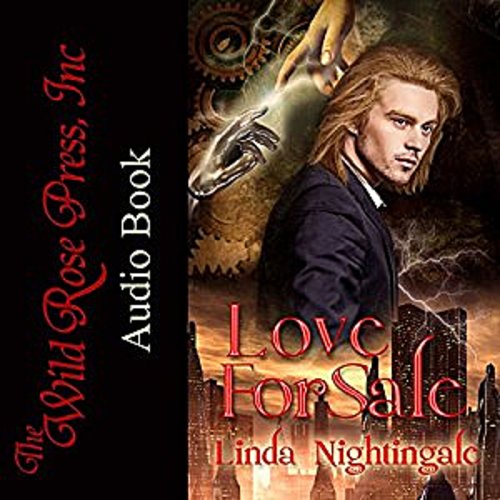 March Morgan believes in true love, but her faith in finding her soul mate is slowly fading.

She’s been married but never in love. So, it’s a miracle to find that fantasy exists on the last page of a women’s journal. Mayfair Electronics, Ltd., in a glossy black and white ad, offers Love for Sale. The London firm has engineered sentient androids indistinguishable from human. She flies to England and meets the man she has been searching for her entire life.

Christian requires no programming to love March at first sight. He’s handsome, cultured…absolutely perfect…and a little different from the other androids. He has an unexpected independent streak.

March signs on the dotted line, buying her dream man. They return to Houston, but soon her past and his future threaten their Happily Ever After—indeed their lives. 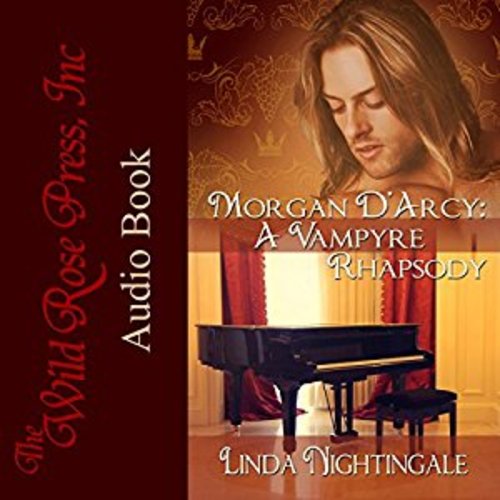 The greatest enemy of a vampire is boredom. Four centuries of existence have taught Lord Morgan Gabriel D'Arcy to fear nothing and no one. Humans and their weapons have little chance against his preternatural speed and arcane powers. Vampires are viral mutations of human DNA. Still, the Vampyre code requires secrecy, and he has learned to hide his nature from the world. The lure of mortality, of a life in the sun, puts Morgan again and again at the mercy of calculating human women though they fail to consider his charm and determination into the equation. However, even grooming a future bride from infancy proves to be fraught with heartbreak. And second chances are not always what they seem unless... you are Morgan. Immortality and beauty, aren’t they grand?


Her General in Gray 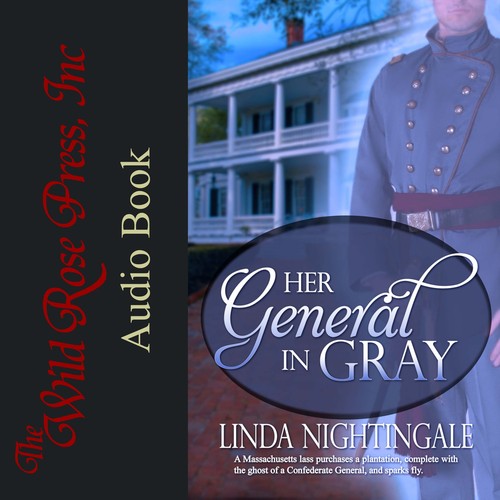 Autumn Hartley purchases Allen Hall at a steal, but the northern lass gets far more than a beautiful plantation in the South Carolina Low Country. The house comes complete with its own ghost, a handsome and charming Civil War General—for the Confederacy. The stage is set for another civil conflict.

John Sibley Allen died in battle from a wound in the back, the bullet fired by the turncoat, Beauregard Dudley. The traitor’s reincarnation is Autumn the Interloper’s first dinner guest. Sib bedevils her date and annoys her with fleeting, phantom touches, certain he can frighten her away as he did previous purchasers. As time marches on, her resident ghost becomes more appealing while her suitor, Beau, pales in comparison. Autumn finds her ability to love didn’t perish in the divorce that sent her south seeking a fresh start.

After over a century in the hereafter, Sib discovers he is falling for none other than the feisty Yankee girl, but what future could a modern woman and an old-fashioned ghost possibly hope for? 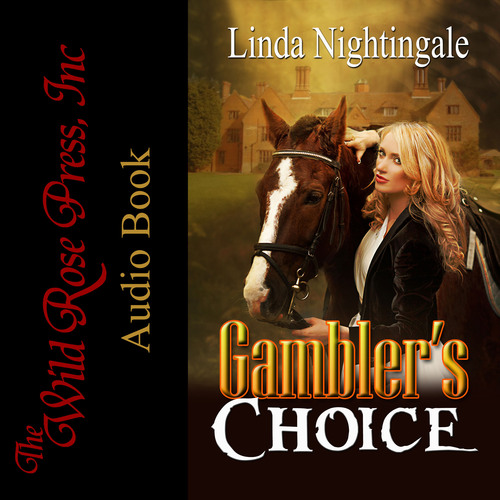 Becca McQuaid came to England to find the perfect horse but instead met a darkly mysterious challenge in Austen Heath, Baron of Hampton. She’s determined to buy Austen’s stallion Gambler’s Choice. He’s determined not to sell, but the rivals are thrown together by an accident that leaves Austen with a broken leg and the threat he’ll never ride again.

Austen Heath has the title, heritage and manor house…but not the fortune. Becca is wealthy. Her charms are irresistible, but he believes she’s shopping for a Ladyship to go with her money. He has another reason to hold the sexy blonde at arms’ length—the unexplained disappearance of an old friend everyone thinks was his lover. When her body is discovered on his property, he becomes a suspect in her murder. 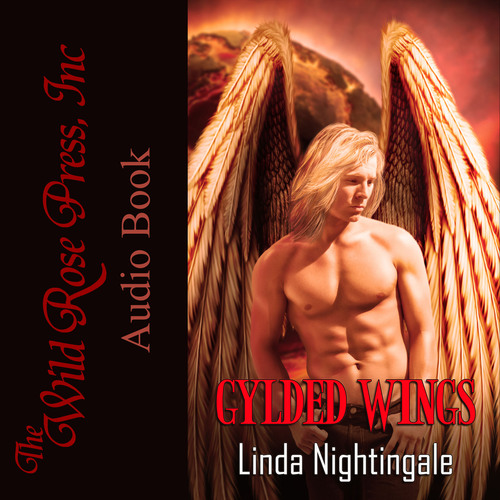 Angels in slavery? Brit Montgomery cannot believe it, until she is sent on a rescue mission to another dimension and witnesses the cruel practice first hand. The angel, Gyldan, is the most beautiful being she’s ever seen. She is drawn to him but sometimes beauty disguises wicked secrets. This man who rocks her world seems more demon than angel.

Gyldan, born into slavery, has one desire—fly free. When he escapes to Earth, he faces an alternate self-realization full of dark glory…and disbelief. Gyldan is bent on experiencing his newfound powers unmindful of the harm to Brit or others.

Confused and hurt by Gyldan’s erratic evil actions, Brit turns away. While Gyldan’s journey of self-discovery pulls him further distant, Brit finds acceptance in a solitary, comfortable life of her own until she realizes the day of reckoning has come. Will Gyldan be her final ruin or has he come back to her with a gift more precious than life itself?

All these titles are available on Audible.com. 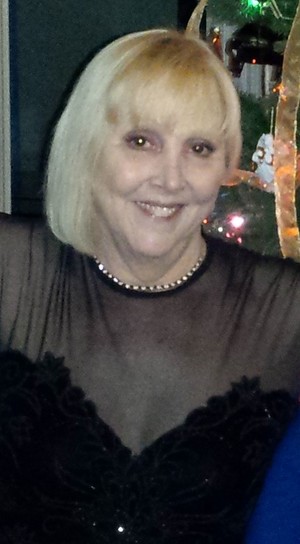 Linda has lived an interesting life—from breeding and showing horses to working for a Circuit Judge—and won some prestigious awards for her writing. Find out more about her on her website and various social media, and she’d love to hear from you.

Welcome to Beyond Romance, Linda!

I know what you mean about narrators being a crap shoot. The voice in one of my audio books seems totally wrong to me, not fitting the character or the tone at all.

Thanks for hosting me on your lovely blog, Lisabet!

I know your words sound awesome out loud!