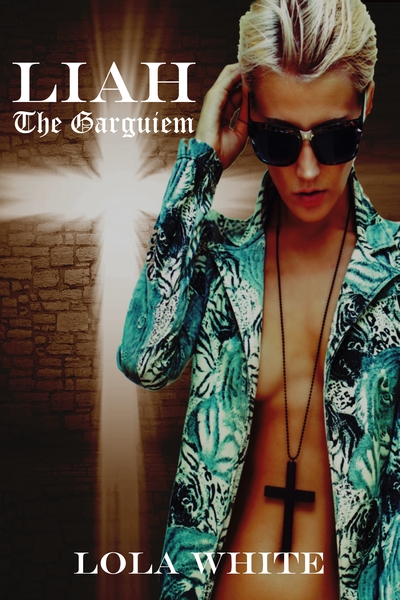 My whole life has been spent doing things on my own, my own way, because the easier, shorter route either wasn’t available, didn’t work or wasn’t even on my radar. And I’m more stubborn than people realize, so sometimes I get stuck on a particular way of doing something. Maybe I just made some bad choices in my life, though most things seemed to work out well enough. If they were bad choices, at least I learned a lot from them.

That’s how some people are though. I think I can only learn through true adversity. I can’t be told, I can’t be warned. I’ve got to get in there, get messy, make mistakes, break my heart and walk the edge of insanity before I learn whatever was needed to take me further.

I accepted this about myself long ago, but, until this month, when I found myself in the position of releasing two very different stories in three days, I hadn’t realized how much of this particular hard-headedness of mine had made it into my characters. It’s amazing what you see when you have to explain a creation, then explain another in short order.

There’s always a piece of an author in his or her characters. Just like there are pieces of their parents, best friends, spouses, children, etc. We are constantly cataloging human traits to use, even if we don’t know it. When we put ourselves into our characters, it’s usually because that’s how we would act, or what we would say, or the conclusion we would jump to…or the total opposite of all that. (Authors are contrary beasts).

I’ve put a lot of myself into my characters—especially the females. I feel that I’m strong, so they are too. I’m shy and non-confrontational, but I won’t back down from my beliefs. I can be quiet, obnoxious, argumentative, reserved… Like most people, I’m a walking contradiction, because nothing in life is cut-and-dried.

And how does this apply to my two newest stories?

Hardheadedness abounds, the easier path might be favored but it sure as hell isn’t taken, and they’re all walking the edge of insanity.

The Garguiem series is about a group of people descended from angels who were cast out of heaven for not picking a side in the war. In the middle ages, they were recruited to work for the Catholic Church. They are gargoyles, real people the statues represent, and they fight evil and corruption—except Liah, the star of the new novel, comes very close to corruption with her own actions, as well as the investigation Father Tony ropes her into.

Liah is an empath, desperately trying to shut off her own emotions because she can hardly deal with everything she feels. She’s also determined to save the world, or, in this case, women who might be abused at the hands of corrupt priests. Except, there is no evidence that suggests any women are being misused.

But Father Tony is stubborn too, and he keeps dragging Liah back into the case. He’s a priest with secrets, an abomination Liah’s people can’t tolerate…but she never does anything the easy way. The faster route, sure, and that’s why she’s always in trouble, but, for Liah, her hard-headedness makes her a target and when hers is combined with Tony’s, she’s put into a situation her enemies can exploit.

And it’s a romance. Who doesn’t love a tragic, complicated romance?

The Tithe Collector is about a group of people, but with a focus on Zahra, the tithe collector who makes the very idea of a Special Collections team possible. Magic comes at a price, and everyone pays eventually—either in death or taxes. Well, the tax man cometh, in the form of a petite genie who is so addicted to human magic that her punishment will definitely make her insane.

Though she’s not as assertive as Liah, Zahra’s stubborn, too. She’s been forced onto the team, along with an adulterous vampire, a murderous fairy and a returned human Army vet suffering from PTSD. The king of gods has some plan up his sleeve, and Zahra’s got to walk his path in order to save her sister from the Djinn King. But she’s still trying to make things work with the man who got her addicted to magic in the first place, as well as trying to fit in with her new team, keep her secrets and get clean. The other three have their own issues. 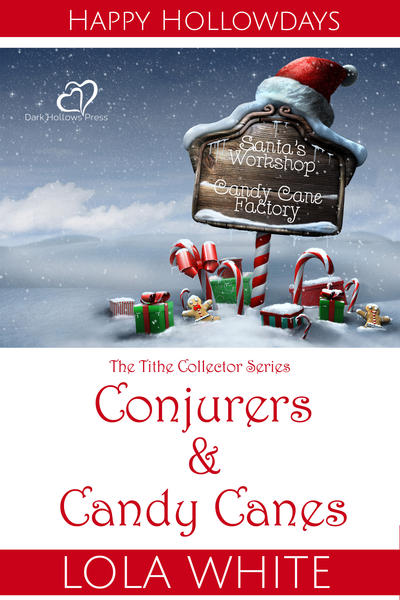 In Conjurers & Candy Canes, the Christmas short I just released in the Tithe Collector series, Santa’s been kidnapped. The team is called in to investigate, and each of the four characters we follow show their tenacity in some way. The story is too short to go into how each walks the edge, but Santeria & Sorcery is free on Kindle Unlimited for any who are interested in checking out the series from the start.

Liah and Zahra surprised me with how similar they are, for all that they’re different. Different species, stories and reactions to life. Different personalities. Liah is a warrior and Zahra is a neglected pawn. They’re both addicts clawing their way toward sobriety, they’re both stubborn and determined, generous and willing to do what it takes to make a difference. Wholly imperfect, infuriating at times, but inspiring some protectiveness in others—when they’re not forgotten, which is another trait these two share. Both have been hurt deeply, but still hold hope in their heart. They are strong in their unique ways. They are facets of me.

And, just like me, these characters do everything the hard way. They can’t love easy, they can hardly get themselves together to function normally, and they can’t learn from other people’s mistakes. No, they’re messy and complicated, dangerous and destructive…but everything they do, they do with their whole hearts. Though it might be misplaced, they’re filled with faith, which they use to either walk the path before them or make their own way, because they’re both fighters. In fact, all the Garguiem and all the Special Collections team members are fighters in their own ways.

Two vibrant characters, two complex stories. So different, but so similar, and that’s somehow wonderful. Like life, a story wouldn’t be any fun if it was too easy.

Conjurers & Candy Canes is available at

An extensive traveler who loves to incorporate various legends from around the world into her tales, author Lola White likes to twist reality at its edges in her stories. She likes delving into the emotions of her characters, finding their strengths and weaknesses, and seeing how they get themselves out of whatever trouble has found them—if they can.

Posted by Lisabet Sarai at 5:06 AM

Welcome back to Beyond Romance. I hope both new books do really well.

I always like a bit of stubbornness in my heroines. Probably for the same reasons you do!

Thank you for having me back, Lisabet! Ah, and stubbornness is a fantastic quality for heroines...but not so stubborn they can't see where they've gone wrong, eventually. It just makes for a better story than one who meekly goes along...unless of course the meek get pricklier as the story goes. That's not a bad idea, actually... Thank you :)