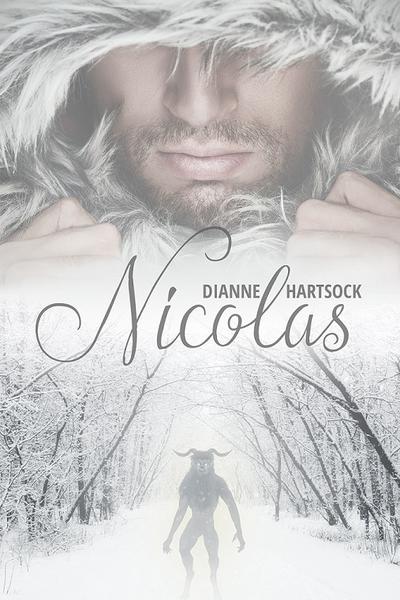 Betrayed by a lover, Jamie rents an isolated cabin on Lake Huron, wanting only to be left alone. Instead, he is pulled from his solitary existence as an artist and tumbles headlong into the legend of Saint Nicolas.

As a young man, Nicolas accidentally killed a man intent on murdering three children, only to have the man’s malicious spirit rise up against him. Fleeing through the centuries from the Krampus, the evil troll-like creature that dogs his steps, Nico finds refuge with the young artist who takes him into his home and bed. But Jamie has questions. Who is Nicolas, and why does the Krampus want to destroy him?

When the Krampus begins to torment and torture anyone Nico comes in contact with to punish him, Jamie’s life is put in danger. And Jamie isn’t sure whether he can help Nico defeat his nemesis or if he’s merely a pawn in the Krampus’s game.

Steam rose up around him and he closed his eyes, wanting Jamie in the shower with him, his virile young body writhing against him as Nico’s fingers explored his skin. Those full lips would be soft, pliant as Nico took the kisses he craved.

He jumped when the bathroom door swung open.

“Are you—?” Jamie’s eyes grew enormous as they gazed at each other, and Nico’s heart leaped at the passion that ignited his face. Without a thought he twisted the water off and stepped out of the shower. It thrilled him to the core when Jamie didn’t step back, held his ground, though Nico walked right up to him. Jamie’s gaze raked him head to toe.

“May I have a towel?” he asked softly, loving the confusion that swept Jamie’s face. A soft blush followed, and Jamie turned to a cabinet and handed him one. Jamie watched him, looking uncertain, and Nico paused in drying his dark hair. “Undress, tesoro mio.”

Jamie caught his breath and Nico leaned closer to whisper in his ear, “We can’t make love through your clothing, my treasure.”

Inexplicable panic flashed in Jamie’s eyes and his gaze shot to the overhead light. He looked ready to run, but then his lovely mouth firmed, and he nodded. Nico didn’t understand the sadness behind his shy smile, when Jamie lifted his sweater over his head. His pants followed in one swift motion.

The young man was exquisite! Lean and graceful. Jamie’s pale nipples jutted in a hint of breasts, hips curving to a rounded ass. Jamie’s chest heaved as he fought some strong emotion, arms crossing as if to protect himself. What was wrong? Had Nico frightened him?

“Jamie?” No answer; Nico was desperate to understand him. He felt sure Jamie would forgive the intrusion and concentrated, touching Jamie’s downcast face. Images from Jamie's past flashed in his mind as he read his thoughts: years of torment in the boys’ locker room after gym class, for his soft body. The ridicule of lovers for his gentle heart and effeminate ways. Good Christ! How had they not seen what a jewel he was, missed the passion underlying his shy advances? He pulled Jamie’s resisting body into his arms.

“Angelo mio,” he murmured, nuzzling his neck. His hands trailed down Jamie’s back and undid the ribbon tying his long braid. Silken tendrils curled around Nico’s fingers and he bunched them in his hands, tilting Jamie’s face upwards. Fear and arousal warred in the blue eyes. He planted kisses along his jawline, nibbled at his perfect lips. “You’re more lovely than I could have imagined, my angel,” he said and pressed their lips together.

He tugged the red hair. “Open for me, Jamie,” he said and swallowed the young man’s gasp as Nico slid his tongue between his parting lips. Sugar and warmth jolted his heart, sending his pulse hammering. He moved his head and deepened the kiss, needing more of Jamie’s sweet taste. 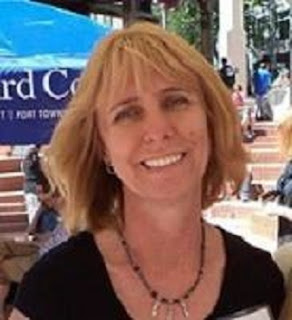 Dianne grew up in one of the older homes in the middle of Los Angeles, a place of hardwood floors and secret closets and back staircases. A house where ghosts lurk in the basement and the faces in the paintings watch you walk up the front stairs. Rooms where you keep the closet doors closed tight at night. It’s where her love of the mysterious and wonderful came from. Dianne is the author of paranormal/suspense, fantasy adventure, m/m romance, and anything else that comes to mind.

She now lives in the beautiful Willamette Valley of Oregon with her incredibly patient husband, who puts up with the endless hours she spends hunched over the keyboard letting her characters play. Dianne says Oregon’s raindrops are the perfect setting in which to write. There’s something about being cooped up in the house with a fire crackling on the hearth and a cup of hot coffee in her hands, which kindles her imagination.

Currently, Dianne works as a floral designer in a locally-owned gift shop. Which is the perfect job for her. When not writing, she can express herself through the rich colors and textures of flowers and foliage.

Use the Rafflecopter below to enter Dianne's giveaway!

Congrats on the tour, I enjoyed the excerpt, and thanks for the chance to win :)

Welcome to Beyond Romance, Dianne.

You've really captured the heat in this excerpt.

Thanks for having me as your guest today Beyond Romance!

Thanks for stopping in Lisa Brown! Glad you're enjoying the tour.

Thanks for the post and contest! Nicolas sounds good - great cover, too.

Enjoyed the excerpt, sounds like a great book, Have a wonderful holiday season!

Thanks so much for stopping in Jen! Yep, still loving that cover too. :)

Hi Kai! I enjoyed researching for this story. :)

Thanks for dropping in Eve! Happy Holidays. :)

What is the best book that you have read recently? Thanks for the giveaway. I hope that I win. Bernie W BWallace1980(at)hotmail(d0t)com

Thanks Mary Preston. So do I! :D

Hi Joseph! Thanks for coming by. :)

Thank you for the post. I've had this on my wishlist since it's cover reveal.

Thank you for the great excerpt. I am intrigued by the murderer, saving children by accidentally killing him, and where St. Nick plays in all of this. It's definitely on my to be read list.

Thank you for the wonderful contest.
orelukjp0 at Gmail dot com

Thank you for the great excerpt. I am intrigued by the murderer, saving children by accidentally killing him, and where St. Nick plays in all of this. It's definitely on my to be read list.

Thank you for the wonderful contest.
orelukjp0 at Gmail dot com

Hi Kim! I love the cover too!

H.B. thanks for stopping in. Hope you get to read Nicolas one day. :)

Orelukp0, so glad you like the excerpt and storyline! It was so fun researching for this story.

Thanks Victoria! Glad you liked it. :)

I love the cover and the excerpt.