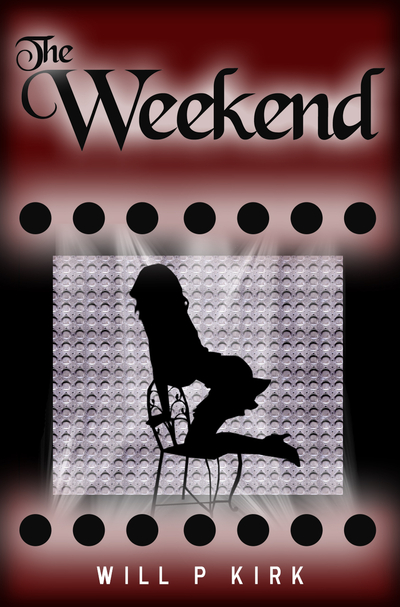 As corny as it may sound the idea for the story camefrom having a long-term friend from America, so in that sense its more reality than fantasy. However the rest of the story is pure fantasy. In reality I am not into the whole taking control and prefer to go along to get along, as they say, but I have to admit I do enjoy writing the dominant scene. I thought that it would be an interesting and I think somewhat novel idea to write the story from start to finish following both people’s perceptions, in two separate stories, giving an insight into what the dominant and submissive would be feeling in each scenario. The stories in the book can be read individually, or together. Each one is a whole story in its own right.

So, what is the book about? Well, the blurb sums it up fairly well:

Things never seemed to work out for long-time friends, David and Jess. For one thing, he lived in London, while she resided an ocean away, in Ohio. It seemed as though one or the other was always involved with someone else; the timing was always wrong and the distance just too great. That is, until Jess confides in David and tells him of a dream she had recently. This dream left her with a lingering curiosity of what it would be like to be sexually submissive.

This book has been an idea that has been floating around in my mind for quite some time, but to get up the nerve to actually start to write it, well I knew that I wasn’t going to be just writing it to do nothing with it, so I knew from the start that it was going to be sold.

Being a dom is hard, I’ve discovered. I hadn’t considered the pressure that would come with being in a fully authoritative role. She was genuinely looking to me for every decision and rule and she tried to bend them just to the breaking point. She tested me and my willingness to see the role through. She had made a passing complaint to me before that men are weak when it comes to female affection. That women are ultimately in control of the level of pleasure in a relationship and men are naturally submissive to the female’s desires.

I think she was trying to prove that point this weekend with disobedience, thinking I would be the one to cave first out of desperation to have her. She rebelled against my role as dominant because she didn’t think me capable of doling out a punishment severe enough for her to actually submit to me and my whims. She seemed to think, regardless of the roles we took on, she was ultimately the one in control. She wasn’t completely wrong. I would never cross a line that she put in place and if she told me to stop I would without a second thought. So in that aspect she was the one in control, her consent was required for me to set the stage.

But she was wrong about my willingness to cave to her disobedience. To postpone the short-term pleasure that I would undoubtedly receive by submitting my control to her, ignoring my own wants and desires for immediate gratification, by keeping myself in control of the weekend and in the dominant role was something I was perfectly capable of. Even if it meant we went the whole weekend without fucking. Without her consent, I wouldn’t advance to that stage, but she needed my consent as well. I wanted her to go home satisfied. But, more than that, I wanted to prove her wrong.

Well that is about all I have to say really about The Weekend except that I would love for you to buy it and enjoy reading it as much as I enjoyed writing it. Follow me on twitter @willpkirk for updates on my new book, some competitions and I will give any aspiring authors any helpful advice I can.

You can buy the book at www.tinyurl.com/willpkirk.

Thank you for taking time to read my blog post!
Posted by Lisabet Sarai at 3:00 AM