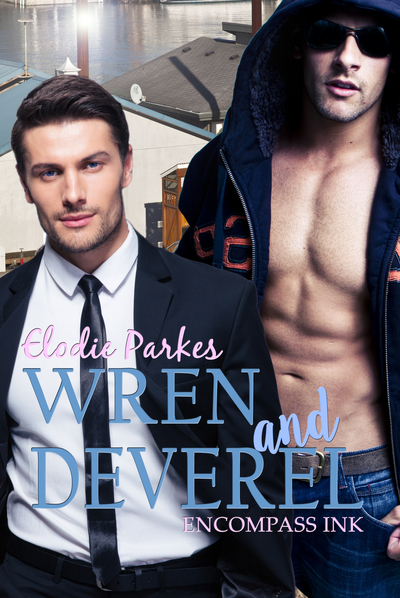 When Lucian starts a private investigation service, and Beau joins him in the fledgling agency, little do they know what a delicious, close encounter on their first case will lead to.

This case is bizarre. Is there a hidden reason the client has chosen their newly formed agency for such an important job?

As Beau and Lucian dive headlong into the mystery, their relationship deepens, and their friendship changes forever.

Beau’s heart filled with hope as he gazed at his friend’s handsome face. “You know what I wish, Lucian? I wish this business became so successful for us that I could stop working for my dad.” He didn’t add how great it would be to spend more time with Lucian, to be alongside him as a partner.

Lucian gazed at Beau with eyes full of an emotion Beau daren’t identify. Lucian’s pupils widened and his eyes misted. Beau’s heart pounded. He flicked his gaze to Lucian’s mouth. Desperation to kiss Lucian flooded him. As usual when this happened to Beau, he pushed the desire away to the far reaches of his mind into a compartment labeled, ‘do not act upon.’ Beau looked into Lucian’s blue eyes as he fought to stop the impulse that rose through him.

He broke their locked gaze. “Hey, I do have time to grab a coffee, if there’s a café close. I bet you’ve not had lunch.”

Lucian moved away from Beau as he answered. “There’s a funny little diner at the end of the block. Are you sure you have the time?”

Beau closed the window. “I have time. I’m guessing no one will scale the walls, but all the same I’ll close this.” He let Lucian lead him down to the street door and watched him lock up. “Email me the website address later. I’m dying to see it. This is so exciting, huh, Lucian?”

He walked beside Lucian with his hands safely tucked into his leather jacket pockets so that he didn’t accidentally catch hold of Lucian’s hand as they walked.

Buy the book or use Kindle Unlimited on Amazon

Thank you so much for hosting me Lisabet :-)