Sneak Peek: At the Heart of the Stone by Roxanne D. Howard (#fantasy #eroticromance #giveaway @RoxanneDHoward) 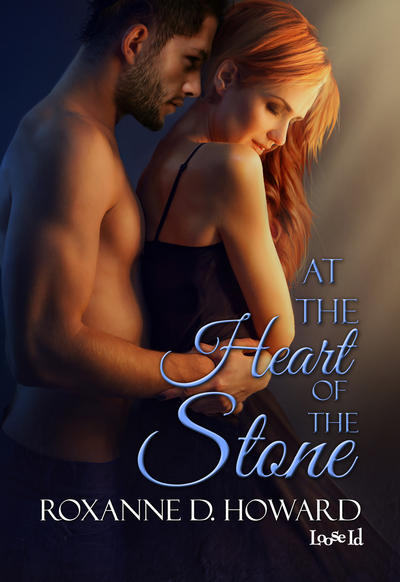 Dreams are the perfect shelter for our fantasies, safe havens to step inside without changing our daily lives. For Lark Braithwaite, all that is about to change. During the last six months, Lark has dreamt of a mysterious Irish lover who knows what she wants and gives her exactly what she needs. In her waking life in busy London, things aren’t as ideal, as her long-term relationship with Charles, her controlling fiancé, has hit a dry spell.

When Lark is called home to Oregon for her father’s funeral right in the middle of a high-stakes corporate merger, she heads back to face the demons from her past. What she doesn’t expect is to meet her dream lover in the flesh. Niall O’Hagan steps straight out of her fantasies and right into her life, and the powerful connection they share rocks her foundation. Although she's dealing with the bitterness of being betrayed by Charles and his jealousy, Niall soon stirs Lark’s awareness of the superficiality of her existence and reawakens not only her sexuality, but her soul.

She bit her lower lip, trying to get on solid ground, but from the hunger on his face, she shouldn’t have done that. The imprint of last night’s dream was still fresh in her mind, and she went for a bitchier approach, hoping to deter him. “Oh, please, Niall. My dad was more of a do-as-I-say-not-as-I-do type of parent. So right now, I need these more than I need to be lectured, thank you very much.”

He shrugged a shoulder, and a wayward dark curl fell over his left eyebrow. “Fair enough. Could I make an observation, though?”

Lark put the cigarette between two fingers and played with the lighter in her other hand, prepared to take it outside. “Could I stop you?”

The corners of Niall’s mouth twitched. He glanced down, and she moved in for the kill.

“What? Oh, I’m sorry, are you intimidated by strong women?”

His gaze shot back up and fixed on hers. “Oh, no. On the contrary; I find it alluring. I find you, in particular, extremely alluring, though it’s unethical.”

Panic shot through her. What in tarnation was she doing? She should tell him she was with Charles, discourage him. But the way his eyes caught the hallway light, turning them a deep viridian, reminded her of their tryst in the cottage. She said nothing, but her nipples peaked and pressed against her shirt like hard pebbles. He glanced down at them and moved toward her until she found herself pushed up against the wall, trapped. She wasn’t an expert at reading people or anything, but I want you might as well have been written on his forehead in permanent marker. He dropped his law books on the floor without preamble and cupped her face in his hands, leaning forward to kiss her, with no uncertainty this time.

Stunned, she dropped her smoking items as his mouth claimed hers. She let out an involuntary whimper as he touched his tongue to hers, and it appeared to be all the encouragement he needed. With a groan, he fisted the lower back of her shirt and tugged her toward him as his other hand sought the side of her neck.

Roxanne D. Howard is a romance novelist who resides in the mid-western United States. Her first award-winning novel, At the Heart of the Stone, was published in February 2016 with Loose Id. Her other titles include Chicks Dig the Accent, and the recently released three-part Costa Mesa Series. Roxanne is a U.S. Army veteran, and has a bachelor's degree in Psychology and English. She loves to read poetry, classical literature, and Stephen King. She is also an avid Star Wars fan, musical theater nut, and loves everything related to marine biology. She is the proud mother of two beautiful girls, several pets, and loves to spend time with her husband and children when she's not writing. Roxanne loves to hear from her readers, and she can be contacted at author [at] roxannedhoward [dot] com. To find out more, please visit her website at roxannedhoward.com. 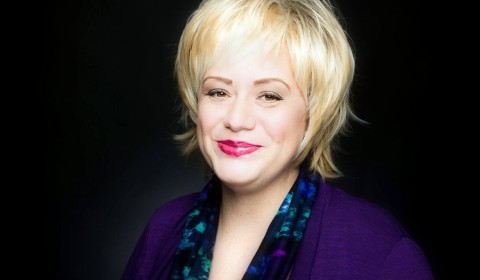 Roxanne will be awarding a $25 Amazon or B/N GC to a randomly drawn winner via Rafflecopter during the tour.

Welcome to Beyond Romance, Roxanne.

I like the sound of this story. That Irish accent gets to me everytime.

Hi Lisabet and Sheila, thank you so much! Sheila, if you're into Irish accents, you'll LOVE Niall. The novel is actually on sale at All Romance today for only $5.99! It is a full length novel. I'd love to know what you thought after reading it. :) I also have a mailing list for my readers where I send out swag and a letter every 2-3 months (bookmarks, pens, magnets, etc.). There's a sign up form on my website at www.roxannedhoward.com.

Hi there, everyone else! Lisabet, thank you for having me on your blog! I'll be available for the next 24 hours to answer any questions. I love to hear from readers. Did you know At the Heart of the Stone won the Coffee Time Romance Reviewer's Award?

My newest release, Book 3 in the Costa Mesa Series, Overboard, is out on Tuesday December 27th. It's New Year's Eve themed! Check it out. ;)

I love this kind of story. Thanks for introducing me to a new author.

Hi Jen,
Don't be a stranger! I love to hear from readers. I do have a mailing list where I send out freebies (yes, really) and Swag every 2-3 months as well as quarterly emails with fun excerpts and giveaways. Please feel free to sign up at www.roxannedhoward.com. :)