Hello! My name is Abbey MacMunn and I write fantasy/paranormal romance. I’m a new author and I’d like to talk about my journey to publication. I hope my story will inspire other writers too.

It's the stuff dreams are made of, well, my dreams anyway.

I’d done Twitter pitch parties before, including #PitMad, so I had a few pitches ready, but I wasn’t sure whether to pitch or not—after all, this pitch party focused on science fiction and fantasy novels and I had a paranormal/fantasy romance. So I read the guidelines and yes, my book did fit into one of the categories. I also looked to see which industry professionals were taking part and noticed a couple of publishers and agents I wanted to submit to.

So I went for it. I tweeted my pitch and waited to see if someone favourited/liked my pitch. Going on my past experiences, I knew it didn’t always happen, but I enjoy taking part. If nothing else, I’ll know if my pitch is good or not, and I love reading all the other pitches too, seeing which ones get a favourite and why, then learning from them.

You can probably guess I got a favourite. WHOOHOO! But hold on, I had to do my research, make sure the person who liked my pitch was someone I’d be happy to send my manuscript to. Another whoohoo! The favourite came from an editor at Tirgearr Publishing, a publisher on my submission list.

After a sleepless night, I sent my manuscript and waited. And waited.

Anyone who has submitted a manuscript will know the agony of waiting, the obsessive checking of emails when you’ve finally plucked up the courage to send your baby out into the big bad world.

So while I was waiting, I sent out more submissions. Christmas came and went. So did January.

I got back a few standard ‘no thanks’ replies to my submissions, but I was also getting a number of what I call positive rejections. Rejections that were encouraging rather than disappointing. And I’d had a ‘nearly but not quite’ rejection last year for another submission, a sci fi romance. The editor there had been kind enough to write a long, insightful email explaining the reasons why she rejected it, so I’m rewriting that one based on her advice.

But back to my journey to publication. I got impatient. Three months went by and I’d heard nothing from several publishers and agents, so one Friday afternoon, February 12th to be precise, on the spur of the moment I decided to send a gentle nudge.

Within twenty minutes I got a reply from Tirgearr Publishing. ‘Yes, I’d like to contract the manuscript.’

I couldn’t believe it. I questioned it. It can’t be true. They’ve sent the email to the wrong person, surely? My stomach churned, my hands shook, I started to laugh.

Real life took over. It was time for the school run. I couldn’t wipe the ridiculous smile off my face as I picked up my kids. ‘Yes, I’d like to contract the manuscript.’ Those seven words kept repeating in my head. I must have looked like a mad woman, but I didn’t care. I returned home to find another email—with the contract attached.

So that’s how I got my publishing contract. My advice to aspiring writers out there? Give it go. Take part in Twitter pitch parties, you never know where it might lead. The next #SFFpit takes part on 23rd June 2016 and there are plenty more throughout the year. 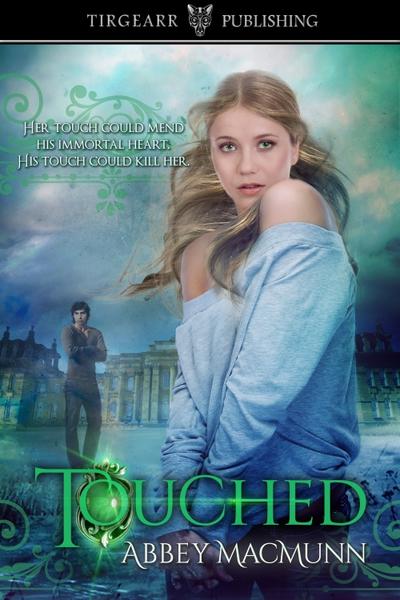 
When inquisitive antique dealer Cami Wilson learns she’s the revered offspring of an immortal mother and a mortal father, it’s not just her hybrid status that has her all flustered. The title comes with her very own super-sexy guardian.

Jaded immortal Joseph Carlisle has only one thing on his mind; his sworn duty to protect the hybrid from those who wish her harm. Anything else would be complicated. That is until they meet.

Chemistry sizzles between them but there’s a problem—the hybrid’s curse. Cami’s touch, skin to skin, proves near fatal to her and all immortals, Joseph included.

But the fated lovers discover her curse is the least of their concerns when a friend’s deadly betrayal threatens to tear them apart forever. 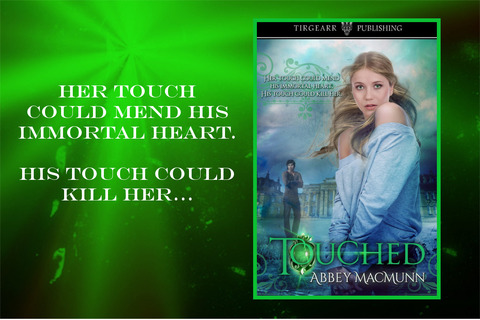 He might have just saved her life, but pinned to the freezing concrete by some wannabe hero was not her idea of fun. Cami Wilson shoved the unyielding wall of his chest, fighting not only him but the rising panic. ‘Get the hell off me!’

The guy remained on top of her, using his large frame to protect her from the chunks of smouldering metal hurtling to the ground around her. Icy air met with fiery heat and smoke infused the atmosphere like the fifth of November, but there were no sparkling fireworks to admire, only the flaming inferno, which seconds earlier had been her car.

Maybe if she hadn’t been so intrigued by the antique brooch she held in her hand or distracted by the weird, periodic buzzing emitting from it, she might have seen him coming at her in full, rugby tackle mode.

He lifted a little, easing the crushing pressure on her ribs, but remained inches from her face. Glacier-blue eyes met hers, captivating and intense. ‘Are you hurt?’

His gravelly voice did something tingly to her insides. She went to speak, but no words came. Nothing came to mind. Not the explosion. Not the contents of her shopping trolley strewn all over Morrisons’ car park. Not the fact she could have been killed. Somehow, none of it registered.

She gawped back at him like a doe-eyed teenager, taking in the angular sweep of a jawline peppered with dark stubble, and well-defined lips that parted invitingly as he drew in his breath.

His gaze lingered on her mouth in a breath-taking moment right out of one of those soppy rom-coms she liked to watch.

Somewhere to her left, an engine revved loudly, and he turned his head towards the sound. Overlong, tousled hair tickled her cheek, and she got a faint whiff of citrus shampoo.

A second later, his attention returned to her. His grave expression burned with an urgency that brought her down from the clouds. ‘Dammit! I asked if you were hurt.’

In a move so swift it wasn’t humanly possible, he leapt to his feet and hauled her up beside him. The brooch slipped from her gloved hand and landed on the ground.

The man cursed under his breath and stooped to retrieve it. With an exasperated look, he waved it in front of her as though she were a baby dropping her dummy for the hundredth time. ‘You need to take more care of this. Don’t you know how important it is?’

Sudden indignation flared. Cami snatched the jewel from his grasp and slipped it back into her coat pocket. Okay, the guy rocked the sexy, just-rolled-out-of-bed look, but his patronising attitude set her teeth on edge. What right did he have to tell her what to do? And what on Earth did he know about a weird, vibrating brooch she’d been given by her adoptive mother, the only clue she had to her past?

Abbey MacMunn writes paranormal, fantasy and sci fi romance. She lives in Hampshire, UK, with her husband and their four children. She is a proud member of the Romantic Novelists’ Association.

When she’s not writing, she likes to watch films and TV shows – anything from rom-coms to superheroes to science fiction movies. 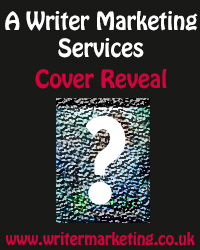 Wishing you great sales for Touched. I adore the cover.

Hi Lisabet,
Thanks for hosting me on your blog today, it's lovely to be here.
Abbey

What an inspiring read. I can just picture that broad smile when you opened the email Abby. Based on your recommendation, I may just give the pitch party a go!

Hello Simon,
Thank you. Wishing you the best of luck with your pitch!