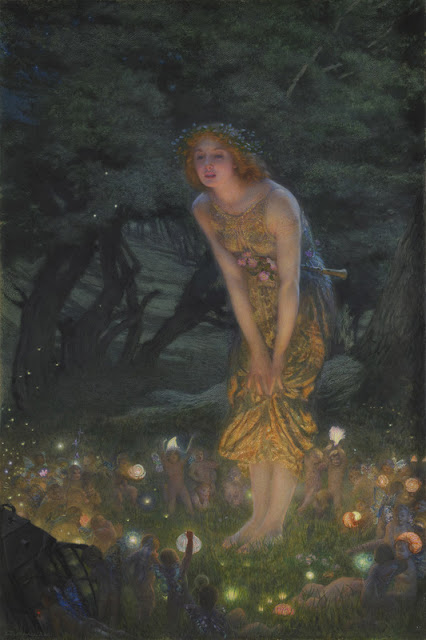 My snog today comes from my Elizabethan romp, Shortest Night. Seemed appropriate, given that MidSummer’s Eve is coming soon. This story was inspired by Shakespeare’s comedies, with men dressed as women, women dressed as men, and a delightful comedy of errors. In fact, old Will himself has a cameo role.

The year is 1595 in the reign of Good Queen Bess. Stage-struck, young Ben Hastings leaves his father's farm for London, to join Will Shakepeare's band of players. Hugh Templeton, the handsome leading man, takes the the innocent lad under his wing, but Ben soon discovers that Hugh wants more than just friendship. Meanwhile a savvy tavern maid named Jenny engineers a comedy of errors to save Ben from Hugh's lewd embrace and win him for her own.


When you’re done with my snog, head over to Victoria’s for more sexy kisses!

Oh, and since nobody claimed my prize from two weeks ago, I’ll renew the offer this week. Leave me a comment with your email address. I’ll draw one winner who’ll win his or her choice of three historical romance novellas: Shortest Night, Monsoon Fever, or Challenge to Him. 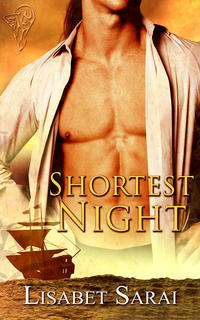 There was a rustle in the bushes. At last! Hugh sat up and loosed his cock from his breeches. The rigid flesh swayed back and forth, a one-eyed snake aiming to hypnotise its prey.

“Merde!” Hugh rose, alarmed. It was a woman’s voice, not Ben’s sweet feminine tones but a real woman. She stumbled into the clearing, her high-heeled slippers clearly inappropriate for the terrain. Hugh shrank back into the shadows of a huge oak, watching the intruder.

She circled the glade, stepping over the slabs that littered the grassy floor. “Jon?” she called softly. “Jonathan? Are you here, my dear?”

The summer breeze sighed through the branches. Otherwise, all was silent.

“Jonathan, mon cher. Don’t tease me! I’ve come all this way, and I’m tired and mussed, and I do want you so much. Come out now!”

She did look a bit disheveled, but the effect was attractive. Jet curls that had worked their way free strayed fetchingly over her bare shoulders. Her black satin overskirt was torn in one place, revealing a shapely ankle and calf that made Hugh’s mouth water. Her ample breasts were heaving from exertion. Indeed, they threatened to escape her fashionably extreme décolletage.

“You are such a little devil,” she went on, her French accent adding to her appeal. “I know you are in the bushes somewhere, hiding, watching me. You are punishing me for my little games this afternoon. Well, I am quite happy to have you watch. Let me show you what you are missing, mon petit chou.”

She began to disrobe. Hugh started to cry out, to warn her. Then he held his tongue.

As if she knew where he was concealed, she turned to face the ancient oak. Reaching behind her, she unlaced her bodice and pulled it off her shoulders. Her skin gleamed like marble under the moon. A pendant like a robin’s egg lay nestled between her breasts, sending off green sparks when it caught the light.

Now she was working at her skirts, untying and unfastening, struggling to free herself from the many layers of cloth that encumbered her limbs. Finally, she shimmied out of her shift, kicking it across the glade with the pointed toe of her slipper. “There. Are you happy now? Do you like what you see, little man?”

She stood, arms extended slightly, and rotated so that he could appreciate every perspective. She was magnificent, from her swelling breasts to the pale columns of her thighs to the ripe bulb of her ample bottom. A dense black thicket of glossy curls obscured her sex, but Hugh thought he caught a whiff of her musk on the midsummer breeze.

“Please, Jon, that’s enough. Please come out, come out and take me. I need you, need you inside me. Don’t play anymore, s’il vous plait…”

Hugh stepped into the clearing, his cock bobbing in the moonlight. “Madame. I fear that I am not the man you expect. Still, if you’ll allow me…” He swept her into his arms and buried his face against her neck, breathing deep of her earthy scent. She moaned, grinding her body against his. Her pubic fur brushed over his cock and he stabbed forward, seeking entrance.

“Lay me down in the grass, stranger,” she murmured. “Open me. Take me.”

It wasn’t the surrender that Hugh had imagined, but it was sweet all the same. He sank his dick into her drenched folds. She gripped him and pulled him deeper, wrapping her legs around his hips. They rocked and bucked together. He’d try to retreat, to thrust, but she would only hold him more tightly, squeezing his flesh, sending ripples of pleasure travelling up his cock.

The lady rolled him off onto the grass. Leaning on one elbow, she scrutinised his face. “I know you,” she said finally. “You’re one of the actors, from Shakespeare’s company.”

“Hugh Templeton,” he said wearily. “At your service.”

“And very fine service it was,” she laughed. “So, did Jonathan send you, that scamp?”

“That short, handsome young fellow that just joined the troupe. The one with the face so soft it’s almost girlish. He promised to meet me here.”

“You don’t mean Ben? The lad who plays Titania?”

“No, no! Jon is shorter and slighter than Titania. Very intelligent and well-spoken, too, though he seemed a bit shy. At least, until he proposed to meet me here. All at once he turned quite bold.”

Hugh suddenly remembered the young messenger that he’d sent to Ben. Who was he? What was going on?

He tried to sit up, but the lady pressed him back to earth. “Now, don’t be in such a hurry. The night is young.” She leaned over and kissed him, her tongue brazen and exciting. “I’m Cecile, by the way. Cecile Léfevrier.” She straddled him and rubbed her damp bush over his limp member. To his amazement and dismay, his cock began to stir and harden. She bent to take him in her mouth, accelerating the process of engorgement. Hugh moaned. After his apocalyptic spending, the sensations were unbearably acute.

“Actually, I’m also in the theatre business,” she commented as she sheathed his resurgent cock in her tight, wet channel. She rode him hard, every downward thrust burying him deeper. Hugh groaned in pleasure and despair.

“Perhaps, we should talk about your career.” She ground her pubis against him and convulsed in another shuddering climax. “Later…”


Don't forget to leave a comment, including your email address!

I've always loved MIDSUMMER NIGHT'S DREAM, so this will be great!