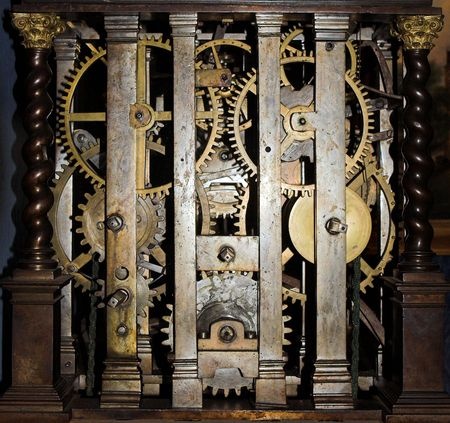 I've always felt an affinity for the Victorian period. I was wearing high-necked blouses with cameos, long flowing skirts, and lace-up boots in my teens, long before they were fashionable. (The corsets came later...!) With my long hair parted in the middle and pulled back into a bun, I could well have been one of the heroines in the books I loved so much.

I was also a science geek from my earliest days. I received my first microscope when I was five, and my first chemistry set at seven. I entered every science fair. In seventh grade, I won grand prize on a televised science quiz show.

So it’s hardly surprising I’ve become a devotee of steam punk. I've been in love with this strange meld of science fiction and Victoriana for as long as I can remember – long before steampunk even had a name. When I was in high school, I devoured H.G. Wells and H. Rider Haggard, and shared a Sherlock Holmes obsession with my dad. Later, I marveled at Neal Stephenson's The Diamond Age and more recently, I discovered Gordon Dahlquist's incredible The Glass Books of the Dream Eaters.

Recently, a new fan wrote me an email raving about this book. To quote him: “I'm still shuddering from pleasure as I type this.” 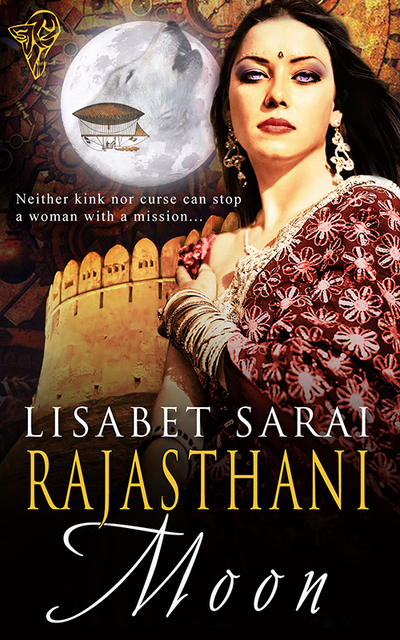 You can buy the book at your favorite online store:

And here’s a PG excerpt. You can find spicier bits on my website and my blog.

“Your money and your jewels,” he growled in Hindi. “Quick now!”

Cecily lowered her gaze, feigning modesty. Meanwhile, she tightened her hand into a fist to release the knife. Nothing happened.

Her fall must have damaged the mechanism. Bloody machines…

And, in the interim, the bandit had produced his own much longer blade, which he now held to her throat. “Do you understand me, woman?” He switched to Rajasthani. When she still didn’t respond, he tried Gujarati. “Give me your valuables. Now!” Apparently losing patience, he plucked the gold hoop from her left earlobe with his other hand, while still pressing the cold steel against her skin.

“Ow!” she protested as the wire tugged at her flesh before pulling free.

“Aha! You can speak after all!” He glanced around the plush interior, no doubt noting brocaded cushions, the silver tea service, the crystal goblets secured to the wall in their polished wood racks. “You look like you’re loaded, lady. Give me your purse before I get tired of waiting and slit your lovely throat.” Despite her Indian costume and the dusky complexion she’d inherited from her Ceylonese mother, the brigand addressed her in English this time, probably cued by the obvious provenance of the artefacts that surrounded her. The clarity of his pronunciation surprised her.

Sprawled on the floor, tangled in her clothing, Cecily glared up at him. A swathe of dark cloth wrapped around his head hid everything but his deep brown eyes. Sheltering under elegantly arched eyebrows, those eyes glittered with malice and craft. He had long, lush eyelashes that any woman would envy and a high forehead that bespoke considerable intelligence. A brute, no doubt, but scarcely dumb. She’d have to move with the utmost care.

“If you will put somewhat more distance between your blade and my flesh,” she began, keeping her voice sweet and level, “I will be able to reach my money. It’s pinned into my waistband.”

The bandit’s eyes flicked to her bare midriff. She let her hand drift down towards the concealed pistol as though she were about to extricate a hidden pouch of coins.

Before she could reach her goal, he shot out his hand, catching her wrist in an iron grip. “Allow me.”He slipped his dagger into a sheath slung across his chest, then grabbed her other wrist and pinned it with the first. His hand was large enough to encircle both of hers.

“Now, then…” He trailed his fingertips across the naked gap between her blouse and her skirt. Electricity sizzled up Cecily’s spine. The next thing she knew, he slid his hand under the fabric of her skirt, rooting around for items more solid than her soft, round belly.

He groped for a moment, while she held her breath. His calloused fingers struck sparks from her flesh. Of course, he discovered her weapon almost instantly. He drew it out, chuckling once more when he saw its size. Her skin mourned the loss of his touch.

“What a surprise! A gun instead of the promised gold.” He tightened his hold on her wrists until she feared the bones would snap. “Who are you, my lady? Not, I think, a common traveller.”

“That’s none of your concern…sir.” Cecily decided that it might be wise to be polite.

“Oh, I think it is. Not many women travel on their own across the wastes of my country, especially in the most modern of conveyances. Those that do are wise to carry a weapon—but this one will not help you. Who sent you, madam? What is your business here?”

“I’ll not share my business with a common brigand.”

“And if I were someone else? Would you tell me then how and why you happen to cross my path?”

Cecily of course had a cover story. Her documents attested that she was the sister of a wealthy Bombay textile merchant, come to Rajasthan looking for business contacts. She was not, however, about to divulge anything to this rogue.

“I will tell you nothing.”

“Indeed? I think I may be able to change your mind.” After tucking the pistol into the folds of his garment, he drew out a length of what, aside from its strange silvery colour, looked like common rope. He dangled it near her trapped wrists. “Bind,” he said.

The rope came alive, coiling like a snake. Quick as a cobra strike, it looped itself around her forearms—once, twice, half a dozen times, pulling tighter with each cycle. Before she could devise a plan, Cecily found her crossed arms were laced together as firmly as the back of a corset.

“So that you can stab me? Or shoot me? Who knows what other cunning devices you have hidden about your charming person? No, on the contrary, I think I’d be wise to bind your legs as well.”

Do you like steam punk? If you do, leave me a comment with your email and I'll send you my free steam punk story, Green Cheese.
Posted by Lisabet Sarai at 3:00 AM

That book sounds great. I really need to get it. Thanks
debby236 at gmail dot com

I totally love steam punk. It's great to see how modern ideas are made I a steam punk world.
flubber2kool@gmail.com

I've sent a copy of "Green Cheese" to each person who commented!