In planning for this blog, I decided to turn the tables on my friend and mentor, Lisabet Sarai. All the usual blog prompts have grown stale. I wanted to do something different.

Lisabet has read most of my stories and even some articles I have written for a mainstream media site, The Goodmen Project. I briefly participated as a blogger on her site, Oh Get a Grip, where she was periodically forced to blot out the stains I made upon the fabric of the English language. More than anyone else in the field, I was comfortable asking her what she would like to know about me, or my writing, that would inspire/entertain/enlighten her readership. Here was her reply:

I've been thinking about your question. One of the things that has always struck me about your stories is that despite (mostly) being narrated by male characters, the female is always the one in focus. Your heroes are deeply appreciative of the heroines, showing them a lot of respect and rarely trying to boss them around. And to a large extent, the women drive the plot.

In a word, they're exactly the opposite of the "alpha" heroes of traditional romance.

So you might write a post talking about this aspect of your work, why you write this sort of female-centered story.

When I say male-centric, I mean that the story is from the male main character's point of view. Yes, the women are central, but the only way the reader learns about what's in the woman's mind is through her actions and dialogue. My heroes are typically ordinary guys who fall into the orbit of empowered women—not wicked women like film noir—just women who know what they want and aren't afraid to go for it. Who couldn't love women like that? It pretty well encapsulates every woman I've loved or lusted for.

My latest book, Plumbers and Other Lovers, features an AC technician, a plumber, furnace repair technician and a beach bum/handyman. There are no alpha males, no billionaire bad boys, no self- destructive ego maniacs— just simple guys trying to get through life and find their way to the bedroom. That's the trope, but Lisabet is asking where it comes from. Hmmmm. Igor, open the crypt.

I just turned sixty-six. My sexual prowess is slipping away. I first noticed the decline at age sixty-three. I've been mourning in a sense, watching a part of my life pass away. It's a bitter sweet transition. Sometimes the view in twilight is better than under the harsh noon sun. Sex has been a great source of joy and pain for me. It's a cruel trick of nature that a man's sexual prowess is greatest when he has the least ability to use it properly. Sexually satisfying a woman is on the top of the guy list.

It's not just my age doing me in. The medicine I've recently been prescribed for longstanding prostate problems reduces testosterone and …ahem ...performance. This side effect might be treatable with the magic 'blue pill' that would let me lift bathtubs. However, there is a second more damaging effect of the medication, it drains the libido. The fantasy screen is going dark. It's a big change, and admittedly frightening.

I have been enchanted by female allure since the first time I felt that stirring in my pants at the sight of a naked woman—well over a half century ago. In guy terms I'm pussy whipped. The sight, sound, scent and touch of a woman—even if only imagined—has been a way of knowing I'm alive. It's been a mysterious, irresistible siren song. Losing that lifelong yearning has me asking who I will be— just another shriveled old man? Time will tell. None of us gets out of this alive. Heck maybe it will be like the episode of Seinfeld where George gives up sex and becomes a genius. I could use some of that.

For those of you who haven't arrived yet, the sixties can be wonderfully liberating. For me, old taboos started falling away like so much dead skin. At that first warning bell, I gave myself permission to explore my sexual fantasies, while I still had them. I thought it would be easiest if I did it via fiction. Prior to age sixty-three the only fiction I had written was sales reports for my managers. I'm poorly trained in the English language (as Lisabet will surly attest), I can't spell (that's a really long story) and I have the attention span of a fly. (Which is why I like short works.) Yet, I was drawn to trying to articulate my fantasies via fiction rather journaling, which I've done for over thirty years. Fiction allows much more freedom and a sense of detachment. (The devil made me do it.) In fiction I can make love to any woman I want, my wife could care less, and the woman enjoys it.

Despite my liberation, I felt no need to put my new found outlet in the face of others. If my friends, family and associates learned of my interest in erotica, they would drop dead in horror. I adopted a pen name (another story) and began scratching ideas. The trope which developed emerged out of my sexual inexperience, awkwardness with intimacy, and fear of rejection. In my limited sex life I have never been the initiator. All of the sexual relations I've enjoyed came from wives or lovers who led me to the bedroom like a lamb to the slaughter, and subtly taught me how to please them. Women are so skillful at seduction. Without the standing of a social scientist, I think I can safely state that if a guy becomes proficient at sex, it's because his women partners taught him how. We sure don't learn it in the guy world. Almost all of my stories incorporate both subtle and direct teaching of technique by the female characters. One of my hopes was I might reach a male readership and pass along some of what I have learned.

In real life, I am a handyman for hire, so the tradesman theme is a natural vehicle for me. My stories usually have some grounding in home repair, which I hope adds to the sense of reality. The sex part is pure fantasy. In twenty plus years of handyman work, I have never had even an inkling of the transgressive situations my heroes encounter.

These little tales have been fun to write, but this collection will probably be my last. As I mentioned, the light is dimming. I'm still writing, but shifting my focus to longer works with more plot and less sex. Maybe, if my IQ shoots up, I'll complete one of my WIPs.

If you're looking for a different flavor of M/F vanilla, you might enjoy Plumbers and Other Lovers. They are all short, perfect for passing the time while you are waiting for the cable guy to arrive. 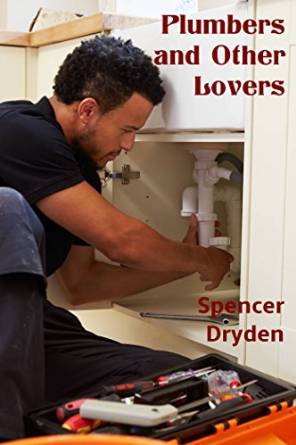 Plumbers and Other Lovers is a collection of four short stories about skilled tradesmen who stumble into romantic encounters in the course of their everyday, blue-collar lives. There is a tale for each season, beginning in summer with "Summer Heat"; on to fall for "Love Above See Level"; into the cold of winter with "Then, One Frozen Christmas Eve"; and finally, spring's "The Accidental Gigolo". It's four seasons of love and lust among leaky pipes. You won't find alpha males, billionaire bad boys, or self-destructive egomaniacs among Spencer Dryden's leading men--just ordinary guys who are drawn into the orbit of some enticing women. When the lights are out, the heat is off, or the pipes are leaking, these are the kind of guys a woman wants to see at her door: real men with tools and talent--and some smoldering sexuality. 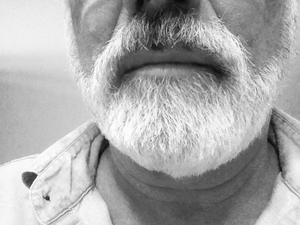 Spencer Dryden is a new writer but an old guy on the threshold of draining Medicare and Social Security.

In real life he is a handyman, an at-home dad, inventor and web videographer living a quiet life in the frozen tundra of Minnesota (USA).

Like all writers he has a cat but they don’t get along well. He can be found at the usual writer hangouts:

I'll circle back around later to respond to questions or comments

Thanks for being my guest. You've done a great job answering my question!

Hey Spencer, I've read at least one of your stories, and enjoyed it greatly. How funny that you and I write the same kinds of stories: M/F vanilla, with alpha females and beta males. The men I've become close to over the years have always been the kind who can "talk like a woman does", and express themselves intelligently and emotionally. Those men are so much more interesting to me than the alpha-holes who dominate (pun intended) Romancelandia: where every woman is young, virginal and has low self-esteem, and all men are huge, (ahem), hard, and eminently skilled as lovers. Yeah, right.

Exactly where in the frozen tundra of Minnesota? We're thrilled to be heading up to Grand Marais again soon for a week+ of camping. I've set 2 of my last 3 books up there, and plan to set at least another 2 there. I LOVE northern Minnesota! The pine forests...the fresh air...the clean lakes...the funny way people say "beg" instead of "bag", and pronounce "ou" like Canadians do. My kind of place! Unfortunately, husband says the winters are too long and too cold for him to want to retire up there. But I can dream...

Fiona: We live in a suburb of Minneapolis/St. Paul. We LOVE Grand Marais. When we had our 1979 21ft Minne Winne we went there all the time. The municipal campground is the greatest. We ran that old RV into the ground. My wife wants to get a trailer but that will require a bigger tow vehicle, so I'm not sure when we will be back there.
Yes, we do sound like the people in the movie Fargo donchya know

Husband's older brother and family live in St. Paul, walking distance (though a long walk) to the state fairgrounds. I'll be heading up there the end of June for a baby shower for my niece.

We have a small pop-up camper, so you don't really need a lot of towing power for it. I'd love to be able to get a Scamp, which is made in Minnesota and only sold by them. That would allow us to have something that doesn't need to be cranked up and down, since ultimately the more moving parts there are, the more can break down. This is our 3rd pop-up. But husband taught me to love camping, and I refuse to stop going at any age. If I ever make any money from my writing, that's what it will be ear-marked for.

We like camping in the more primitive places. We head up the Gunflint Trail to the various federal parks up there. We only head into town for supplies, like groceries, and of course, donuts, frozen custard, and fudge for the family, and beer/wine for me!

I hate sleeping in tents, too cramped. I need a place to hover and cook when it rains. Our RV was perfect for that.

Ah! So your story in Coming Together Through the Storm is based on personal experience!

Silly man! That's what rain tarps are for. My husband was a boy scout for many years, so he can cook anything over an open fire: pancakes, grilled meats, Italian beef, pasta...he's even made up a s'mores pie that was delicious!

Sounds to me like you need to get another camper and head back into the wild. I get some of my best story ideas when out there.