Is it better to be safe or loved? (@ColleeSMyers #scifi #romance #newrelease) 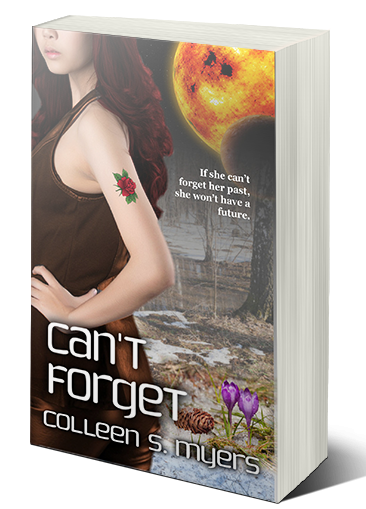 Is it better to be safe or loved?

Four months have passed since the E’mani destroyed the Earth and scooped up the remains. Elizabeth “Beta” Camden was one of those taken. With the help of their enemies, the Fost, she escapes and confronts her prior captors successfully. Though she knows she should remain vigilant toward the E’mani, she follows her heart instead and falls in love with Marin, the sexy Fost warrior.

She should have trusted her first instinct.

This time the E’mani don’t come in force–they slip in silently. And any hope Beta had of a peaceful life is lost. She leaves in the dead of night to find the E’mani stronghold and end them once and for all. But love is a tricky bitch. It takes a threat to Marin’s safety to make Beta realize, if she can’t forget her past, she won’t have a future.

“That is for later. No peeking.” Well, now I deeply regretted not looking. He must have read my expression because his laughter rang out.

And just like that he dropped it on me. I froze like a deer in headlights. My heart fluttered. I’d suspected for a while that he did. He’d told it to me in so many small ways since I moved in. I was the first and last thing he thought of every day, that last he had told me. But this was the first time he used the L word. How I felt was more complicated. I was human and he was Fost. And to be honest, I didn’t know what I was anymore, not after the E’mani because I wasn’t me.

He laughed even more at my expression. “It is all right, I do not expect a response, but I wanted you to know.” He glanced down and shifted in his seat.

I pretended it was fine like he said and cleared my throat. “So.”

The silence stretched for a few beats. But it wasn’t all right.

Oh, forget it. I was no good at lying to myself or anyone else. He needed something. 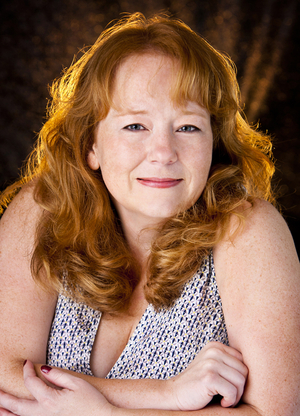 Colleen S. Myers was raised in a large Catholic family in the outskirts of Pittsburgh, Pennsylvania where she grew up on Harlequin teen romances and stories from her mother’s days as a paramedic. She went on to attend Allegheny College majoring in Biology and English.

After college, Colleen spent a year in service in the Americorp giving back to the community at a local Pittsburgh Women Infants and Children Clinic (WICC) before attending Kirksville College of Osteopathic Medicine on a military scholarship.

Upon completing medical school, Colleen attended residency at Andrews Air Force Base in Maryland and was on base in Washington, DC during 9/11. She earned three meritorious service awards from the military. After serving seven years of active duty, she promptly landed a position at the VA to provide fellow veterans with optimum medical care. Still an avid fan of romances into adulthood, her love of the genre inspired her to hone her craft as a writer, focusing on contemporary romance and science fiction. Her background in medicine and the military provides an inspiring layer of creative realism to her stories and characters.

Her first book, Must Remember, the first book in the Solum series, is published by Champagne Press. The sequel, Can’t Forget, coming in June 2016, is the recipient of the 2015 RWA New England Readers Award.

Colleen currently resides in Pittsburgh, Pennsylvania with her husband and son, and spends her spare time writing. She is also working on a new contemporary romance.

Look for her at Three Rivers Romance Writers, at Facebook Colleen Myers, and at @ColleenSMyers.

Welcome to Beyond Romance, Colleen!

I've seen a lot of your book on the web recently... hope your sales are doing really well.