Once and Again by M.S. Kaye (#coverreveal #sneakpeek #forbiddenlove @mskosciuszko) 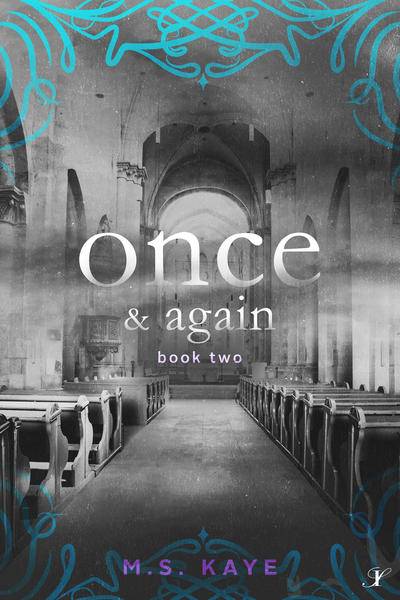 She was once his secret desire… Will she be again?

Father Aiden, an ex-marine and new priest, falls in love with Maylynn, but he struggles to stay away from her. He’s successful for many years, though he can’t keep her out of his dreams.
Then one day she shows up for a pre-marital counselling session with her fiancé, Davis. Aiden soon realizes Davis isn’t who he says he is, but what does that mean for Maylynn, and for himself?

Will be released August 4, 2016 from Inkspell Publishing.
Add to your to-read on Goodreads.
Pre-order on Amazon.

“You’re studying to be a priest?”

He made himself meet her eyes. “I am a priest.”

She let go of his hand and stepped back.

Her smiled was tight. “I’m glad you found your path.”

He couldn’t quite read her expression. The distance between them felt like a gorge chiseled into the earth.

“Are you all right, Maylynn?” he asked.

“I’m really happy for you.” Then she added, “Father Aiden.”

For some reason, her words stabbed him in the gut. He usually liked when people used his title—it seemed to imply a certain amount of trust.

“I’m sorry, Maylynn.” He wasn’t entirely sure why he was apologizing. He just didn’t like to see her uncomfortable.

“I’m happy for you,” she repeated.

Then he realized what the problem was. He hadn’t anticipated this.

Her forced smile finally dropped. “Why didn’t you tell me sooner?”

“Why aren’t you wearing your collar?” Anger prickled the edge of her voice.

“My mother’s last wish was that I find my father. I’ve been following her notes. She was convinced he was somewhere in this area.”

“Wait… Your mother’s name was Adalina?”

He nodded. With the number of times the shelter was mentioned in the notes, he figured his mother and Maylynn had met.

Anger flashed in her eyes. “You still should’ve told me.”

“I swear that wasn’t my intent.”

“You knew damn well what was going on. Was it a game—see if you still had it? If you could still get the chicks?”

Under the anger in her eyes, he saw the hurt. He swore he could feel it exactly, as if it was his own.

He shifted even closer, just in front of her. “I’m sorry,” he said again. His voice lowered, quieted. “I didn’t see what you were feeling because I was fighting so hard myself. I still am.”

“What I felt the first time I saw you, what I’m still feeling.”

She waited, glaring at him. 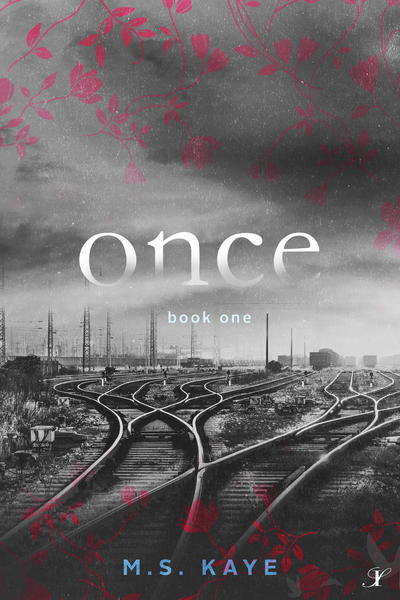 Will be released July 2, 2016 from Inkspell Publishing.

Her first and also her once.

Jonathan and Rebecca’s paths cross at exactly the right moment, when each most needs to hear what the other has to say.

But Jonathan is three days from entering the priesthood, and Rebecca leaves him to his peace. But he is unable to find peace.

Without each other’s comfort and strength, they must each struggle to forge a new path, with only memories of the one day that changed everything.

But are they able to forget and let go?

Will be released December 2016 from Inkspell Publishing.

Eden, a nun, is constantly struggling against her dark past of living on the streets, and her attraction to Trace, an ex-convict farm worker. After a twelve-year separation, Eden is finally reunited with her brother, Thomas, but why hadn’t she reached out to him in all those years? As Eden and Trace grow closer, confessing their pasts to each other, will they be able to resist getting too close?

M.S. Kaye has several published books under her black belt. A transplant from Ohio, she resides with her husband Corey in Jacksonville, Florida, where she tries not to melt in the sun. Find suspense and the unusual at www.BooksByMSK.com.
To receive news on upcoming releases, sign up for email updates on her website.

Thank you for hosting my cover reveal!!

It's a pleasure to have you, MS. Those are amazing covers, very dramatic.