What is it about werewolves that makes us squirm?

Paranormal romance is a popular genre. Those who read it love everything from vampires to angels, from demons to fairies. Bring on the supernatural hotties. Why do we crave these mysterious creatures and their worlds? For me, it's nice to think there are beings out there, other than boring old humans. Life can get dull and often painful and at the end of the day, it's nice to escape to a whole different world where anything can happen. Yep, that's right. In a paranormal story, the laws of reality don't apply. Which is one reason it's so much fun to write! The only limit is my imagination.

I'm working on a series about werewolves and werecats and I wondered, why do we find these beasts so sexy? There must be a reason we're so drawn to these creature who are human but can shift to a wild animal. Here are my top five reasons to love werewolves:

1. We can be as wild as we want with a werewolf. Since they run around on all fours and hunt small animals, anything we do will be tame compared to that. Leaving our underwear on the floor, burping, yelling across the house to each other, letting the leg hair grow long in the winter, all okay.

2. We don't have to pick at our food or have perfect table manners when eating. In fact, werewolves enjoy a woman with a good appetite and an extra few pounds on her. More to love.

3. They're powerful. Women are drawn to strong men because we know they will protect us and our offspring. As long as the guy doesn't go overboard with macho-ism, strength is sexy.

4. Some of them are tortured. They don't want to be a creature of darkness. When we love them, we help them accept themselves for what they are.

My hero in Ruled by the Moon, Dylan, fights his animal nature since he has a difficult time controlling his wolf during sex and he's harmed a woman once while trying to make love. Morgan has a way to help him, if he'd stop being so stubborn and let her.

Thank you for reading and I hope you enjoy this excerpt from Ruled by the Moon. 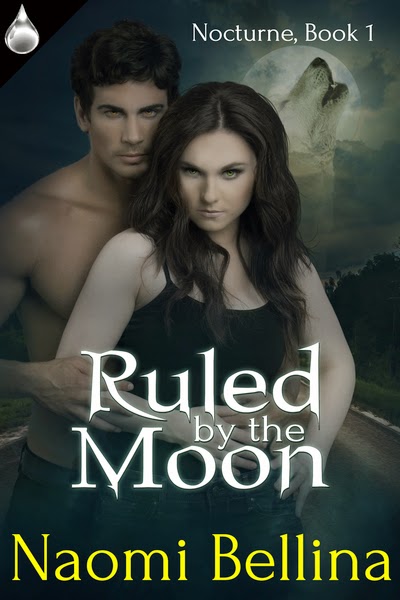 Blurb
A psychic vet, a secretive werewolf, a menace stalking the shifters. Welcome to Nocturne.

Dylan is a werewolf with a problem. He shifts at the new moon as well as at the full moon. He was born a werewolf, not made like most shape-changers and due to these unique traits he's avoided joining a pack and has given up hope of having a normal life. Morgan is a veterinarian, ready to be on her own for a good long time after leaving a cheating, spineless husband. She has a plan for her life that doesn't include a bossy, furry man.

Both are drawn to Nocturne, a town filled with magic due to a strong convergence of ley lines in the area. Morgan and Dylan recognize a connection when they meet, but neither one is looking for romance. After a harrowing encounter with a panther shape-shifter, they must combine forces and work together to uncover a menace that threatens the town. If they can learn to trust each other and let their guard down, they have a chance to solve the mystery and open the door to love.

“You really should get that lock on your door fixed.”

Morgan stood in the kitchen, leaning casually against the counter, not looking overly concerned to have a shotgun pointed at her.

“You really should knock and not sneak up on people.”

He lowered the weapon. “I leave the door unlocked a lot. Most people around here do. It’s not an invitation to enter my home.” Dylan’s heart pounded. She looked unbelievably hot. The air in the room danced with electricity and a shiver of wanting ran through him.

“How about that bulge in your pants? Is that an invitation?”

Aware that his cock was standing at attention, Dylan called up every ounce of self-control he possessed. The very worst thing in the world that could happen right now was for him to be close to this woman.

“Morgan, you need to leave. Now. It’s not safe for you to be here.”

Smiling seductively, she walked toward him. He backed up until they were both in the dining room. Her eyes sparked as she undid the tie on her coat and dropped it to the floor. He moaned. The reality of her naked body was better than his imagination. Full breasts, with brown jutting nipples, a little roundness to her belly and hips that begged for his hands to hold them. She didn’t shave herself bald, revealing the hair on her head to be her true color.

“Look, I know you think this is a bad idea, but I’d really like a chance to prove it’s not. I know you want me. There was enough fire in that kiss to ignite a volcano. Come on, let’s give this a whirl and see what happens.”

Smiling, she walked to him and brushed her breasts against his chest then leaned her pelvis close, rubbing against his pants. The silk material was so thin, he could feel her coarse pubic hair on his stiff cock. Dylan closed his eyes. He knew he needed to get the hell out of that room but he couldn’t move. His body ached with desire.

Reaching through the opening of his pants, she grabbed his cock and slowly stroked it with her fingertips.

“Damn, you feel good. I’m so ready for you.” She put his hand between her legs.

He could feel her heat and almost taste her wet juice in his mouth. Saliva formed and a powerful rush of energy roared through his body. Don’t, don’t, don’t! His mind told him to push her away and run like hell, while every cell in his body longed to take her.

Calling up every ounce of strength he possessed, he pushed the animal back and wrapped his arms around her, buying his nose in her hair. That smell! It was more intoxicating than his whiskey. As his body made contact with hers, heat seared through him in a path right to his soul. She fit perfectly, as though she were designed for him. His heart leapt, and for just a moment, he thought it was going to work. He was going to make love to this enchanting woman. He was going to see his hunger reflected in her eyes, was going to feel her move with him in that ancient dance of desire. He was going to wake up to her smile in the morning.

Then he brushed his hand across her bare back and his nail dug into her skin.

Morgan yelped and pulled away from him.

Shit. It was not going to work. He couldn’t hold it back, he was going to change.

“Get out of my house, now!” he ordered

Morgan backed away slowly. “Why? What’s going on?”

“Get out!” He turned his back to her.

He stood, panting, trying desperately to stop the shift but it was no use. In a few moments the beast would be in control.

Buy Links for Ruled by the Moon:

Naomi lives in sunny Florida with the love of her life and a magical calico cat. She writes for various fiction and non-fiction markets but is drawn to romance because her characters insist on canoodling and falling in love. So she lets them. Her interests include dancing, motorcycle riding, drumming and creating healthy meals. She takes the opportunity to play whenever possible. Her motto: Never pass up the opportunity to have an adventure! 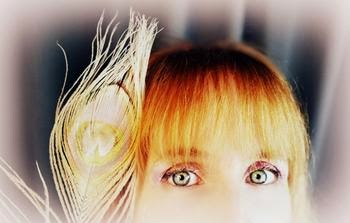 Where to find me (I play around at Pinterest, Goodreads, and other places too)
Naomi Bellina
Provocative tales of love, lust, passion and magic
http://www.naomibellina.com/
http://www.facebook.com/NaomiBellina
https://twitter.com/TheGoddessNaomi
https://www.tsu.co/NaomiBellina

Welcome back to Beyond Romance, Naomi! Great excerpt.

Good luck with this series.

Thanks so much for having me here. It's a pleasure to share with you and your readers.

Thanks so much for having me here. It's a pleasure to share with you and your readers.