Wouldn't you like to be Taken by the Tyccon? 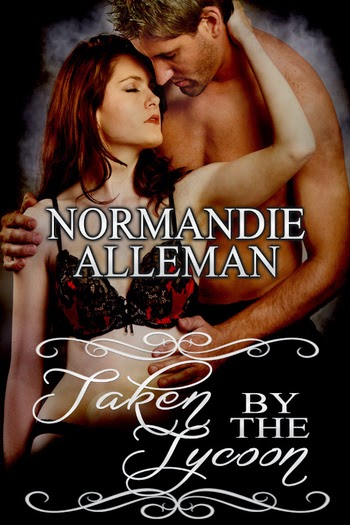 Violet, what is your best and worst quality?
Hmm. My best quality would probably be that I am fun-loving. I like to have a good time. And my worst quality is something that I’m working on. I’m too worried about what other people think of me.

What is your biggest secret that nobody knows about?
That I’m terrified of going into menopause! Eeek! My worst nightmare is turning into an old crone, so I’m fighting this aging thing every step of the way.

What do you want more than anything?
To be with comfortable in my relationship with Stuart, and find a way to stop worrying that he’ll leave me for a younger woman.

How much of a rebel are you?
I’m a rebel in my own way. I’m independent, and I like to do my own thing. But I have to admit I do worry about people saying bad things about me, so that keeps me in check to a large degree.

What about Stuart – is he a good or a bad influence on you?
Both! He doesn’t give a fig about what people think. He’ll get me into all sorts of trouble so that’s bad, but at the same time I need to let my guard down more. He helps me do that, so in that way he’s a good influence. He’s made my life richer.

What do you consider to be your greatest achievement?
Raising my daughter. She’s eighteen now, and I’m so proud of her. I’m also proud of my charity. It provides musical instruments and instruction to kids in at-risk school districts. Several of our kids have earned college scholarships with the help of the program.

What is it you most dislike?
Busybody socialites who have nothing better to do than gossip about other people. Get a life!

What is the quality you like most in a man?
Hard, well-defined abs. What? Is that bad to say?

What quality do you like most in a woman?
Wit. I love a gal with a good sense of humor, don’t you?

What is your greatest regret?
That Stuart and I didn’t find one another sooner. It probably wouldn’t have worked, but I crave more time with him and I hate for us to have wasted time in relationships with others. It’s not realistic to think this way, but sometimes I’m wistful about it.

Which living person do you most admire?
Christie Brinkley. Good Lord, the woman is in her sixties and have you seen how amazing she looks? I should probably say someone like the President, but oh well. I’d love to look that great at her age!

What is your motto?
Live each day as if it’s your last.

Taken by the Tycoon by Normandie Alleman

He reminds me of the men who grace the walls of stores where my daughter shops. Men with rippling abs and sinewy ropes of muscles. Men intended for younger women.

I never expected him to notice me. Imagine my surprise when he cornered me in the locker room, pressed his incredible body against mine, and forced me to acknowledge a desire more powerful than anything I’d experienced before.

Now that he has introduced me to the pleasures of being dominated, he wants to possess me completely. But how can I risk my heart, when I know his affection will never last? 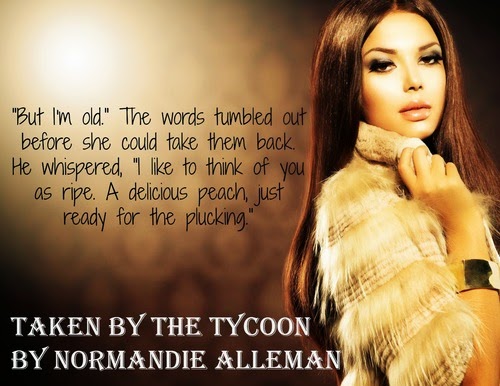 He kissed her on the forehead. “You truly were a very good girl today. Next time I’ll bring my ropes.” His eyebrows lifted, the anticipation palpable for them both.

“If you are a good girl and promise not to touch yourself until I see you next week,” he said.

He grabbed her by the waist and whispered in her ear menacingly, “That pussy of yours belongs to me.”

Her eyes widened. “It does?”

There was an intensity in his eyes she’d never seen before. “Do you want it to?” 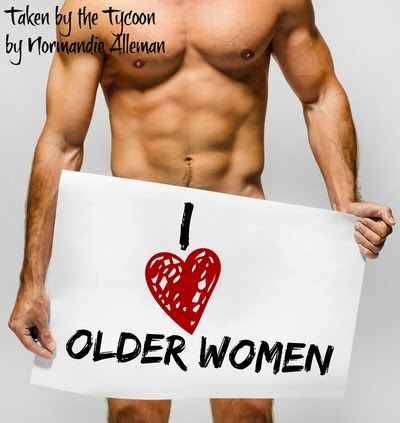 A former psychologist, Normandie has always been fascinated by human behavior. She loves writing quirky characters that are all too human. Fiber arts, baking, and Pinterest are a few of her favorite pastimes. She lives on a farm with a passel of kids, an adorable husband, and a pet pig who’s crazy for Red Bull. If you’d like up to the minute new release info on Normandie’s books text RACYREADS to 24587 (Use all CAPS).

Welcome back to my blog, Normandie!

This sounds like another fun book. I love your teaser graphics.

Thanks Lisabet, and thanks for hosting me today!

Thanks Colleen. They are fun!